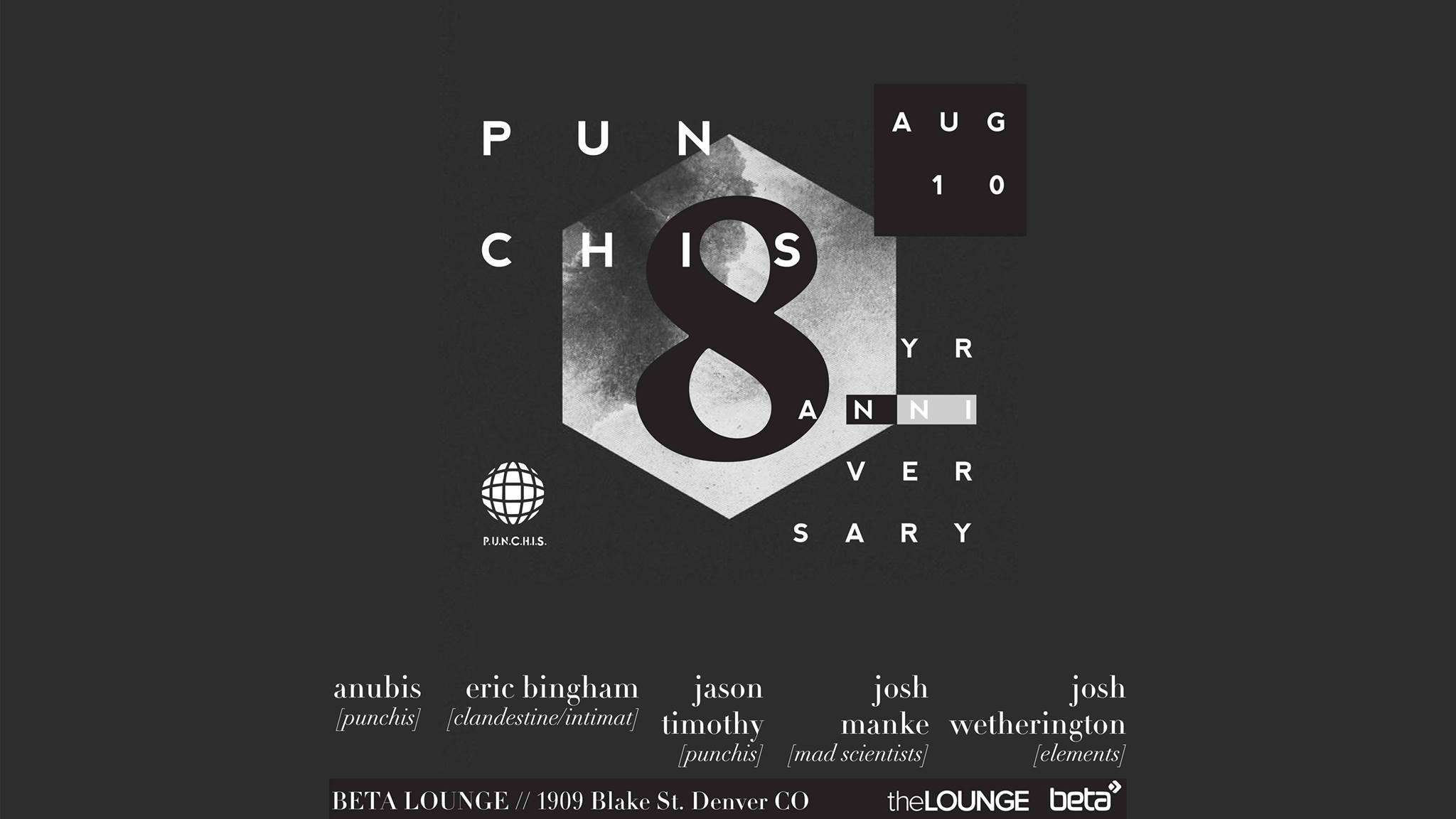 This August, Denver promoter P.U.N.C.H.I.S. is celebrating an astounding eight years of residency at Beta Nightclub with a series of shows you won’t want to miss!

Denver house and techno family, mark your calendars! This August, local promoter P.U.N.C.H.I.S. will celebrate the 8th anniversary of their weekly residency at theLOUNGE at Beta Nightclub, marking the longest-running house and techno residency in a Denver club to date.

All month long, P.U.N.C.H.I.S. will bring an array of top-notch events to Beta, including an official 8-Year Anniversary celebration on August 10 featuring Josh Wetherington, Jason Timothy, Eric Bingham, and Anubis.

In addition to the official party, every Friday in August will feature stellar lineups curated by local collectives The Elements, Mad Scientist Productions, INTIMäT, and Clandestine Recordings. On Friday, August 31, P.U.N.C.H.I.S. will play host to a live stream by Ultrawizardsword featuring Caley Martin B2B Anubis and Paul Fleetwood.

Additional announcements are still to come, so RSVP to the Facebook events linked below to get all of the latest updates. Check out P.U.N.C.H.I.S.’ latest podcast and read on for full lineups and details about the festivities! 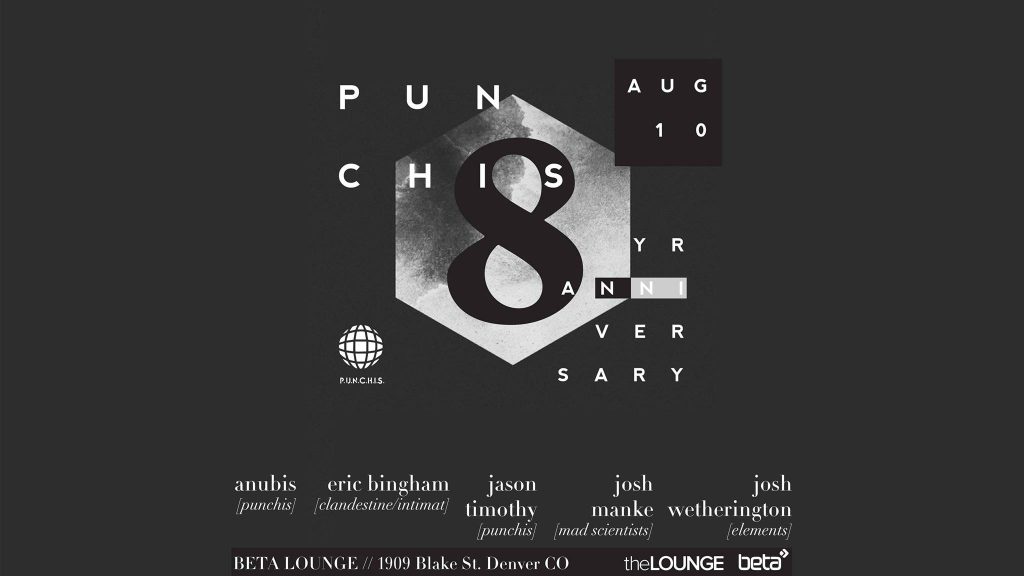 Connect with P.U.N.C.H.I.S. on Social Media: