Let the excitement flow through you as Brownies & Lemonade, AMFAMFAMF, Anjunabeats, and more have curated stages at Electric Zoo: The Big 10!

With the summer months getting us in the mood for festival fever, Made Events and Livestyle are pulling out all the stops for Electric Zoo: The Big 10. Their stacked, 10th Anniversary lineup features a plethora of amazing artists in electronic dance music. Adding to the fun, some beloved brands have been added to the mix to host special stage takeovers over the course of the weekend!

The announcements about the monumental edition of Electric Zoo continue to keep rolling in, making us excited as ever for their anniversary year. Kicking off the festival on Friday, August 31 is a takeover from Hyperhouse x Night Bass at the Sunday School Grove, setting the tone for what’s in store. This lineup features artists like Anna Lunoe, AC Slater, and Chris Lorenzo, and you won’t want to miss it!

Earlier this month the news dropped that Zeds Dead’s Deadbeats will be hosting at the Hilltop Arena stage on Saturday, September 1. Bringing some heavy beats Eprom, Mija, and of course Zeds Dead, this stage will be bass music central! Joining in on the fun on Saturday is Gary Richards’ AMFAMFAMF which will be bringing some heat at the Sunday School Grove with sets from the likes of Wax Motif, Stooki Sound, and some Dirtybird favorites Shiba San and Justin Martin!

If you thought the fun was stopping on Saturday, boy were you wrong.

Sunday has a trifecta that few can rival with Anjunabeats, Brownies & Lemonade, and HYTE hosting stages at the festival. The Anjunabeats takeover notably features an insane b2b2b between Andrew Bayer, Ilan Bluestone, and Jason Ross that should be quite the ride at the Riverside stage.

Brownies & Lemonade will be bringing their highly curated list of artists that includes Medasin, Graves, and Manila Killa to the Hilltop Arena. Finally, HYTE is prepped and ready to blow you away with some serious house beats with a b2b between Chris Liebing and Dubfire, as well as a solid set from Pete Tong!

Tickets for Electric Zoo: the Big Ten are on sale now via ElectricZoo.com, get your’s today before the prices increase! 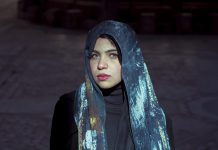 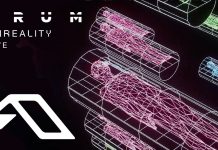