Dash Berlin has released an official statement explaining the recent cancellation of many gigs around the world.

After announcing that he would not be taking the stage at Exchange LA this past weekend, many were simply hoping that Jeffrey Sutorius aka Dash Berlin had fallen under the weather and needed some time to rest up. We all know how rigorous it can be for artists who are constantly on tour and playing shows around the world, but something larger seems to have transpired.

Today, Stuorius has released an official statement surrounding his absence from the scene and recent show cancellations in a statement released to the media. In the statement, he explains that Sebastiaan Molijn and Eelke Kalberg, along with the Vanderkleij Agency registered the Dash Berlin name without including him and have effectively blocked him from playing under the alias.

For those who are unaware, Dash Berlin is actually a trio that consisted of Molijn and Kalberg, who produced the music, and Stuorius, who performed the songs live. Stuorius has severed ties with both the agency and Molijn and Kalberg, and intends on taking this to court for resolution, leaving the future uncertain for one of the electronic music scene’s favorite artists. After severing ties he reached out to the media directly as he has been blocked from all of his social media accounts.

“Through this statement, I inform you that at the end of May I severed my ties with Vanderkleij Agency, Sebastiaan Molijn and Eelke Kalberg (booker and management of Dash Berlin). The reason for ending the relationship is mismanagement in the past several years and neglecting my interests. I recently found out that Molijn and Kalberg together with Vanderkleij Agency registered the name ‘Dash Berlin’ in their own name. I did not realize that as such it might not be possible for me to perform under my Dash Berlin name. I requested my lawyers to put this matter before the court, so that this matter can be resolved. All this has had a negative influence on my health, and I was advised to take it easy. I would have preferred to announce this through my own social media channels. However, after ending the relationship my access to the social media accounts was blocked. I hope that all this can be settled quickly and that I can continue to perform. I love my fans and I hope they will understand.” 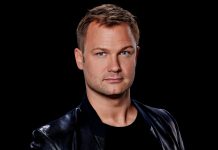 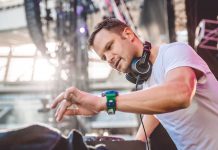 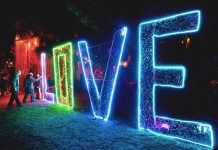 Get In the Valentine’s Day Spirit with Our Spotify Playlist