After taking a hiatus in 2018, SXM Festival has announced its return to the Caribbean Island of Saint Martin in 2019!

Debuting on the island of St. Martin back in 2016 and hosting a successful edition the following year, SXM Festival brought the sounds of the underground to the Caribbean in a stunning fashion. Hosting exclusive parties at iconic beaches, nightclubs, and villas that featured some of the best in house and techno, it quickly became known as one of the best destination events to attend in this hemisphere.

A series of devastating hurricanes that rocked the region in 2017 put the organizers in a difficult place as the community worked to get back on their feet. Turning their efforts to fundraising and giving back to the paradise that they call home, the Two Bunch Palms Foundation was created to benefit the island both now and in the future. The result of this hard work and dedication also ushers in the return of SXM Festival to St. Martin this year, providing the perfect setting for those who attend from March 13 – 17, 2019.

Releasing 200 five-day discounted tickets back on May 29 for the brand’s most loyal attendees, they include first access to limited Boat and Jungle Party tickets as well as information on lineups, guests, and events prior to the public knowing. These “Super Early Bird Passes” can be purchased now via Eventbrite and are a great way to lock in the lowest price possible at $295 (+Fees).

While details surrounding the lineups and more have yet to be announced, if the past editions are any indication of the quality artists that will be taking the stage you won’t want to miss out on this festival. Over 2016 and 2017, SXM Festival featured sets from legends in the house and techno scene like The Martinez Brothers, Lee Burridge, Black Coffee, and many more. Stay tuned as more information will surely be surfacing as we get closer to the festival next year! 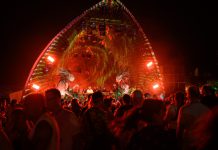 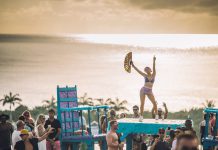 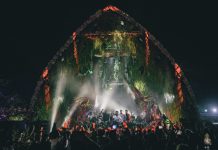 SXM Festival Returns with a Stunning Phase 1 Lineup for 2020