Imagine Festival is turning five and bringing a ton of artists to Atlanta to celebrate along with them like Zeds Dead, RL Grime, Galantis, and more!

Over the past few years, Imagine Festival has grown into a must-attend event for those who are living in the Southeast United States. Known for their epic production, lineups that are full of quality artists, and the fact that they’re one of the few remaining independent crews left, it has become clear that they truly have dominated the scene in Atlanta.

Set to return to the Atlanta Motor Speedway over the weekend of September 21-23 this year, Imagine Festival just announced the first artists that will be gracing the stage at the festival. Blowing us away with their main stage offerings alone that will be bringing acts like Armin Van Buuren, Alesso, RL Grime, Adventure Club, and more to the table, the lineup only gets better from there.

ZHU and GRiZ will be bringing some heat at the Amazonia Stage along with sets from Jai Wolf, Cashmere Cat, and a slew of other acts that have become well known for their impressive sounds and forward-thinking production. The Disco Inferno Stage will be playing host to artists like Green Velvet and Oliver Heldens for those looking to get down and dirty, while the Aeria Stage will be providing some trance grooves from Paul Oakenfold and Gabriel & Dresden. Read on for some words from the Imagine Festival Founders and check out the full lineup below!

“Topping the prior year’s lineup has undoubtedly become a bigger challenge each year. Through many special requests, our fans and the Imagine Family have helped to curate another dream lineup. Our fan support has been an integral part in this festival’s growth and we cannot wait to welcome you all back for our best year yet.”

Tickets for Imagine Festival are on sale now, grab yours today via www.imaginefestival.com/tickets/! 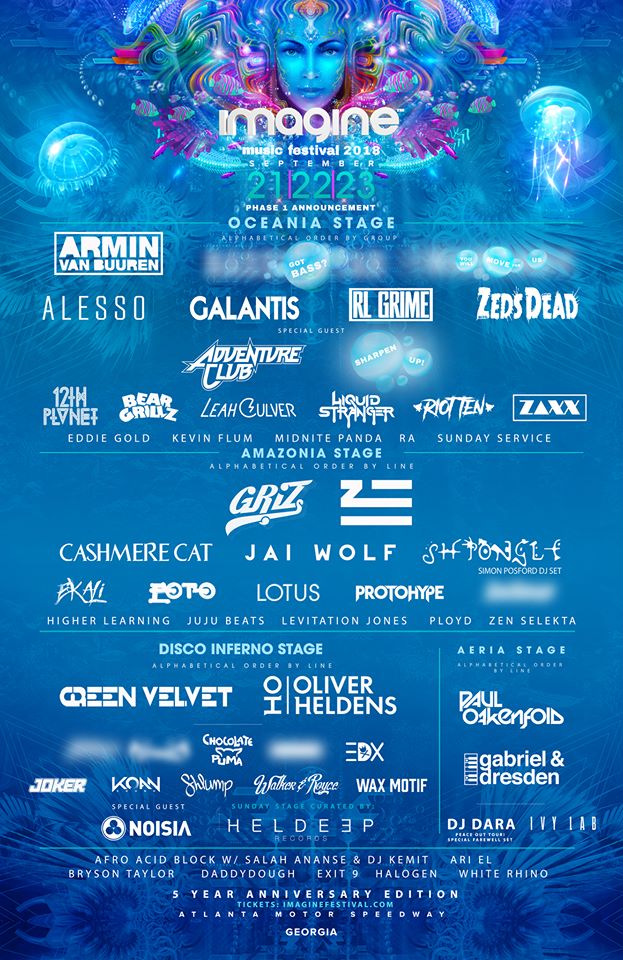 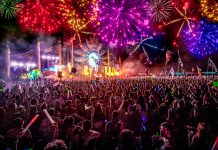 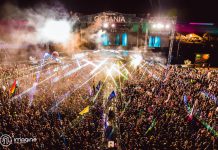