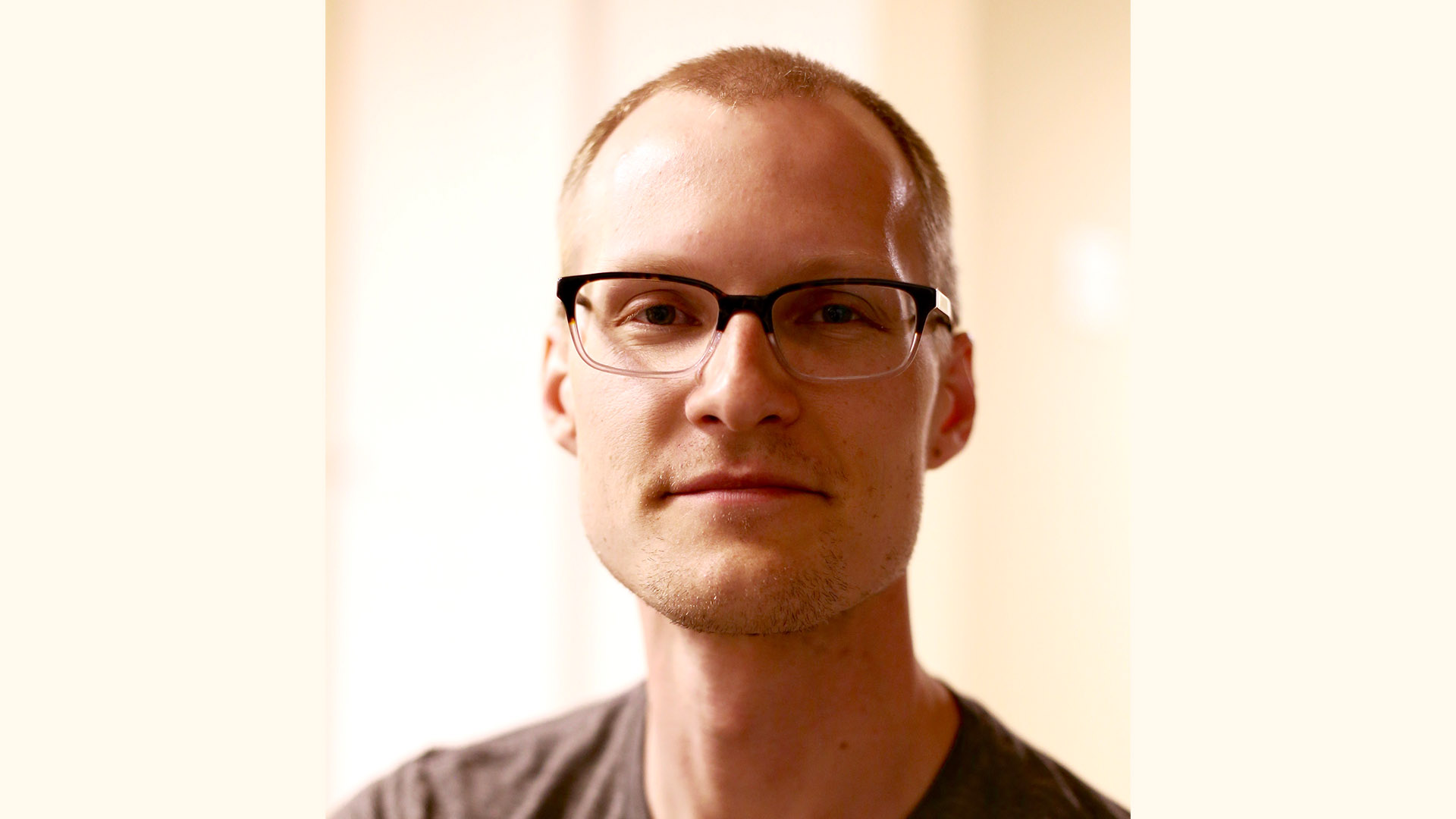 When you think about beats that go well with the climate of the Pacific Northwest, it is hard to ignore the more ambient or downtempo side of electronic music. Playing perfectly with the vibe that the region seems to have it is a fitting soundtrack for all who tune in. Enter Mayten, an artist who is based out of Seattle and bringing you the more chilled out stylings that many have come to fall in love with.

Pushing the boundaries of ambient sounds through his own releases and radio show, Mayten has been making a mark on the scene with no plans on stopping anytime soon. Working with both analog and digital equipment, he has created some of the most unique tunes to listen to in the downtempo world.

Aside from his recently released Somebody Walked This Path Before EP, which was a masterful body of music that also brought plenty of emotion along with it, Mayten also produces a radio show. Dubbed Tectonic Electronic, the show broadcasts monthly on Seattle’s 104.9FM and is available on streaming platforms as well. Looking to get some more insight into his work as an artist, we sat down to chat with Mayten about the beats he produces, his radio show, and more. Read on for our chat and stream his exclusive guest mix below!

What initially drew you to the downtempo side of electronic music and what do you think makes it stand apart from other genres?

I didn’t listen to electronic music growing up or anything. I was all into Muse and Korn and System of a Down and stuff like that. I also played classical piano since I was a kid though, and learned to appreciate the nuances of music and melody. I studied some music in college, particularly really contemporary and avant-garde type of stuff, which taught me to listen to the parts of music that aren’t often even considered music.

I happened to hear some downtempo electronic music when I moved to Seattle after college, and it just immediately made sense to me. I felt like it had emotion and energy, but without burying the subtleties of texture. As I tried to find ways to focus and relax while living in the city and was becoming more of an adult, downtempo just became this sort of definition of my adult life. It wasn’t intentional, but it provided something I needed and became part of me.

Earlier this year you released the EP, Somebody Walked This Path Before. Can you speak to the production process and how you developed the EP?

2017 was an interesting year for me. It was my first year as a father, which is an exciting and emotional time that forces you to reevaluate everything that matters to you, as well as the person and parent you want to be. Plus, it’s exhausting! I also lost my own father to suicide in 2017, which kicked everything I was feeling up to a new level. I wanted to capture some of the blurry eyed ambience of the year and recognize the new meanings that music took for me while struggling to find calm and focus.

All the tracks on this EP started as ambient textures, blending layers of pads with strange reverb and delay combinations. These inspired drums and bass, slightly more organic than I’ve used before, and developing the pace of each track. Then I spent a lot of time playing synth melodies over what I had so far and recording long takes, later going back and editing down to the pretty sparse leads I ended up with. I worked on all four tracks pretty much simultaneously, which I think helped me keep them more cohesive and tell a story.

Through your Instagram page, you’ve shown off a variety of equipment you’ve used to make your music. Do you prefer to produce your music using analog equipment, and what is your favorite piece that you have in your studio?

I try not to pick a side in the analog debate. I try to just use whatever works at the time. I’ve written plenty of music solely with software! I think hardware is really great for getting more tactile control over your music though, it’s so much easier to use both hands with keys and knobs than it is to use a keyboard and mouse.

That said, I can’t deny I love playing with sweet analog gear! I’m not convinced the sound is really irreproducible, I think it’s more about the workflow. Each piece of gear inherently has a different workflow, so you’re going to naturally end up making different music with each piece. I personally like buying used gear, making music with it for a while, and then selling it and trying something else. It’s one way that helps inspire my creative process. I feel like at least the first few times you play with a new piece of gear, music almost creates itself.

If I have to pick a favorite piece of gear, I’d probably pick Elektron’s Analog Rytm drum machine. Their workflow is so weird at first, but they sound amazing and really force you to think differently about your music.

Your drum machine wants to come with you. Elektron Analog Rytm, powered by a TalentCell 12v battery, on a Kosmo stand.

The more ambient styles of electronic music have been discussed by many for their therapeutic properties or the ability to help the listener focus. Do you feel that this is true, and if so how has this style of music helped you in your own life?

I wholeheartedly agree. I got into downtempo and ambient styles by listening to them while working, doing house chores, driving, walking the dog, stuff like that. It worked naturally and has always helped me focus. I think we are so much more influenced by our environment than we like to admit. The sounds and lights around us can affect our mental and emotional state so much.

I think music is one way we can harness that fact to some extent, and guide our own emotions when we need a little help making sense of them. I find music helps me focus but, more importantly, the right music can help me calm down and relax when life gets too crazy! It’s an escape into a feeling you get to choose.

Earlier this year you launched radio show Tectonic Electronic on Earth Radio. How did the concept of this show come about and what goes into the track selection for each two-hour episode?

That’s right! The concept was really to curate and support new music in the downtempo and experimental genres that I love and try to make my own music for. The scene in Seattle for this type of music is relatively small, but I think there’s so much happening in these genres worldwide right now, and I really want to make space for it and support it here in the northwest. The radio show feels like a step in the right direction.

It’s a monthly show, which gives me plenty of time to curate music all month. That’s really the most important part, so it’s nice that we can do it on the go so easily now, thanks to mobile apps for SoundCloud, iTunes, Spotify, etc.. I spend time all month listening to new music as much as possible, usually while working or commuting, and curating along the way.

As the next show gets closer, I get all the curated music together and start mapping out the show, looking at must-play tracks and how I can mix everything together in key. Naturally, some tracks just don’t fit, and I end up editing along the way. I was hyper-prepared for the first shows, but right now I’m trying to be a little more live and in-the-moment with it, by having more music curated than I need, and picking tracks to play in real time, since it’s not a podcast but a live radio show after all!

What are your thoughts on the rise in popularity of genres like ChillHop by way of 24/7 YouTube stations and do you think that this platform could help shine a light on other ambient genres?

First off, I think ChillHop is great. It’s a really interesting story how it has developed, but I don’t really think the story is necessarily unique! I think many artists and genres are finding success in unorthodox ways now. It used to be that major labels would be in charge and that was that, but now, with so many different online platforms all operating in their unique ways, there are more ways than ever before to find success.

I’ve always believed that it’s a tough road to try and be better than everyone else at the same thing, and it’s way easier to find a new way to do the thing. If you can find a brand new way to build an audience and find success, then haven’t you gotten closer to the root of art itself in a way?

If you could only listen to three artists of any genre for the rest of your life, who would they be and why?

My love for downtempo and organic electronic music was undeniably inspired by Bonobo, Tycho, and Kiasmos. Not that I don’t listen to any other genres, but these three would really encompass a huge part of what I want music to make me feel.

Seattle is known for its beautiful cityscapes, unique atmosphere, and plenty to explore in nature. Do you have a favorite place you go to when you’re looking for some inspiration?

There’s a lake, and a park on the water, right across the street from where I work. When the weather is decent (not raining too hard), I often head over there and just sit by the water during lunch. It’s right by downtown but, during the middle of a workday, is oddly calm and quiet. It seems like the perfect metaphor for the music I’m trying to create.

I’ve developed ways to bring different pieces of my analog gear with me, using batteries and adapters, and I try to not bring the same gear too often. I feel like bringing this piece of gear out of its element, from the busy and messy studio and stepping out of the busy downtown world, it really inspires something different and unpredictable every time and it almost does it by itself. That’s what I strive for.

Finally, with the release of your latest EP in the rear window and the future ahead of you, what is in store in the future?

I’m just wrapping up a new single, which is the first time I’ve worked with vocals in my music! It started out as a long experimental piece, but an amazing vocalist from the UK reached out and recorded these really ethereal and breezy melodies over it. I ended up rearranging the whole song around the vocals and it turned into a really interesting experimental dance track, I think.

I’m working with a local Seattle label for the first time to release this single, which is exciting too! I’ve been trying to find a label to work with locally and to be part of some live shows with like-minded musicians in the area, so I’m thrilled to see what the rest of the year will bring. You’ll hear more about the single this summer, as well as live shows!