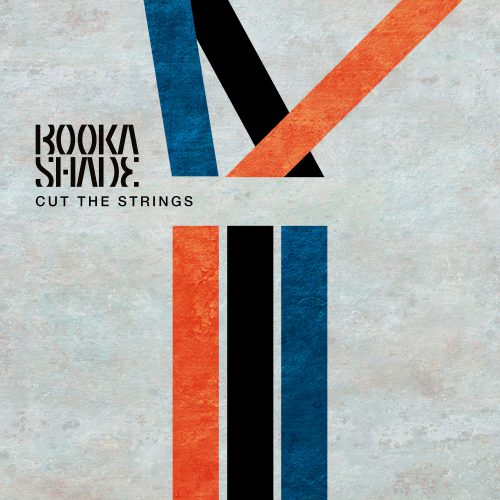 Longtime fans of German duo Booka Shade will no doubt be thrilled to hear that we are due for some new music! Cut the Strings, Booka Shade’s ninth studio album, will feature 11 new tracks and is set for release on April 4 on their own Blaufield label.

One of the tracks off that album, “Easy Drifter,” earned a premiere on Mixmag earlier this week, and if this is any indication of what we can expect with Cut the Strings, we are in for a treat. It begins with a restless, repeated synth line, which plays with dynamics to draw the listener in before the percussion starts up. It’s all layers from here – a slight, breathy vocal; a pair of dynamic, purposeful synth melodies octaves apart; and a vast array of sounds that give the entire thing a beautiful, unsettling quality that perfectly evokes its name.

Give it a listen, and stay tuned for the album’s release!

As one of the most renowned names in the trance industry, Richard Durand always comes with the fire. And on his latest single, “Pandora,” we are reminded once again why he is a force to be reckoned with!

With a beautiful blend between the classic trance sound and the modern day rhythm that keeps our bodies gyrating on the dance floor, “Pandora” ignites the senses for a sweat-soaked peak hour celebration of sound! I dare you to try and sit through this one. It simply isn’t possible!

It certainly seems as if Richard has the dance world at his fingertips as to date he has found himself positioned in the DJ MAG top 100 on five different occasions, has three artist albums under his belt including Always The Sun, Wide Awake & vs The World, and has taken over Tiesto’s iconic In Search of Sunrise for six consecutive editions. This month, “Pandora” sees yet another notch added to his ever impressive musical belt and we seriously can’t wait to see what he dishes out next! 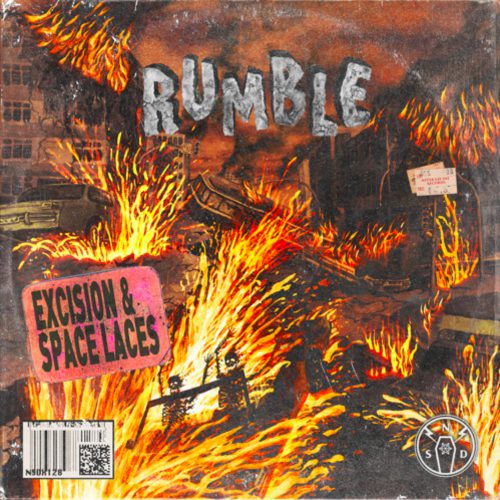 Legendary dubstep lords Excision and Space Laces have teamed up once again to create this explosive track, “Rumble”.

If you’re a dedicated basshead, you know Space Laces and you definitely know Excision. The two dubstep deviants have come together for several tracks, including their metal-inspired headbanger anthem, “Throwin’ Elbows”. Now they’ve joined forces once again on “Rumble”, a massive track released on Never Say Die.

A beautifully designed intro builds ferociously into a clash of a siren, weighted percussion, and pounds of bass before, “Let’s get ready to ruuuuuumble” sounds. Get ready to make some room for your elbows as a monumental bass drop ensues, clearly incorporating both of the savagely unique styles of Excision and Space Laces.

Check out this insane banger of a track below! 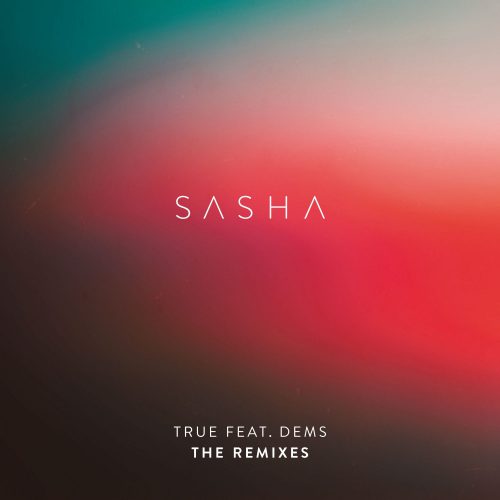 Garden City Movement give us an atmospheric take on Sasha’s “True” feat. Dems.

It’s always interesting to see what will happen when artists take a truly great track for a spin, and the official remixes for Sasha’s “True” featuring Dems are no exception. And we’ve got to hand it to Tel Aviv-based trio Garden City Movement, because their take on the tune is a gorgeous, dreamy remix that stands entirely on its own two feet – an incredible track in its own right. The powerful chord progression, modulated vocal, echoey windchimes, and deft use of negative space make for a tune a bit unlike anything you’ve heard before.

Garden City Movement consists of the trio of Joe, Roi, and Johnny, all of whom had considerable careers in their own right before coming together. Their debut album, Apollonia, is out now. 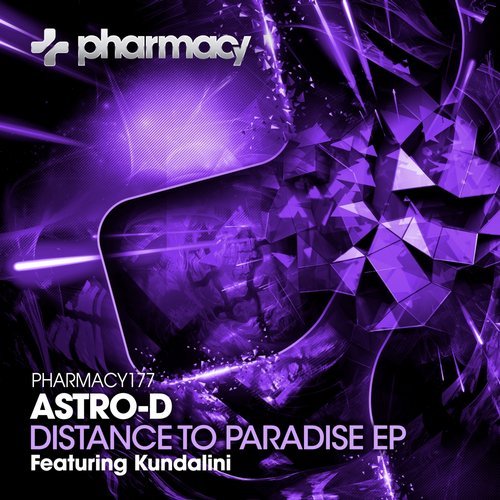 Earlier this week, Pharmacy records artists Astro-D dropped an electrifying EP that features the likes of fellow Pharmacy artist Kundalini. This Grecian raver turned DJ is fully attuned to the psytrance sounds. In fact, it was the Goa trance style that first enraptured a young Astro-D in the 90s and influenced his modern day sound.

In his latest three-track EP, Astro-D digs deep to produce a complex and riveting psytrance style, particularly in the title track. The second track is remixed by Kundalini, who manages to amp it up and create a more full-on psytrance beat. The EP ends perfectly with “Nightly,” an original Kundalini track. If you’re into the twists, turns and unexpected basslines that sometimes come with psytrance tracks, this is definitely an EP you don’t want to miss! 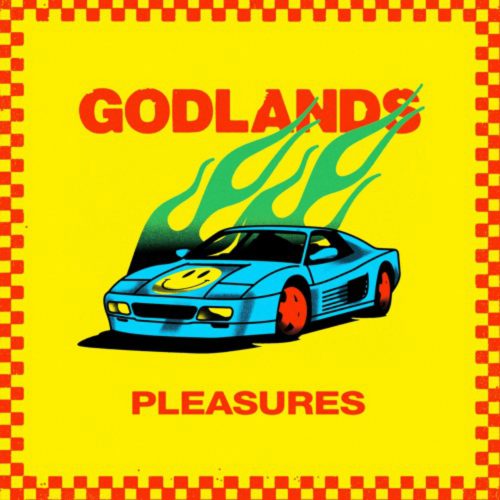 Australian bass producer Godlands is back with her new trap-inspired track, “Pleasures”.

Kicking off her recently announced debut tour, Godlands has released “Pleasures”, a medley of synth snaps and heavy bass throbs that’ll be sure to get your bass face on. With the first half of the track having a more trap vibe, the second half completely entrances us with an oasis of harmonic bass pops and feather-light chords.

Be sure to look out for Godlands in your area as she tours alongside bass mavens Excision, Jauz, Getter, and Quix. With a diverse sound design repertoire, we’re certain we’re going to hear more from Godlands, and we can’t wait. 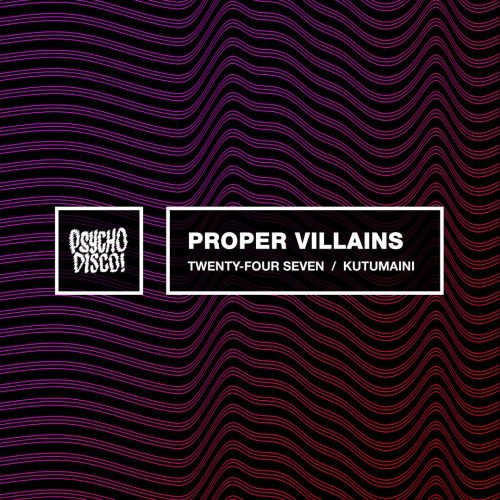 Returning to the industry with a House gem like “Twenty-Four Seven” is not just stellar, it’s a challenge to producers weaving the here and now. Between the bass line grooves’ infectious nature, the clap-along percussion, the tightly squeezed reed instrument simulation, and a great spoken word sample of some proper house-vibe dialog, the track nestles itself into being perfect for warming up the crowd or banging out the dance-floor during peak hours. The New York producer captures the vibes of house while maintaining the beauty of modern productions. Groove on fam – twenty-four seven! 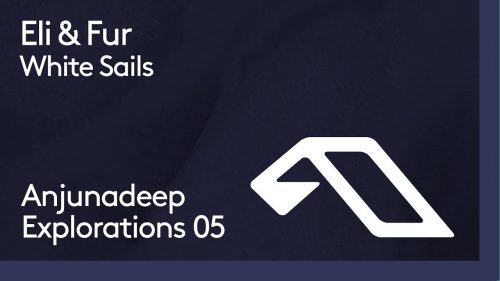 Eli & Fur, the femme duo of Anjunadeep, released “White Sails” on Monday of this week. The track is an excellent entry point to their catalog, which is a little more whimsical than some of their more reserved labelmates.

“White Sails” is decidedly chill, but with plenty of forward momentum to keep the track fresh. It’s unexpectedly catchy for a deep track, getting stuck in my head within minutes. The track is peppered with spacey bleeps and bloops, a sound I’m always a sucker for. The bridge boasts a sassy little bass line, and the vocal line at 2:00 or so is reminiscent of those on “With Me,” by Lane 8.