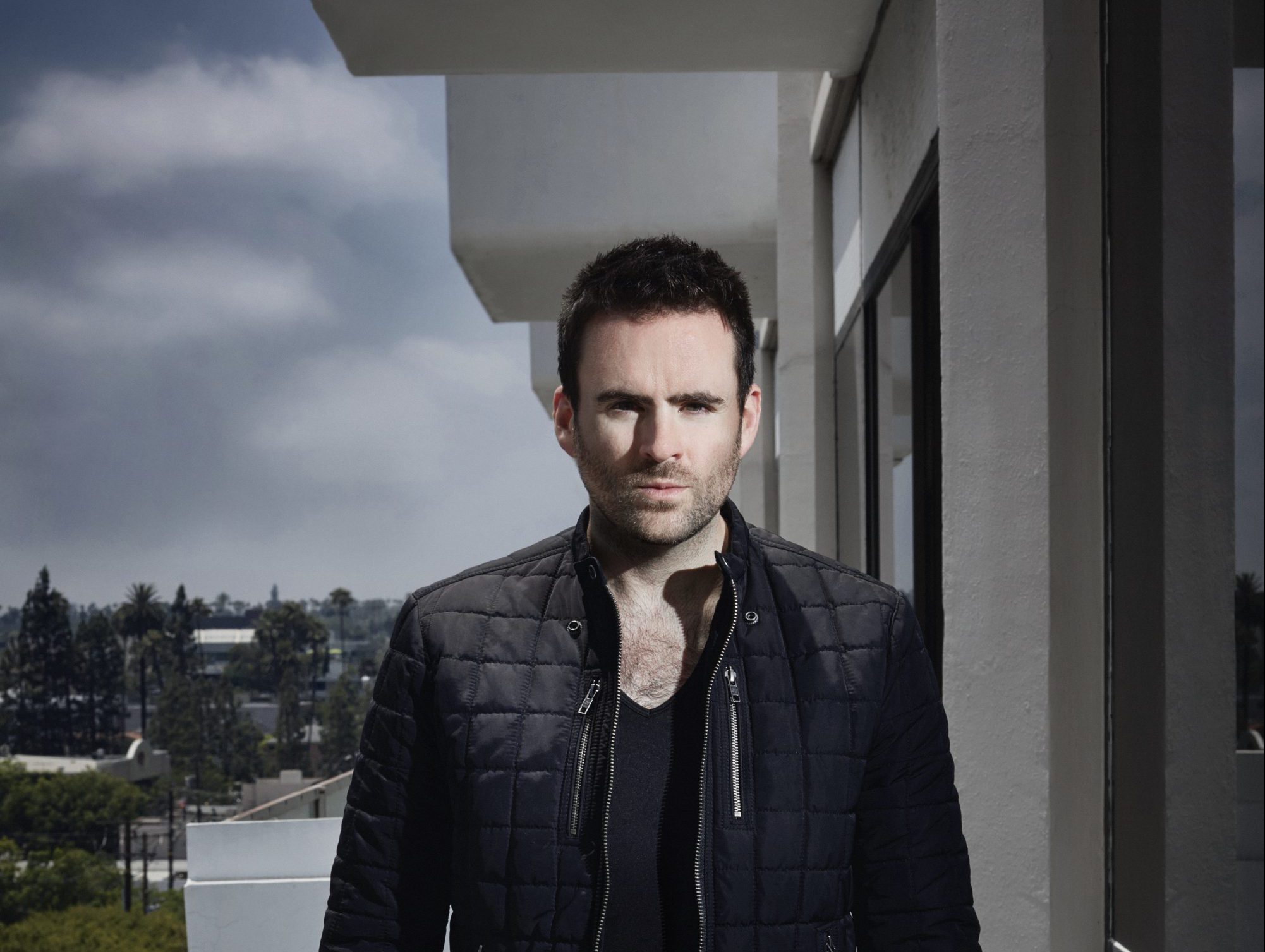 Gareth Emery chats about his new platform for artists to get a fair share of royalties, using crowd-scanning lasers at shows, and more!

As one of the movers and shakers of the electronic music scene, Gareth Emery continues to push the boundaries with jaw-dropping production elements. Most recently, he debuted a new show in New York City dubbed Laserface which, as the name suggests, was an onslaught of lasers and other production elements that left a lasting impression on fans. Originally a one-night-only show, a second date was added in San Francisco on March 17 to give the West Coast some love as well.

His status as an innovator in the scene is only furthered by his work behind the scenes, with the release of his new blockchain-based platform, CHOON. Conceptually giving artists their fair share of streaming content, many have already signed up to be a part of the platform and it has also won praise from many industry leaders.

With a massive 2018 on the horizon for Gareth, we wanted to chat with him about CHOON, his Laserface shows that blew fans away, and more. Tune in to his recent set from ASOT 850 Utrecht below and read on for his thoughts!

Essentially, we’re creating a much fairer system that makes far more sense for artists. Put simply, the existing system is a mess: we basically have a system that was set up in the days of jukeboxes and sheet music and has never really been adapted for the money era. It takes years to get paid, and there’s a slew of middlemen and intermediaries that take the majority of income that should be going to artists.

Choon uses the blockchain to allow far more transparent, immediate payments to artists which should allow payments in pretty much real time, allowing artists to make a lot more, and ultimately better, music.

There’s a great video here which explains most of it:

How many artists have already signed on for CHOON, and what has the reaction been like from the project?

Pretty amazing. Over 1,000 artists have already signed up to distribute music via the service. We’ve got amazing people like (2017 Grammy Winner) RAC advising us, alongside a great team from both the worlds of music and blockchain. It’s a hugely exciting company to be involved in right now.

Compared to other streaming services, what does the CHOON coin offer the average listener and how do you envision making the platform more mainstream accessible?

It’ll be usable and mainstream-accessible from launch. Obviously, it’ll take us a little while to build up a large catalog, but there are some large benefits for the listeners, like the ability to get paid cryptocurrency from curating popular playlists, or by listening to promoted tracks. It’s better than free, in fact. Although the blockchain/cryptocurrency element is extensive, it mostly happens below the hood unless you’re looking for it and won’t change the experience for the normal user.

Investors understand blockchain now, but the average music listener has very little idea about it. Are there plans to educate the general public on blockchain technology?

I think the public’s knowledge of blockchain is increasing all the time, and by having one of the first blockchain-based platforms available to the non-technical public-at-large, we hope to do our bit in that process. 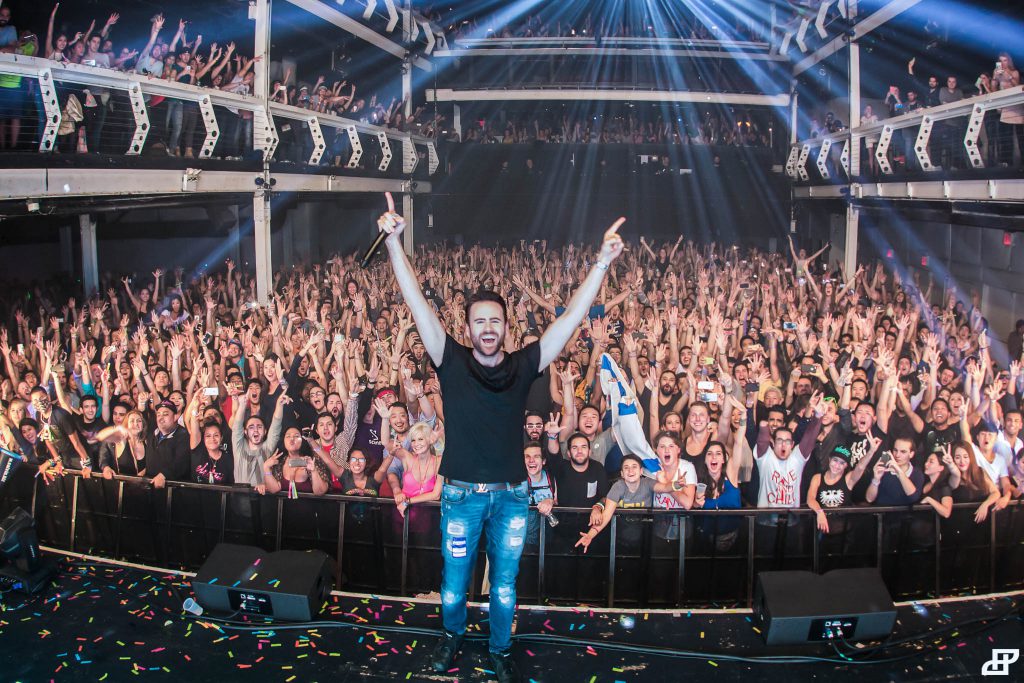 One thing that makes Laserface stand out from other productions in the US is your use of crowd scanning lasers. As there are multiple regulations surrounding these lasers? What hoops did you have to jump through and what was your rationale for using them?

Fortunately, Anthony Garcia our show director is an incredible laser designer/operator/programmer who has all the relevant safety qualifications to operate crowd-scanning lasers legally, so he’s able to take care of all that stuff for us. The challenge is doing it legally. You get massive warehouse raves in Eastern Europe where there’s very little regulation and they’ll use crowd scanning lasers that would be totally illegal in the US.

The rules are fairly strict here, for good reason, which is why most shows just don’t want to go through the cost/time of making it happen, but for a laser-focused show like Laserface, it’s vital!

During the Laserface show, you played quite a few IDs! Will we see another EP or album in 2018 with these featured?

Yep, I’m working on a bunch of new projects with Ashley Wallbridge. We haven’t quite figured out what format the finished product will be, but we’ve got over 10 tracks ready to go, so potentially that’s an LP project, and some of them are super-exciting.

You mentioned previously that Laserface in San Francisco will be the last show and that you’re moving on to other projects and ideas. Will you be implementing elements from the show into your future gigs?

There might be other Laserface shows, but this is the final one with the present setup. Once it’s done, we’ll take stock, figure out where we want to go with the concept next, and if schedules align, we might look at a V2 type show, but it’ll be quite different to the current one. It’s an incredibly rewarding project, but also very demanding, and we’ll have to figure out if we want to spend another six months of our lives working on a second iteration or not. [Laughs]

With you amping up your Garuda label once again, could we possibly also see the return of the Electric for Life radio show?

Nah, I’m done with weekly radio shows. As much as I enjoyed it, and I think mine was one of the better ones, there’s just so much choice out there so I don’t think mine was really missed. It took a day, every week, and losing it has allowed me to focus on projects like Laserface, Choon, the CVNT5 TV show, all of which represent a more valuable and unique contribution to the world of dance music than just another radio show.

You have made significant strides in being healthier over the past year. What prompted you to do so and do you have any tips for other artists on how to stay healthy while on the road?

It’s really hard. Not drinking most of the time helps, as does traveling with something reasonably clean that you can grab like Kind Bars or Keto Bars. But traveling, especially long haul, is a nightmare for keeping to a solid eating plan – the sleep deprivation, the jetlag, and if you’re tired before a show, you need to have whatever you need to perform, be it Red Bull or whatever. I’m definitely better at keeping healthy when I’m at home, but I don’t travel too much these days, so that’s helpful.

Finally, congratulations on “Saving Light” being named as the top tune for ASOT last year! What do you hope to achieve in 2018?

My biggest focus this year is Choon – getting the platform launched and starting to change our broken music industry will feel like an incredible personal achievement. But I’ve got some incredible music waiting to go as well. I’m loving the year so far: there’s nothing like waking up working on a multitude of projects that excite you.