Win a Pair of Tickets to Cognition Presents: Julian Jeweil & Pig&Dan at Avalon! 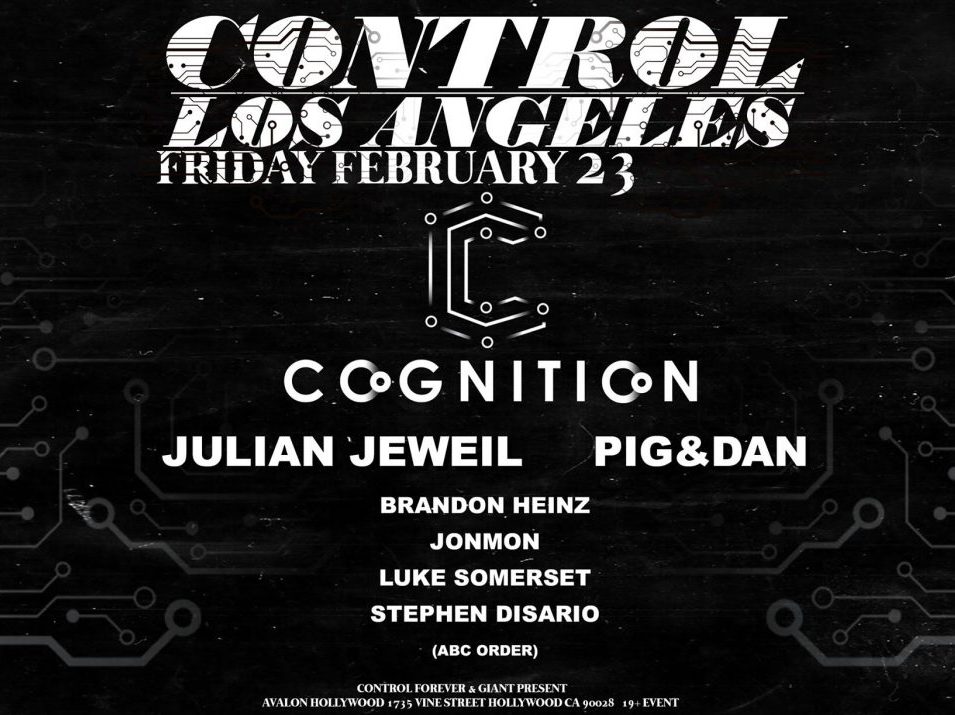 Julian Jeweil and Pig&Dan are coming to Los Angeles, and you’ll definitely not want to miss this show!

If you’re living in Los Angeles and want to get down to some quality techno, Cognition Events has got you covered with their takeover of Avalon Hollywood on Friday, February 23! Bringing you two of the hottest names in the techno scene, Julian Jeweil and Pig&Dan, this is going to be a show highlighting some of the best techno beats that will surely start your weekend off in all the right ways.

Coming to Los Angeles straight from France, Julian Jeweil is going to be spinning a techno set like none-other on Friday. Blasting off into the techno-sphere with the release of “Air Conditionné” back in 2007, he has gone on to release tunes on labels ranging from Cocoon, Plus 8, and Minus. Most recently he dropped the Space EP on Adam Beyer’s label Drumcode which was also met with lots of praise from tastemakers and techno heads alike.

Joining the party for some unreal techno vibes will also be renowned duo Pig&Dan. Well-known for their sets that keep dancefloors moving late into the night, this dynamic Spanish duo has brought their sounds everywhere from clubs like HalcyonSF and EGG LDN to festivals like Ultra Miami, Edit, and many more. Their track “Sandstorm” is absolutely infectious, and if you love techno and haven’t listened to Adam Beyer vs Pig&Dan’s Capsule you’re missing out.

Joining them for the evening will be Brandon Heinz, Jonmon, Luke Somerset, and Stephen Disario to keep the party going from 10pm to 4am. This show is definitely one that you should catch if you’re close to Los Angeles, so grab tickets via SeeTickets or enter our contest below for your chance to win a pair!

Love Julian Jeweil and Pig&Dan? Enter to win a pair of tickets!

Win a Pair of Tickets to Cognition Presents: Julian Jeweil and Pig&Dan at Avalon Hollywood! 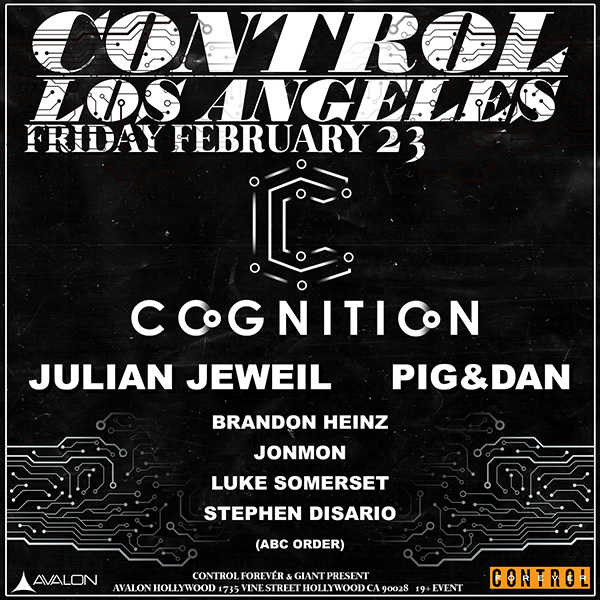