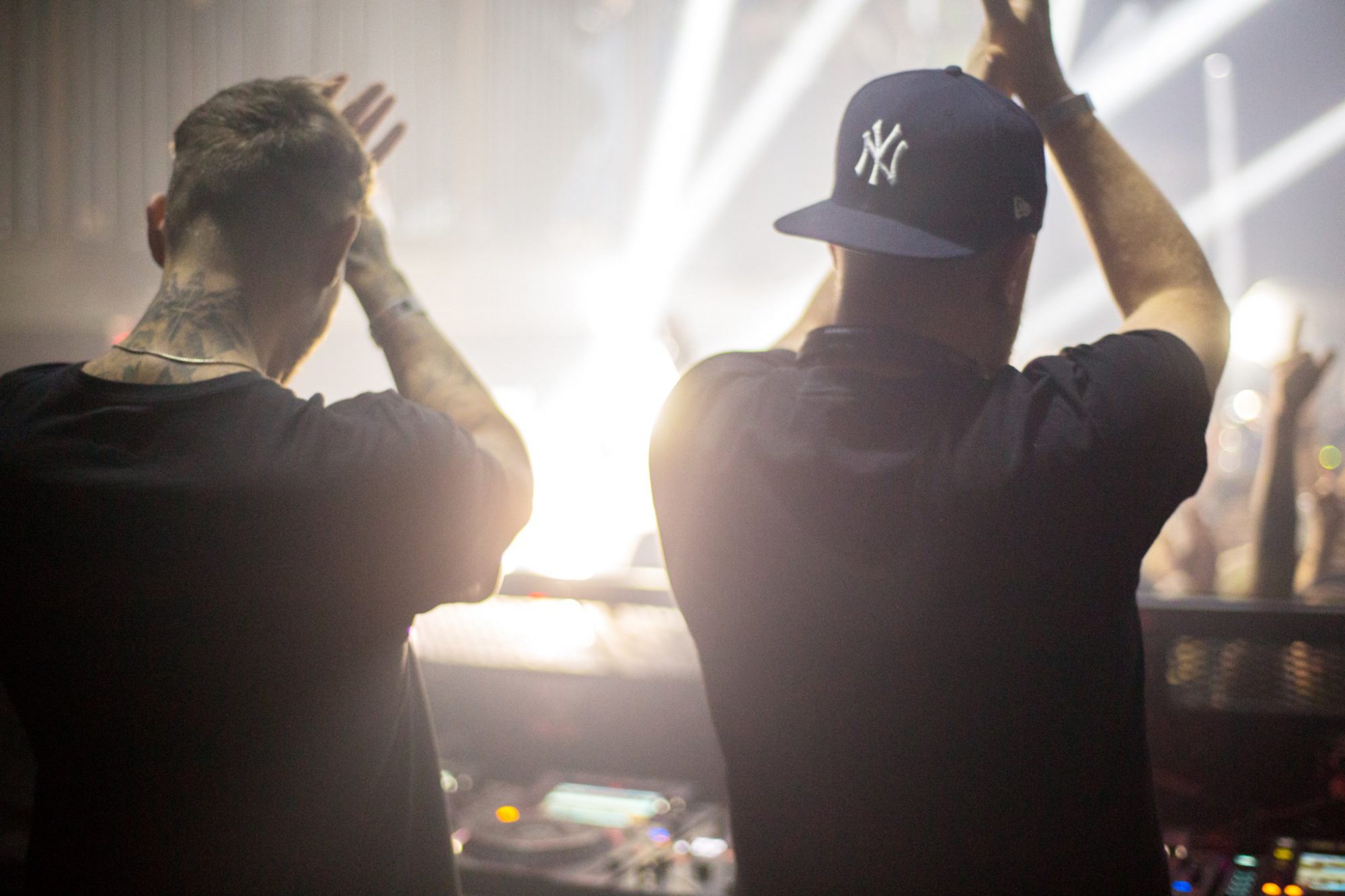 Eric Prydz’ series of three shows at Output in New York City were full of great music at one of the best clubs you can visit in North America.

It’s a cold, dark night in New York for the NYE weekend. I’m sitting in my Uber, slowly crawling. I see the final destination 300 feet in front of me, but getting there is a whole different ballgame. As the driver pulls up in front of the entrance, I see a large queue of people going around the block. Everyone is on the edge as they’re preparing for the main event in a little over an hour. Only a handful of artists can pump up a crowd that much before they even enter the venue and one of them is Eric Prydz!

The last time Eric Prydz was in NYC, it did not end well. Police shut down the venue on the night of his event due to a lack of proper fire safety.

Thousands of fans were left angry at what was promised to be one of the highlight shows of the year. Well, it took New York promoters almost 10 months to put something together. The end result was nothing short of amazing.  For three nights during NYE week, Eric Prydz performed at the famous Brooklyn club Output. I was there for the night of the 30th, and what a night it was!

In more ways than one, Output was the key ingredient to the spectacle. Every element you can think of when attending a show got better because of the club.

Let me explain. Before you reach the dance floor, you have the opportunity to chill out in a small cafe-like area. There’s internet available, and you can order a latte and sit down at a table and talk with friends. Once you’re done, you step inside and enjoy the music.

To my surprise, as you enter the dancefloor, you climb to the upper level that acts somewhat like a terrace. Couches are available on the sides to relax. The ceiling is rather low, making you feel as though you are in an underground location even though you’re not. There’s minimum lightning as well. The lights oscillate between completely off and strobe mode, reinforcing the idea that this is a warehouse location.

A few speakers are spread around the terrace as they hang from the ceiling. They’re perfectly calibrated for deep, dark music. The sound is as crisp as it comes. For once, I forgot my earplugs and I did not regret leaving them at home.

However, the club offers another experience as well. Go down the stairs, which surprisingly brings you within 10 feet of the DJ, and you descend onto the dancefloor.

Everything is opposite here. The dancefloor is packed, and you feel the intensity of the people around you. While most clubs have heavy speaker setups near the stage, Output does a 180. The main system is at the back of the dance floor. Two towering speakers, one in each corner, seem to do the trick here. Lights, a couple of lasers, strobes.

Everything you’d expect to find in a top venue is present, which is what makes the club fascinating. It’s rare to find a place that offers two opposite experiences. One is hectic, breathless, encouraging you to engage with the crowd. The other is calm, relaxing, allowing you to dive deep and go onto your own journey.

As if all of this isn’t enough, there’s one more thing that makes Output special, one thing that more venues should aim at implementing.

The owners of the club run a strict policy of no cameras allowed. The moment you enter, the crew put stickers on your phone cameras. No recording devices, professional or otherwise, can be brought inside. And most importantly, if security catches you trying to film, well then you’re in trouble. Consider yourself lucky if you’re not thrown out for infringing on the rules.

It might seem harsh, but the owners had a purpose. They wish to create an environment free of the most annoying thing you can encounter on a dance floor: a damn phone camera blocking your view! 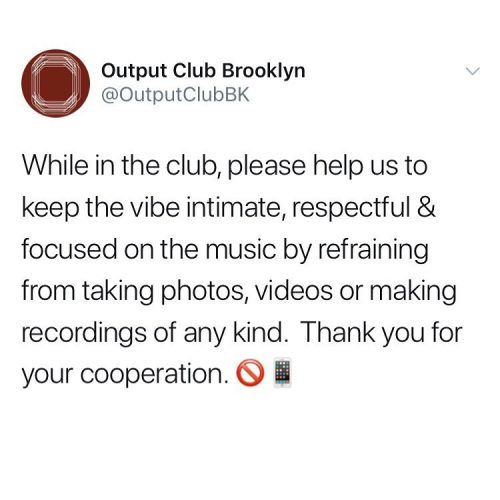 I simply can’t stress enough how much of a difference this makes during the evening.

We live in a world where everyone wants to be connected. People can’t stop the urge to share whatever it is they’re doing. They listen to their favourite song being played by their favourite DJ, and the instinct to record and share kicks in. It’s automatic in today’s society. Well, none of that happened on this night! There was genuine happiness in people’s eyes. The moments they experienced were for themselves and the friends they came with. No one else.

The show felt like a throwback to the times before cell phones had existed. People went out to live a unique moment between themselves and the artist on stage. A moment that as much as you try explaining to people after the event, there’s a spark that you can’t recreate. Eric Prydz made sure that plenty of such moments existed during his performance.

I haven’t even talked about the reason why everyone gathered in the middle of Brooklyn on a cold December night yet… Eric Prydz.

In a way, this speaks volumes for how good Prydz is as a DJ. Only the best of the best clubs are worthy of his greatness. And while this is certainly not the case for every location he plays at, New York always wishes to stand out from the rest. Fear not, however, for the spectacle was everything one can hope for from an Eric Prydz show!

By the time Eric got behind the decks, everyone was pumped. Oftentimes I find myself in a mixed crowd – half of it being there to see the DJ, the other half only looking to have fun. I was extremely pleased to see that for once, the majority of people had a common purpose. They let themselves be transported for three hours down the rabbit hole. 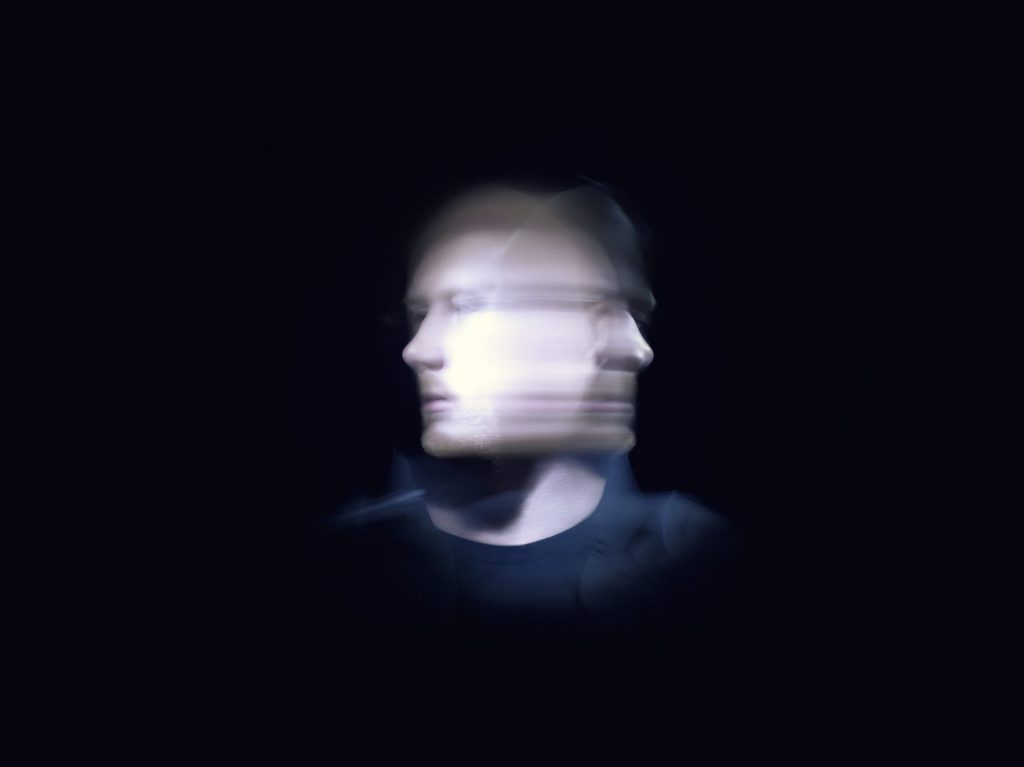 The opening salvo was a Pryda showcase through and through.

Plenty of fan favourites were played, both old as well as new. “Choo”, “Mejn Mein Madrid”, “Sunburst”, and of course his latest foray into the fringes of trance, “Stay With Me“. The focus was heavy on the darker productions. With the club giving an underground warehouse vibe, I wouldn’t have it any other way.

Of course, this wouldn’t be a proper Prydz event without plenty of IDs. Let’s be honest, the guy’s nickname is “King of IDs” after all. Above everything, what fascinated me the most about the opening 90 minutes was how fluid everything seemed. Transitions were butter smooth. Each song selection had a purpose and it built an organic progression of the music. The entire period felt as one long song filled with peaks and valleys.

Coming from mostly a trance background where modern DJs think the only way to mix a set is by cuts and short transitions, it was a joy to experience such talent on display.

Music is meant to provide an experience, to allow oneself to disconnect from the daily routine and embark on a journey. Sure, the trance way of mixing might keep the energy high during the night. Nevertheless, it’s completely missing the point of why most people love going out to music events. I wish that more DJs would refocus on crafting a musical story instead of on how they can keep the people constantly dancing.

The second half of the show was rather different. There were a few back and forths between the Cirez D and Eric Prydz aliases. The constant changes between techno and rather melodic, dare I say, slightly commercial progressive house was noticeable. It broke the surreal bubble that the first half of the night generated. Instead, there was more of a sing-along vibe, particularly when Prydz songs featured.

Unfortunately, there was also an equipment malfunction in the last hour. Even though Eric recovered quickly, it had an impact on the rest of the set. Things were no longer the same and I felt the cutting edge in his mixing disappeared.

Even though the event flyer promoted a 6AM closing time, that was not the case, and by 4AM the show finished.

It was a great shame because everyone was keen for more. Eric was getting back into his strides following the hiccup. The crowd was energised ready blow the roof off. The dancefloor was still as packed as at the start. The end felt rushed and abrupt. The storyteller had one closing chapter for his readers; however, he never got the chance to tell it.

For that reason, I left the venue with a slightly sour taste in my mouth. Don’t get me wrong, these were some of the best three hours I had in a long time at a show. For someone who predominantly attends trance events, that’s giving a lot of credit to Eric. Yet I believe instead of a great night, we could have had an unforgettable one with better planning.