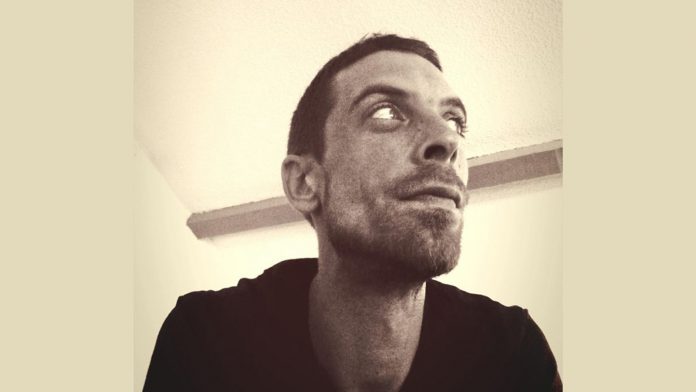 Get to know rising star ElektroBin in this week’s Artist Spotlight!

ElektroBin: An artist without a specific identity – not defined by a genre but by his creativity. His affinity with music began when learning how to play guitar that he patiently taught himself via an insatiable amount of practice and dedication.

Blending different styles of music ranging from classical, soul, funk, jazz, trip-hop, metal and others, ElektroBin first discovered music production in a distant 2001. Throughout all these years, fellow producers, sound engineers, DJs, have accompanied him and helped tremendously in nurturing the sound and making him grow as an artist.

Despite the fact that ElektroBin has never pursued a specific genre of music, he dabbles in trance, techno, electro-rock, drum ‘n’ bass, breakcore, and cinematic music. He’s confessed that he was simply interested in all of those genres, but not reaching his own identity as an artist.

ElektroBin’s taken on a quest to building up his personal identity as an artist.  Let’s dive in and see what makes this artist tick to his own time!

How do you describe yourself in 3 sentences for those unfamiliar with your sound?

Let’s not forget to be human above all.

Music is a story where only imagination is the limit.

I feel like the vector between my experience, my heart, and my influence.

What musical style has tickled your ears the most over the past year?

I discovered a passion for Afro-beat and especially for Tony Allen, who merged the style with others. The albums of Moderat and Koda have also marked me a lot. I also discovered Oh Wonder which I highly appreciate the musicality of their work. I still hang on to old albums which I continue to dissect to the scalpel (listening deeply) such as North Borders of Bonobo.

I admit, I listen to quite a bit of music in the styles I practice as well, but I still retain major influences. Lately, it has been a lot of classical music (Bach, Satie, Brahms, Chopin), from which I draw a lot in terms of composition. Otherwise I like to delve into different tastemakers on streaming platforms like Suicide Sheep, Educative Provocative, and Mindful Music. I find their choices very relevant.

But one thing for sure I really love retro music.

When producing, are there any specific tools that are “go to” for you, such as a specific synthesizer or software?

As with musical styles, I do not really have any limits. I’ve been working with samples for a long time. I really like changing the universe of a sample; merge it with a style that is not appropriate. There are really unexpected samples in my album (Queen, Mozart, Marvin Gaye to identify a few). Initially it was due for lack of technical means. Then it became a personal artistic choice.

I discovered and began using synthesizers years later, without studying sound synthesis, and I must say that I liked it very much. I began new titles composed of both samples as well as synths. I am very curious and open to many styles, and so it is for my sample selection.

Today, I work in FL Studio and utilize a variety of VSTs.

Collaboration was part of your past and has led to your growth as an artist. If you could collaborate with anyone in the world, who would you select and why?

Collaboration has always been a joy, but it is also very complicated to put into practice. I have often tried without succeeding. However, with “Slicecookers” (a group name for myself and Agatha Crusty), it seemed easy to work together, to understand each other. It is quite rare that things are so obvious with a partner. We are currently concentrating on the resumption of the duo we stopped 7 years ago. The aim is to create daring productions, fusing the modern with the unexpected like Neurofunk, Rockabilly, or Klezmer. We would like to create something new and fresh.

I would also like to collaborate with another longtime friend, James Darko. He works in a more Trap style, and has a sense of fusion and curiosity that I have always enjoyed. I also have ongoing projects with instrumentalists and singers who cross my path in the world. I am still working on what I find interesting, writing my dreams, and there are many people I would like to work with.

Provided the option, what’s a tool or skill you’d love to develop further than you have today?

There are several, in fact! An artist is rarely satisfied with his work. That’s what drives one to go further! I would love to learn sound design, even if I’m a bad pupil and that I quickly losses concentration. I would like to develop around the concept of “personal sound.”

I would also like to learn a little mastering and spatialisation which would broaden the spectrum of my compositions. I would also like to equip my home studio (I work with very few tools and means) to have the ability to record voice, guitar and other sounds at home, thereby border the composition as an improvisation.

Have you found that not having a specific genre has been a success to you as an artist? If so, what’s the greatest strength? If not, do you have a direction you want to head specifically right now?

Yes, quite a success! I have worked music since 2002 and made my music in a lot of styles without ever creating an alias. It’s always come out as ElektroBin. Not everyone followed these changes of course, but others remain fervent supporters and I’ll take this opportunity to thank them!

The strength I draw from is above all conviction. Never give up! I’ve been told: “Make this style” or “Stop producing that style.” I would be wrong to listen to that because I would not be here today if I had. Otherwise, I have no specific purpose. I have desires, often even impulses, but my instinct remains the one I listen to the most!!

In a musical sense, what’s the greatest aspect of the place you live? Would you move to further your musical aspirations, and if so where to?

I could define the place where I live in a word: “mix”. Ariège is a place where cultures mix. You can hear as much pop as rock, electro as well as hip-hop or traditional music. In short, it is a place where the music cohabits. There are many interesting and varied encounters. While it remains a corner of the countryside where organizers struggle to carry out their projects (here is preference for rugby and hunting!), but some mobilize and create superb events like “faut que ça pousse.”

I am someone who is quickly reached by stress; I need calm and space to recharge and to create. It is, therefore, a place that responds to me as an artist. The nearby city of Toulouse also has these characteristics in terms of artistic expression. It is a place where I could play and meet people. I would like to go there more often to play.

As we walk towards the end of 2017, is there any specific goal you want to accomplish this year or next?

There is not one in particular, but a multitude; possibilities of collaborations especially while continuing solo projects. I think 2018 will be a rich year of productions, and explorations in Trip-hop, Blues Chillstep or Neurofunk. I’m always curious about something new. Why not start composing a next album?

Lightning round – answer right from the top of your head!

The first five things you take with you in an emergency evacuation are…?

My family, my hard drive, my keyboard, my cookbook and my childhood photos.

The best of your childhood memories is…?

The ballads in the woods and the hours spent listening to the records of my parents and their friends.

You can live anywhere in the world… Where do you choose?

Your favorite food is?

I love all sorts of cuisines – French, Lebanese, Asian, Spanish, and Italian to name a few.

Give a shout out to the person you most respect in your life!

I would especially like to dedicate this interview to my family and to all the people with whom I could collaborate during this year: Egor of On Track Records, Ron Gelinas, Helvetune Ash, the Mindful Music teams, Triphop.net, Trip-hop Laboratory, Triphop Nation, “Radio-Transparence” radio stations, and all the producer friends – They will recognize each other!

Last one – if you could only be remembered for one thing as an artist, what would it be?

My desire to put human and emotions at the forefront and my artistic curiosity!