On Saturday, September 30, get ready to dance all night to trance tunes by the legendary Gabriel & Dresden at Avalon Hollywood!

From a fateful meeting in 2001 to becoming one of trance’s most recognizable acts, Gabriel & Dresden have been through it all. Josh Gabriel and Dave Dresden came together due to their shared love music, and electronic music connoisseurs have been reaping the benefits for years. Though they are most known for their deep and passionate trance tracks, the duo has also produced music that traverses the techno, house and pop genres.

One of their biggest and most iconic hits came from their spin-off project, Motorcycle. The massive track “As the Rush Comes” topped Billboard’s “Hot Dance Airplay” 2004 year-end chart and landed at #11 in the UK Singles Chart. To this day, the iconic production is a staple of many modern artists.

Other notable productions include “Tracking Treasure Down” and “Dangerous Power”. Both landed in the #1 slot on Billboard’s Hot Dance Club Songs chart.

After making beautiful music for multiple years, the duo took a break. When they returned three years later, it was as though they hadn’t missed a beat.

They embarked on an amazing reunion tour and played festivals such as EDC, Creamfields, Tomorrowland, Electric Zoo, Spring Awakening, and Sunburn Festival, along with clubs in over 20 countries.

Last year Gabriel & Dresden announced a new album, the first in 10 years, and fans waited with bated breath for more information. Recently the Kickstarter-backed album, entitled On The Road, was announced and will be released via Anjunabeats; the accompanying singles “This Love Kills Me” and “White Walls will be released soon. Both songs were recently featured during ABGT250.

Win a pair of tickets to the show! 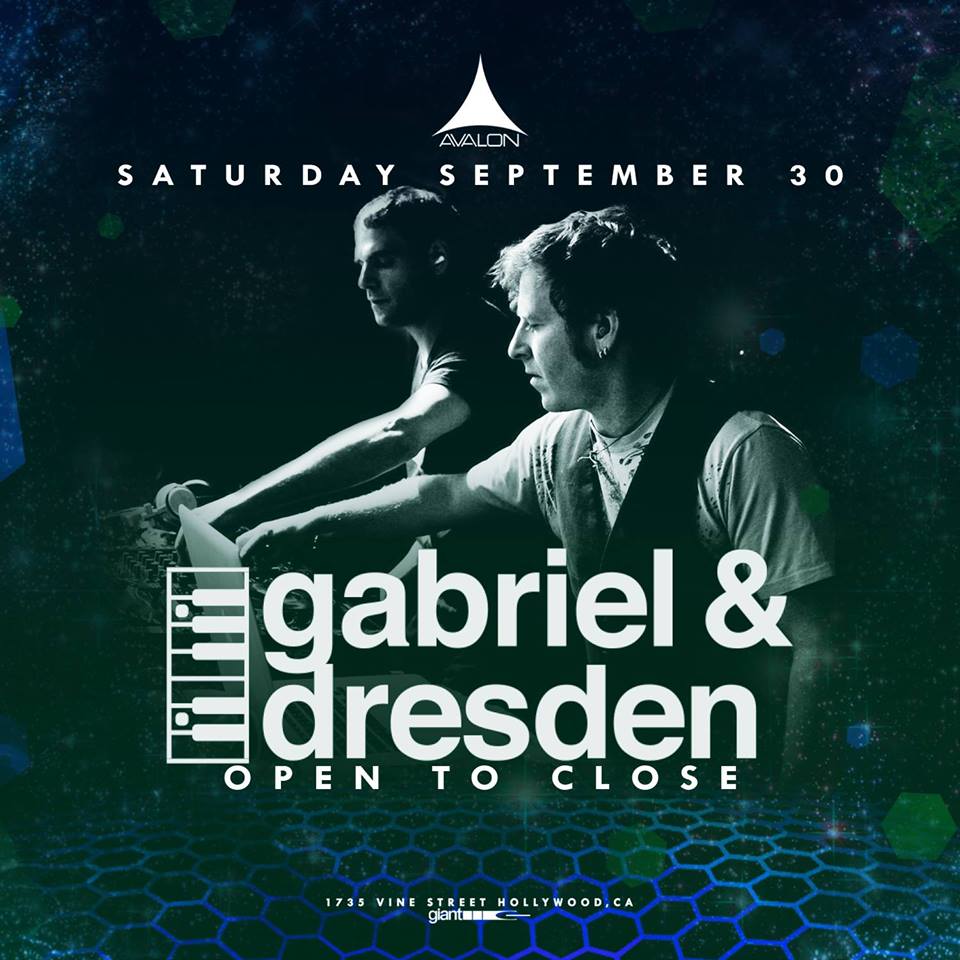