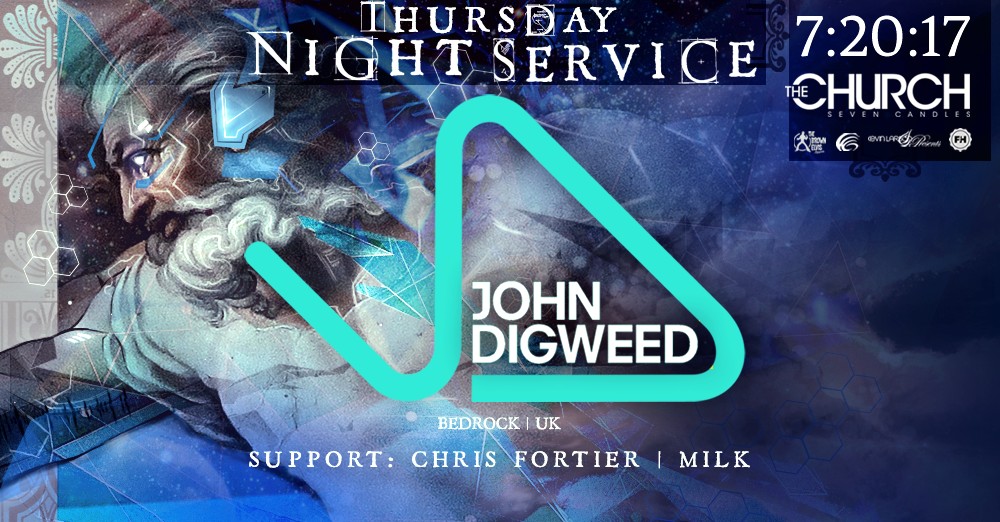 Thursday Night Service returns to The Church Nightclub in Denver with a performance by the one and only John Digweed!

The Church Nightclub’s Thursday Night Service returns this July 20 with a night of incomparable house and techno music from none other than legendary DJ John Digweed. Joined by American house DJ Chris Fortier and local favorite Milk, this is certain to be an event of epic proportions. Head to The Church and kick off your Global Dance Festival weekend right, but don’t delay – tickets are nearly sold out!

John Digweed is more than just a DJ. Hailing from the UK, Digweed’s career spans multiple decades, and he is still just as relevant today as he was when he broke out in 1993. There is nothing else quite like a Digweed set. Each and every one is a journey through a vast landscape of dynamic, entrancing tech house tunes, bringing the listener along for the ride. He’s also been running Bedrock alongside partner Nick Muir for 14 years, showcasing incredible talents such as Marco Bailey, Pig & Dan, and Guy J.

Chris Fortier is a man who knows no musical boundaries. A mainstay of the underground dance music scene, he is still evolving his sound and pushing the limits nearly 20 years into his career. With a bevy of releases and residencies at some of the world’s most storied clubs, Fortier is truly a force to be reckoned with.

Listen to John Digweed Live at Tomorrowland 2015 via SoundCloud: 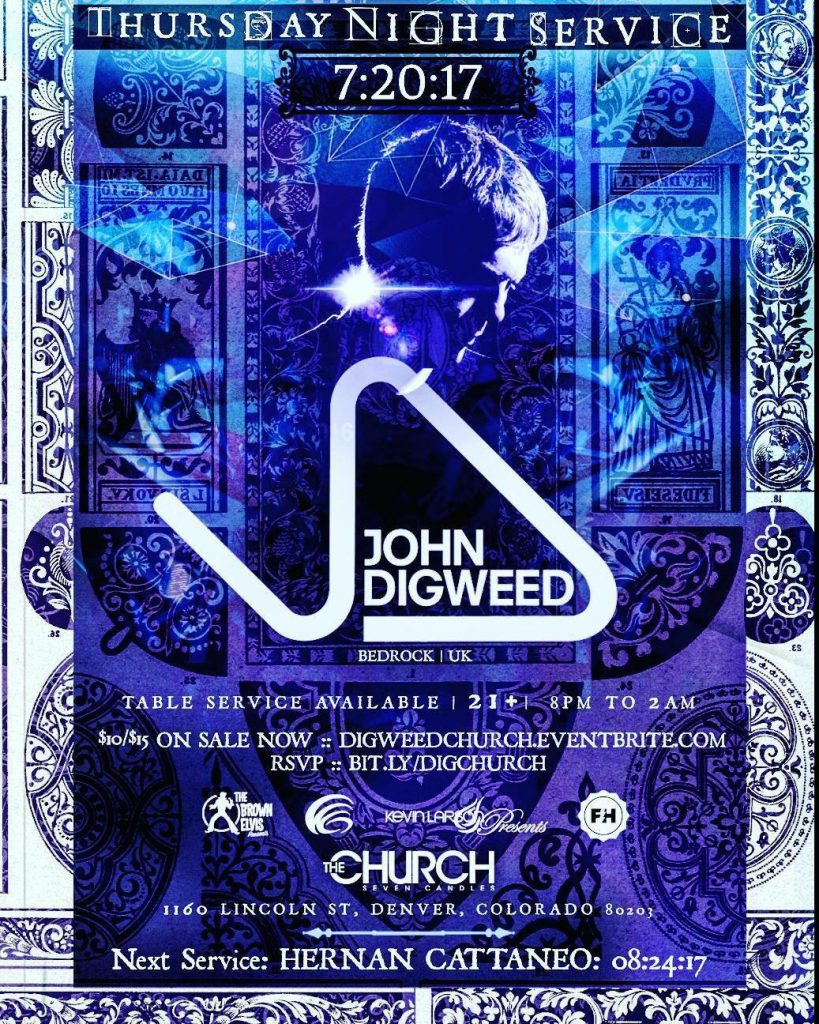 About The Church Nightclub:

Completed in 1889, this former church is now home to dance worshippers and gets pumping Friday through Sunday. The high-beamed Gothic architecture & stained glass windows are accompanied by new state of the art lighting design and the top-rated Void Acoustics Incubus Sound system. This is Denver’s premium dance club experience that draws the best international DJs and cutting edge talent weekly.

Connect with The Church Nightclub on Social Media: