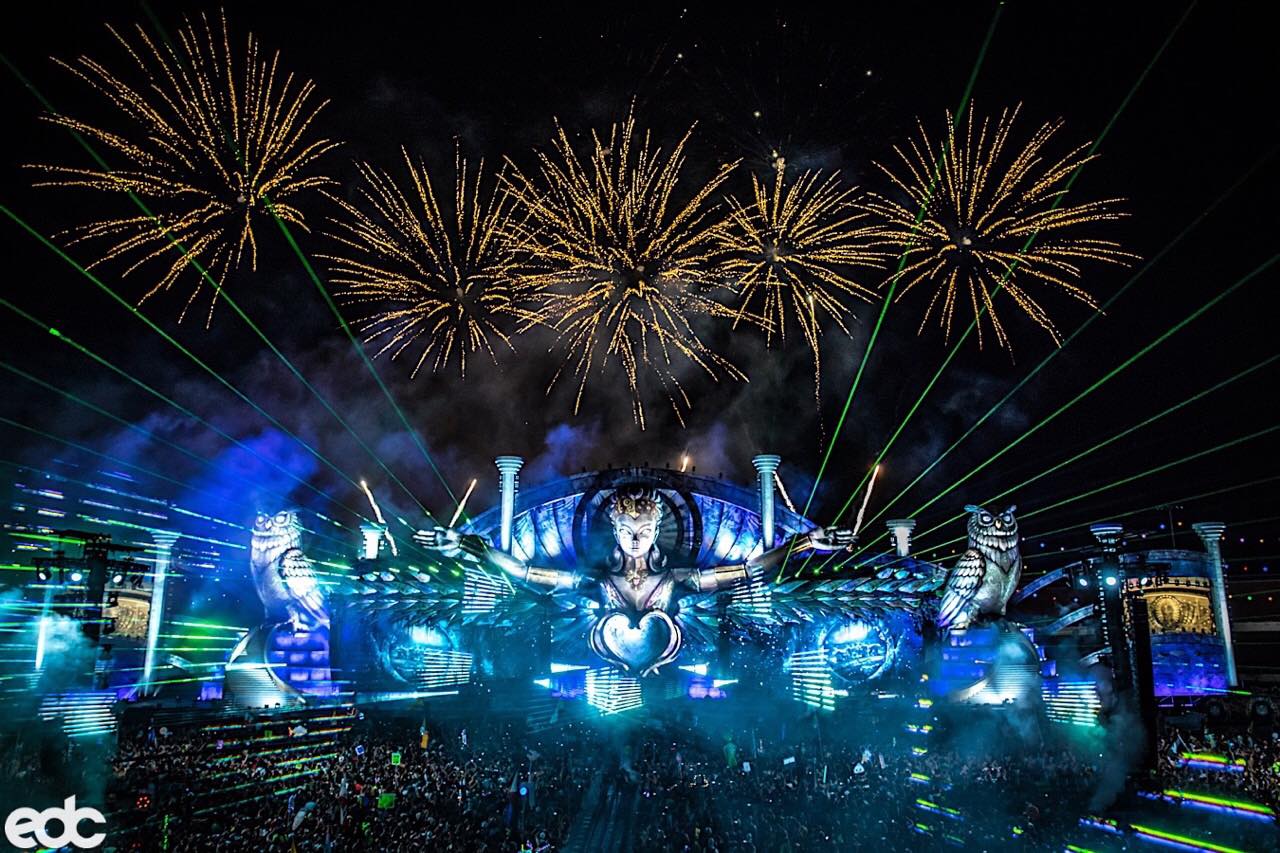 While I continued to dodge leak after leak, once again the shots from the inside of the festival grounds had flooded the internet. We decided this year that driving would be the best mode of transportation to EDC Las Vegas, and of course we hit some traffic along the way. In all it took roughly 1.5 hours to get from our hotel, the MGM Signature, to the parking lot…but it was definitely some quality time with great beats along the way.

I never really get “excited” for EDC Las Vegas until I can see the lights coming in.

This year was a bit different from the last, as many new faces were in my group. Grace and I arrived and entered the speedway, as some underage kids attempted to crash the gate and dart inside. Let’s just say it wasn’t worth the hassle, as they all were caught quickly before they could enter the festival itself. We walked over the skybridge and it really sunk in that we were here, EDC Las Vegas was upon us.

A quick tour of the venue began, as we met up with some friends and checked out the kineticFIELD and other stages inside. Let me just say here how awesome Insomniac did in regards to stage placement, as there was no sound bleed and more importantly NO CHOKE POINTS inside the festival itself. The infamous circuitGROUNDS had been expanded and moved slightly, while the neonGARDEN also received an upgrade too. All in all the stages definitely stuck out as epic, and I feel it was a favorable layout. Oh, and did I mention the quantumVALLEY yet? The newest addition stage-wise proved to be quite epic, as the tent was actually not too hot and the production quality was fantastic.

Sets that stuck out which we caught included GTA, RL Grime, Nicole Moudaber, Audien b2b 3LAU, Pan-Pot, Simon Patterson, Ghastly, Bonnie X Clyde, and of course some great beats coming from the Art Cars too. The production has been insane, which was made evident based off the enormous fireworks display around 1:30am which really made the emotions run wild too.

There was quite a bit of traffic getting home, but now we shall rest and get ready for the second day of fun!

Missing out on EDC Las Vegas 2017? Check out the live stream by clicking HERE!