Festival ticket buyers beware: a new form of ticket scamming is on the rise this season. Attendees are being asked by unofficial festival email accounts to pay for their passes or pass installments using Bitcoin accounts not associated with the organizers. Unfortunately, some of those looking forward to experiencing Oregon Eclipse 2017 have been affected.

Several ticketless fans hoping to get the chance to purchase passes to the sold out event received emails letting them know that a “Last Chance Experience Pass” was available and to pay via an unofficial Bitcoin account.

The scammers also reached out to select festival goers who purchased tickets on installment plans. These emails are asking fans who wish to pay in full, skipping the continual installment payments, to also send money to the scammer’s Bitcoin account.

While Oregon Eclipse is officially sold out, there was an option this year to officially purchase your ticket via Bitcoin. This raises the question: should festivals use Bitcoin as a payment option for tickets? If you’re unfamiliar with Bitcoin, the names of buyers and sellers are never revealed in transactions – only their wallet IDs. Bitcoin allows transactions to remain private, but removes the ability to trace where the money is going.

If you’ve received an email similar to the screenshots above, please email scambuster@symbiosisgathering.com for help. According to festival organizers, “there are no opportunities to purchase passes with Bitcoin at this point and you may not pay off your payment plans with Bitcoin.”

Alarmingly, the scam emails sent to those on payment plans displayed accurate credit card digits and order numbers. While Tixr has yet to respond to our request for information about the severity of the breach, Oregon Eclipse has provided us with this statement:

We have received a few reports that some Oregon Eclipse ticket buyers have been reached out to from a third party posing as an entity of the event offering tickets in exchange for BitCoins. This has lead us to believe that someone has obtained access to some information about a handful of our customers. To our knowledge this situation seems to be limited to a handful of people but we are reaching out to our customers. The offending parties in question DO NOT have access to credit card information. We apologize for any inconvenience this may have caused our attendees and are taking every precaution possible to ensure this phishing exercise does not effect our fans.

The safest way to buy an event ticket is to get it from the official source as instructed by event organizers. Tickets purchased through Live Nation or Ticketmaster give buyers the chance to add insurance for their tickets in the event that they are unable to attend.

When using third party vendors, review their ticket guarantee. Stubhub purchasers “are guaranteed to receive tickets in time for the event, and guaranteed to be valid. Should any of these not occur, we will replaces tickets with comparable or better tickets to the same event, or offer a full refund or FanCode for a future purchase.” 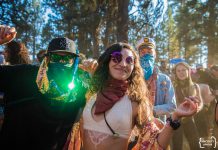 Five People You May Have Met At Oregon Eclipse Gathering 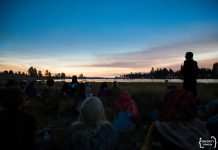 Our Journey To Totality At Oregon Eclipse Gathering 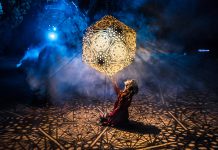