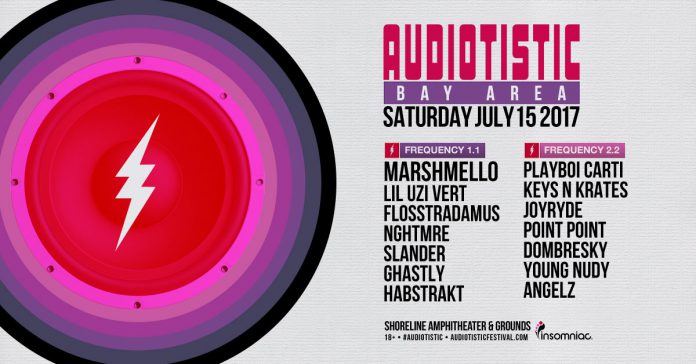 The brand has been all but dormant as a standalone festival since 2011, but Audiotistic is back and better than ever!

Audiotistic, a festival which blended the likes of electronic music DJs with hip hop artists for an unforgettable experience in the past, has now come back into action after a hiatus. Announced today, Insomniac revealed the details of Audiotistic’s return this year, which will take place at the Shoreline Amphitheater and Grounds on Saturday, July 15, 2017. The event will feature two outdoor stages stacked with the mind-blowing production from Insomniac Events, as well as the well-loved Boombox Art Car that will provide some quality beats as well. The lineup itself is pretty stacked too, featuring notable names in the bass music scene like Ghastly and Marshmello, house artists ANGELZ and Dombresky, and hip hop anthems courtesy of Lil Uzi Vert.

Tickets to Audiotistic Bay Area 2017 go on sale Friday, May 19 at 12 PM PT, here. General admission passes start at $55 before fees while VIP tickets, which include premiere viewing areas and private restrooms, start at $110 before fees. 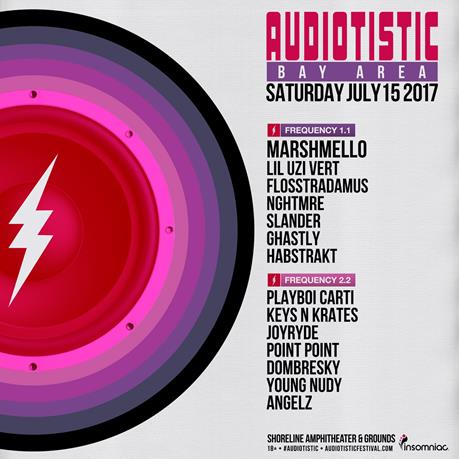