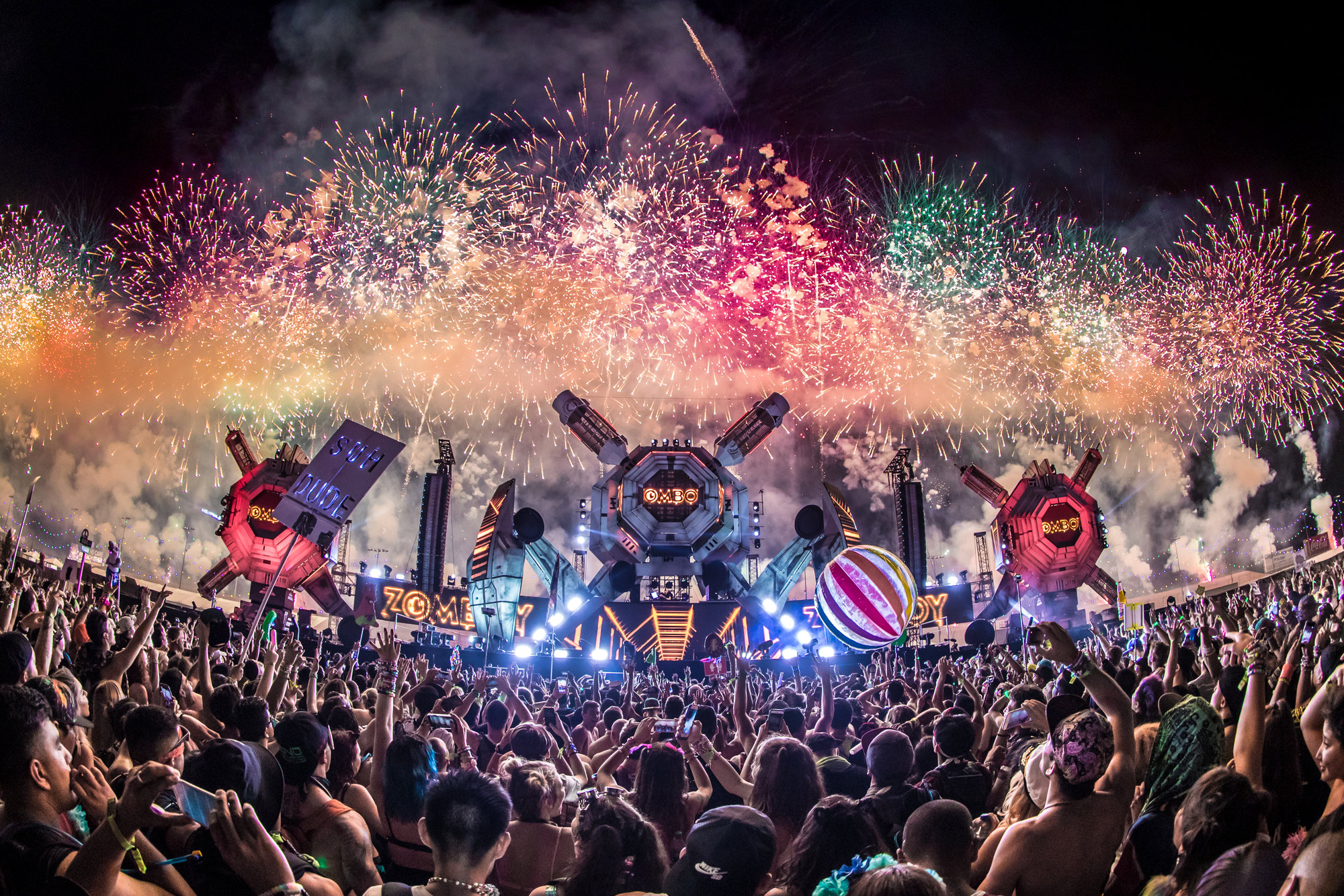 Okay, so this announcement is less than surprising… Bassrush will be playing host at the bassPOD stage throughout EDC Las Vegas this June!

This announcement was seen coming from a mile away, because who else would be taking over the bassPOD for three days filled with insane beats and epic drops? Bassrush will once again be hosting the stage, of course, but there is a bit of a twist. With the announcement comes the news that this year will be the final year in which the seven robot-like X-figures will be featured at EDC Las Vegas.

The X-figures are massive in their own right, rising a full sixty feet off the ground and blowing away bassheads with pyrotechnics, lasers, and hundreds of lights. We all remember the first edition and the infamous second edition that was “so lit it caught on fire” this past June, so we can only expect to have a blast raging inside a bass paradise once again this June. Take a look back to last year’s edition in the video below, and reminisce about the memories you made while headbanging with fellow lovers of the heavier side of electronic music.

Watch the trailer for Bassrush Presents bassPOD Stage at EDC Las Vegas 2017 below:

EDC Las Vegas will be returning to the Las Vegas Motor Speedway from June 16-28 this year. Running from dusk till dawn, this is one of the premier festivals in North America, and will be full of epic sets, art cars, and carnival rides. Will you be heading to the desert for three days of fun? Click HERE to purchase your tickets today!

Bassrush has evolved from a small niche of like-minded people to a phenomenon redefining bass culture around the world. Since its inception in 2002, Bassrush has produced sold-out North American tours, built a successful record label releasing the genre’s most pivotal tracks, and hosted stages at prominent festivals like EDC Las Vegas, EDC Orlando, and Beyond Wonderland. The origins of dance music are deeply rooted within the drum and bass sound, which Bassrush continues to reinvent and grow in new markets. The bassPOD stage has showcased legendary masters of the genre as well as fresh faces setting the standard for what’s to come, including Matrix & Futurebound, Datsik, 12th Planet, Andy C, Excision, Pendulum, Caspa and Rusko.