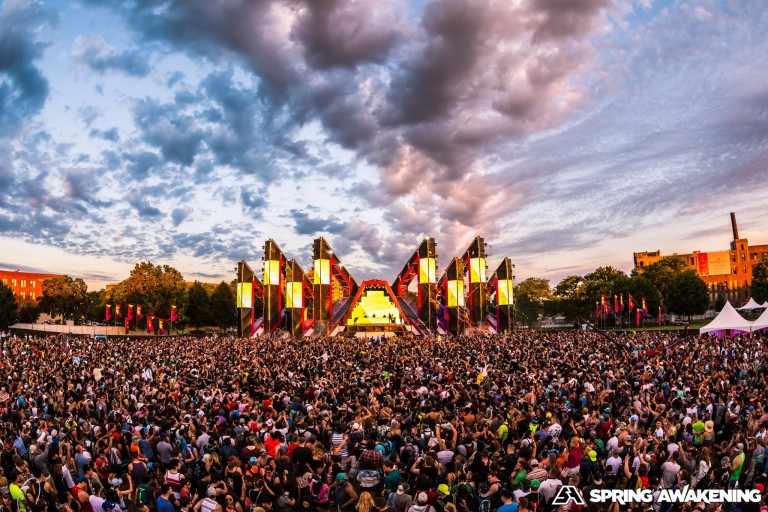 Spring Awakening Music Festival in Chicago made some solid choices for phase two of its already star-studded fifth-year anniversary lineup!

Mark your calendars for an electronic music festival bound to make waves this June. Spring Awakening Music Festival just added a dozen very significant names in the electronic music scene to the lineup. Because there’s an impressively big variety among phase two artists, Spring Awakening is truly shining as a 2017 destination. There are highly respected producers like Mr. Carmack, Keys N Krates, Ghastly, and What So Not. Now combine that with the reliably fun sets by people like TJR, mija, Robin Schulz, Borgeous, and Vanic. Finally, topping these additions this on phase one has all genres covered well, and is enough to make some music lovers drool.

While thirty names is a worthy list, Branded Stage lineups will start being revealed next week, according to a tweet from Spring Awakening! There you’ll witness lineups courtesy of brands such as Bass Kitchen, Dancing Astronaut, Above & Beyond’s deep house imprint Anjunadeep, and more. Most importantly, the highlight is quality electronic music from artists old and new who know what sounds good and will get folks moving in Chi-town. Hence, it’ll be exciting to see how hometown boys Louis the Child rep their city at Spring Awakening’s fifth-year year celebration.

Tickets are very reasonable for this festival! GA and VIP 3-Day passes are currently $179 and $269, not including taxes & fees. Also, what’s even more reasonable is the payment plan option:

Single day tickets will go on sale once the FULL Lineup and Daily Lineups are announced! For now, check out the breakdown between the two main stages: the Equinox and Solstice stages.