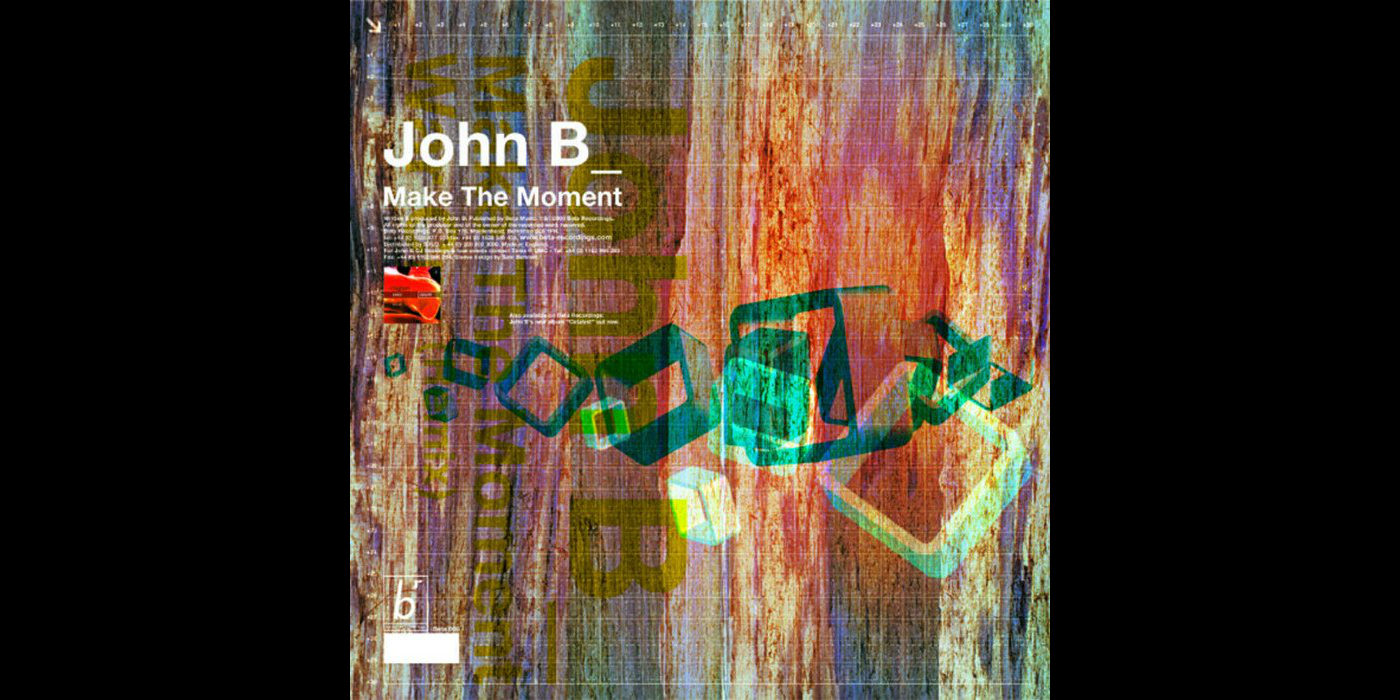 Every once in a while, you find a gem in the record boxes of yesteryear. As a personal challenge, I’m selecting a track released around this week in a randomized year to peruse for #ThrowbackThursdays here at EDM Identity.

In 2000, I could hardly even understand the Drum & Bass movement – a scene bursting out worldwide from the seedy underground bass bins housed in the United Kingdom.  Producers continued to take note, though – like the veteran John B.  Having been embedded with Drum & Bass culture from the mid-1990’s to the present, John’s challenged the evolution of the genre without sacrificing the liberty of creativity. In “Make The Moment,” the sixth release on his own label Beta Recordings, John offers yet another evolution.

The track is instantly catchy across genres – showcasing a blend of breakbeats that typify Drum & Bass with guitars, horns, and a seductive vocal line that sounds like it’d be just as at home in a House track as it does here.  Energetic and danceable are two quick to mind descriptors for the track. There are elements that today are a cheeky reference to the year 2000 and its production base – the “boh, boh, boh” vocal bit and squelchy bass elements both scream retro today.  And yet… there’s this hot little element to the track that might be driven by the depth of the bass line that retains a welcoming element.  Is this the most complex Drum & Bass tune ever written? No… in fact, it may border on a bit too rigid structure.

Is it fun and a reminder of the light-hearted side of a dark and grimy genre? Most assuredly.

The break about two-thirds of the way through the track showcases the influence of a variety of genres that are part of John’s repertoire.  The build almost recalls the early years of TC’s rise, with its deep rolling bass elements.

For a 1 February 2000 Drum & Bass track, John’s got a beautiful release on his hands.  It still rolls smoothly today, if having a few dated elements.  It showcases the diverse influences on John’s sound as well.  In all, it offers you the opportunity to dance, and honestly, who can complain about that?  Take a moment, and make it special.

Check out John B – Make The Moment on YouTube below:

** Note: The track is incorrectly identified as the B-side of this release: “War Cry (Remix).”  It is actually “Make The Moment.” **

Connect with John B on Social Media: