On Saturday, January 14th, Avalon Hollywood will be playing host to multi-genre producer and DJ Guy J with support from Eelke Kleijn and Enzo Muro!

Israeli producer Guy J’s productions span multiple genres that include techno, ambient, and house. His prolific productions are heavy and deeply moving in a way that surpasses other artists. Guy J entered the scene at 14 years old and has a long history playing electronic music. His breakout track came with his 2007 track, “Save Me,” which gained the attention of influential DJ John Digweed and was ultimately released via Digweed’s label. Since then, Guy J has demonstrated both his depth and breadth; he shows diversity, versatility and master craftsmanship. He has opened major events for John Digweed, spun back-to-back with all-time great, Hernan Cattaneo, and headlined gigs around the globe. Fresh off of a techno-filled set at BPM, Guy J is bringing his fresh sounds to Avalon.

Guy J will be supported by Eelke Kleijn and Enzo Muro. Kleijn’s music has crossed over from dance music to encompass TV and movie soundtracks and compositions. In the dance music world, he had released on big name record labels such as Spinnin’, Ultra, and Anjuna Deep. His tasteful brand of dance music is well known by fans and is one that people will not want to miss. Muro is an LA based DJ who has been involved with the scene since 1990. He has a background  Peruvian-born, LA-based Enzo Muro will be warming up the night Muro has been exposed to dance music since the 1990’s when he lived in Lima, Peru. Muro brings a broad and colorful style of music and has played festivals such as Lightning in a Bottle and Desert Hearts.

Win a pair of tickets for you and a friend to see the show! 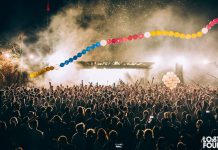 Factory 93 and Lost & Found Announce We Are Lost in LA 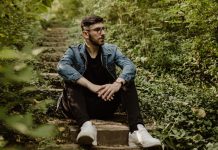 Revisit the Magic of Marsh’s ‘Lailonie’ with These New Remixes