The 2017 Air + Style LA lineup was just announced, are you stoked on these acts?

An eclectic group of artists are set play Air + Style Los Angeles, the global music and sports festival coming to Expo Park at LA’s Expo Park on February 18-19, 2017. The inaugural Air + Style event was founded by Andrew Hourmont and occurred in Austria 1993. The event now is held in Beijing and Los Angeles. By combining a major, world-class sporting event with live music in prominent stadiums, Air + Style is a pioneer of modern sports entertainment. The Air + Style Company is also the world-leader in design and construction of artificial snow ramps. Olympic medalist Shaun White became involved in 2014 becoming a majority owner and has continuously expanded the event since. Come check out this global event series that merges snowboarding and a music festival to create a totally new and unique festival experience! 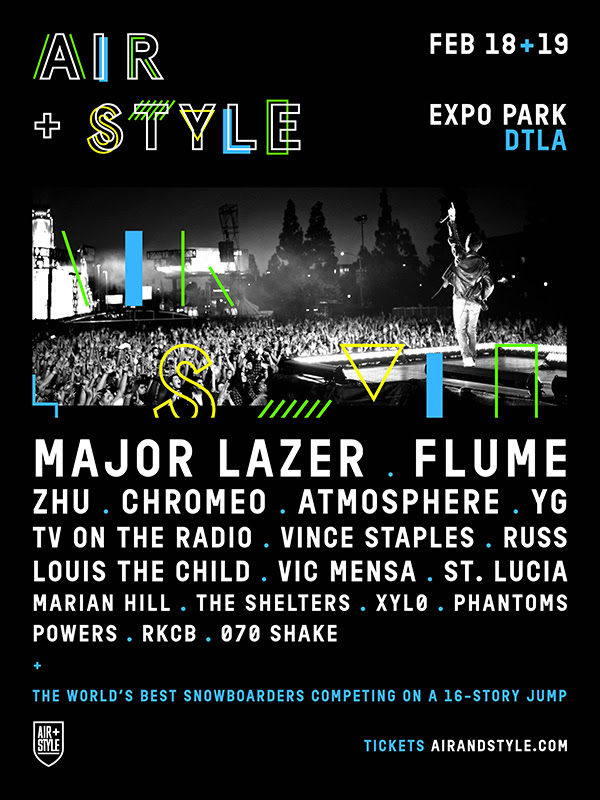 Why not spend President’s Day in Downtown Los Angeles watching the world’s best snowboarder’s compete while listening to amazing tunes?