Dancefestopia 2016 is set to take place this year on September 9th, 10th, and 11th at LaBenite Park in Sugar Creek, MO. Tickets are still available for the event, but prices increase on August 18th, so if you’re interested in going (you should), make sure to snag yours while you can. The festival has made some huge additions to its lineup, and they have also brought some familiar faces back to the area that festival attendees have grown to love. I am excited to share with you my top 5 artists that you must stop by and see at Dancefestopia 2016! Bobby Bohn is a Kansas City local and super versatile DJ. Everyone who attends shows in the area knows his name! He knows how to play for the crowd and get everyone dancing, no matter what genre he chooses to display at that particular moment. He loves Kansas City, the scene there, and his fans. Make sure to catch him at DFT on Friday night at 7:30 PM at the 2nd stage.

You can catch a glimpse of Bobby Bohn’s amazing skill set from this month when he played at Aura Kansas City: If you like hardstyle, then you’ve most definitely heard of Headhunterz. Even if you don’t love hardstyle, you’ve most likely seen his name on many epic festival lineups like Electric Daisy Carnival, Tomorrowland, and more. These days, he plays a blend of hardstyle, electro house, and other electronic genres and he never disappoints. It’s hard to say what he’ll surprise attendees with at Dancefestopia at 6:30 PM Saturday on the main stage.

Check out one of Headhunterz’s awesome hardstyle remixes of Kaskade’s hit track Lessons In Love: Everyone loves Seven Lions, right? I know I do. Totally stoked to see him once again, but this time at Dancefestopia. Lately, he’s been mixing in some psy-trance in his sets which intensifies things a bit and makes listening to him live very fun and very interesting. If you haven’t seen him yet, you’re definitely in for a treat… he plays at 7:50 PM on Friday on the DFT main stage. We sat down with Seven Lions at EDC Las Vegas in June, check out the featured interview HERE!

You can hear a recent set from Seven Lions, at EDC Las Vegas this past June below: MitiS is currently on tour now and is blessing us with his presence by making a stop in Kansas City. He will be playing Sunday night (actual date is Monday) of the festival on the 2nd stage at 12:30 AM. He released a really great track called Believe last May, and I’m definitely excited to hear it played live!

Listen to Believe on Soundcloud: I had the opportunity to see Mr. Kristopher last year at Dancefestopia, and I was thoroughly impressed. I honestly had no idea what to expect and went because a friend suggested it. It was one of my favorites of the weekend, which is why I included him in this list. There’s no doubt that this Missouri native has improved since last year’s event… and this year he’s sure to put on an even better show.

Watch the official music video for once of his recent releases, Checkmate: 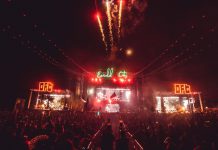 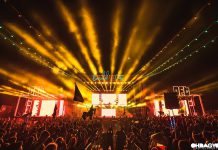 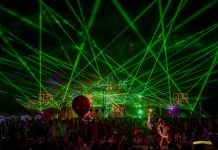