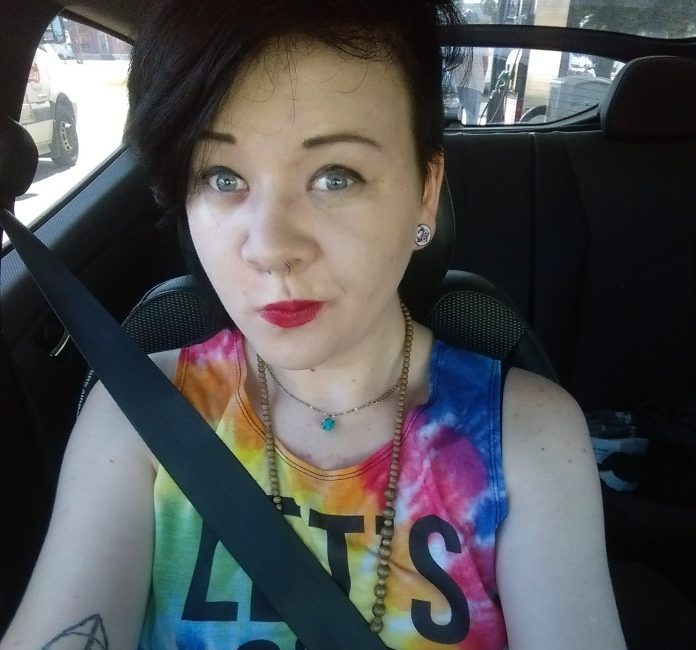 Meet Halie Curtis, aka The Plur Fairy, in this week’s #IDSpotlight!

October 13th, 2013 was the first time I ever ventured out into the EDM scene. I set out on the 3 hour drive to Chicago to see Headhunterz at Concord music hall. This was after he signed with Ultra Music and released his first official solo release track with them called “Colors (Feat. TaTu).”

One of my best friends introduced me to the wonderful world of hardstyle when I was a sophomore in high school (Thanks Glenn) . I hated it at first, but slowly and surely it grew on me. I used to listen metalcore and bands like Bring Me the Horizon. Thanks to him transitioning me into the EDM culture, I would have never thought rave mosh-pits existed.

Since Chicago is so close to me I frequent events at Concord music hall. It was Wildstylez’ first visit to the United States shortly after he released his independent album “Lose Control.” I was itching to see him. He has been my favorite hardstyle artist for years. I hand painted him a sign and raged in the front row, sign raised high for hours. Joram finally appeared on stage and smiled directly at me. After his set he did a meet and greet with his fans. Everybody rushed to get things autographed but he picked me first.

He shook my hand, said a few words and I was star struck. I fangirled so hard I might have cried my eyelashes off. Wildstylez noticed and spoke to me in broken english asking me why I was crying. I told him that his music saved my life when I was going through hard times and he was the first artist to get me hooked on EDM. Afterwords he set up an online giveaway of his Lose Control album. I won a signed copy that was sent to me from the Netherlands with a hand written note. Electric Daisy Carnival Las Vegas 2016 was the first EDM related festival I have ever attended. I had dreamed of going to it since high school and I thought it would never happen. It was the most magical thing I have ever experienced. I did not expect all the good vibes and amazing people who I met.

I have many favorite songs that I hum or sing along to on a daily basis. My top favorite always changes depending on the day and mood that I am in. Today my favorite song is “Keep it Close” by Seven Lions. I like this song because the vocals soothe my soul. I listen to it when I am going through some anxious episodes. The melody line is also very chill. I am quite new to the scene. I would say I am a novice kandi kid, a baby raver, and a huge supporter of Insomniac and everything Pasquale Rotella has done for the scene.

I am currently attending Grand Canyon University Online pursuing my degree in the fine arts with an emphasis in Film Production. My hobbies are special effects makeup, building for haunted houses, longboarding. Pokémon Go, and horror movies!