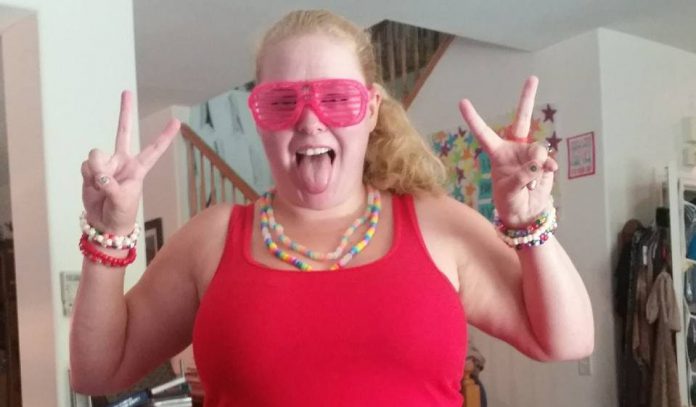 Meet Evelyn Smith, aka Evelyn The Night Caretaker, in this week’s #IDSpotlight!

Today is her birthday!

My first electronic music event was the Electric Daisy Carnival at the Las Vegas Motor Speedway back in 2012.

When EDC first came to Las Vegas in 2011, I saw many of my friends posting about their experiences and how much fun they had. I wanted to be able to experience the festival too. I was able to go one day the following year and I took my best friend from high school with me. I didn’t know what to expect, so I don’t think I got everything out of the experience that I had hoped to. I wasn’t going to go again but about a month or so before EDC 2013 came along, I decided to give it another chance and I applied to volunteer for the Night Owl program. Back when the program still existed, we were in charge of the water refill stations and merchandise booths across the festival. I was stationed at the merchandise booth that was next to Cosmic Meadows on Day 3. That was the year that changed my perspective on rave life and made me fall in love with it!

The day before I actually worked the festival, I got to enjoy the festival and see what it had in store for me. I ended up hanging out with my best friend from college for a few hours before we decided to do our own thing. A couple of hours later, I found myself recovering at Cosmic Meadows from the heat and too many carnival rides. This is where I met my rave buddy and forever rave best friend, Drew Utterback! We ended up spending the next 4 1/2 hours together walking around the festival getting to know each other. I knew we would be friends for a long time, he even visited me while I was working the next day. That was the year that made me realize how much fun EDC was! I continued to attend the festival for the next couple of years, only I worked with the Ground Control crew. We were the team with the purple tank tops walking around the festival ensuring everyone was having the time of their life. I loved working for this team! One moment that still sticks out to me and makes me emotional (even as I’m typing this), was the last night I was at EDC. It was EDC 2015 and I was walking around with my group around Cosmic Meadows checking to see if everyone was okay. I saw a woman who was very upset. I decided to go over to see what was going on and see if I could help. It turned out she had just lost her grandfather. My heart truly broke for her. I had lost my father almost a year ago at that point and the emotions started pouring out. I hugged her and told her that he would have wanted to her to enjoy herself and that he was partying it up in heaven with her. I was able to make her smile for just a second. I hugged her and gave her one of my kandi bracelets and told her to have a great night that was a moment I will ever forget! I was able to give some emotional healing to a fellow raver! I hope she found peace that night.

Considering I was a college student during my first few EDC’s, I was unable to travel anywhere so the only festival I have ever attended was the Electric Daisy Carnival. I do plan on trying to attend more festivals in the future though! My favorite electronic song is “Live for the Night” by Krewella! Krewella was the first EDM artist that I really enjoyed listening to when I started going to EDC. I love the lyrics and how I feel when I hear the song. I still remember seeing Krewella at Kinetic Field in 2014, they played that song and I got so many chills. I danced my heart out to that song and almost broke into tears because I loved that song so much. That will always be a favorite of mine!

My favorite genres are dubstep, hardstyle, techno, and house! I feel like my identity in the electronic music community is that I’m supposed to be there to help people and make them feel like someone is watching out for them. For the last 3 years that I attended EDC, I was working for organizations whose sole purpose was to help people and ensure that were having the best time they could have at that very moment. When I worked during EDC, I was told that after my experience in those organizations, I was never going to be able to attend a music festival the same way again and they were spot on with that statement! I know that when I do return to the rave scene down the road, I will never be able to attend a music festival the same way I did before I started volunteering.

I am not what most people would consider a “typical” rave girl. I don’t go to every music festival there is and I don’t go all out with my costumes but I can say that what I have experienced from EDC since 2012 is that the people who attend these festivals are unlike any other. They are so down to earth and are so welcoming if you go alone. I was able to let go of everything I knew walking into the festival grounds and make new friends and join a rave family! All you need is an open mind, let yourself go, feel the music, and Live for the Night!