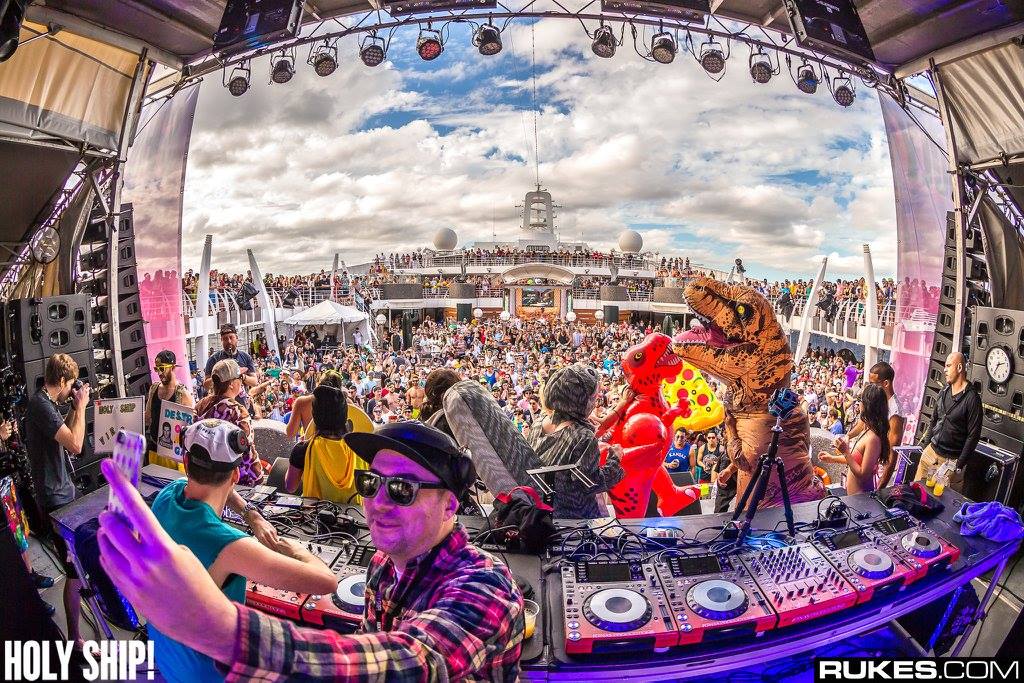 The wait is over the Holy Ship! 2016 official recap videos for January & February are here, so fellow shipfam and prospective shipfam can relive the madness. If you will be embarking on either of the Holy Ship! 2017 sailings, you can expect some big changes to look forward to including a new ship and itinerary that both extends the amount of days at sea and ashore.

The first leg of the 2016 Holy Ship! Season featured a fantastic 3 Days on the MSC Divina. With multiple sets from Kaskade including his famed Redux Set as well as a monstrous b2b by Dillon Francis and Flosstradamus, and surprise guests iLoveMakkonen and Ty Dolla $ign, Holy Ship January 2016 was one for the books.

The second leg of the 2016 HOLY SHIP! season featured headlining sets from DJ Snake, Chromeo, Porter Robinson, Boys Noize, as well as a monstrous back-to- back set between RL Grime and Baauer. In the February 2016 recap, join fans in their extravagant costumes, and their consumption of pizza—and lots of it (ahem Justin Martin).

For more information about the 2017 excursions please click HERE, or if you’re ready to join the waitlist click HERE.