Over the past 20 years, Insomniac Events’ Electric Daisy Carnival has provided long-lasting memories for attendees.

For today’s #EDC20 segment we are giving you the first part of Robert LeSage’s epic eleven year run of attending this event.

Eleven Years Of My Life (Part 1 – The NOS Years)

Eleven years of my life. Eleven years of EDC, and I don’t regret a single moment. I’ve been listening to electronic music (mostly house and trance) since 1996 whilst growing up in Okinawa, Japan. Not many people can say this, but my mother was the one who introduced me to those sultry bass-lines and unifying kick-drums. It was on one of her club mix CDs where I fell in love with Deep Dish’s remix of Joi Cardwell’s track, “Trouble.” She never even went clubbing or to parties; she just loved dance music.

Fast forward to 2000/2001 and I was still in love with the music as my mom was losing interest. I was only in middle school, but I was posting on forums like iLoveRaving (iLR) and Glowsticking.com (GSC) in order to get my fix on the latest music and that’s where I found out about these massive festivals in Southern California. I actually received my first EDC flyer in 2000. It was just a teaser for 2001 with only the infolines and an intriguing tagline of “Super blooming beats, funkdafied freaks, and full size carnival rides.”

Surprisingly, there were a lot of ravers at my middle school who actually attended the big parties such as Monster Massive and Together As One. I even recall making plans with the other raver kids in school to attempt to get my father to carpool us one year (back then, EDC was all ages). Alas, those plans fell through, we eventually moved to Las Vegas, and I watched year by year as the Electric Daisy Carnival traveled to Hansen Dam (2001), Queen Mary Events Park (2002), and then to the NOS Events Center in San Bernardino, CA.

This was the year. The year I took everything I’ve learned about the music and fully immersed myself into this fantastical world. I was 17 and determined. Thanks to the friends I’ve made through GSC, we had concocted a plan in which they would pick me up along the way and we told my folks that we were going to look at colleges and universities. Coincidentally, we weren’t lying. GSC had one of its first pre-EDC meetups at UC Irvine. These meetups were designed to help further the art of glowsticking and glowstringing, but eventually just evolved into annual gatherings of friends who became family.

Another tradition that GSC did that year was one of the first Ultra Circles since the days of iLR. These circles unified us through the initial cracks of ultra high intensity glowsticks as we take turns stringing or freehanding in the center.

Nothing else mattered but us expressing ourselves for the music, for the experience, and for each other. I truly felt at home,and it was from that point that I realized that my life would never be the same.

That year it took place during The Crystal Method’s set and I distinctly remember a remix of Blur – Song 2 being dropped. I recall the props and stage designs being somewhat bare-bones. kineticFIELD had two projection screens that cycled through Alice in Wonderland visuals inside of the citrus building with a few inflatable abstract shapes hanging from the ceiling. I recall cosmicMEADOW being located at the outside area where the grooves I came to know and love of house emanated from. In fact, this was where I first saw Kaskade live as we waited for the right time to head to the main stage. I wish I still had my photos from MySpace as this was the year I met Ferry Corsten while chilling on the grass. It was definitely a year to remember and I couldn’t wait to be back the next year.

Finally eighteen and just graduated high school, I opted to fly down to San Diego where a few lovely GSCers offered to give me a ride all the way up to San Bernardino, CA. I was extremely excited for this year, especially after finding out that Gabriel & Dresden were going to be performing. If you ask anyone who knows me, they will tell you how much of a Gabriel & Dresden fan I really am.

On top of that, I was once again reunited with my second family. We grew a bit larger with some new faces driving down from Northern California and even San Diego, and yet we became closer. To this day, I still talk to a few of these folks, and I even caught up with one of them recently at Kaskade LA at the Los Angeles Convention Center.

Another year means another Ultra Circle! We opted to wait for Infected Mushroom for the initial crack, but while we waited Gabriel & Dresden performed an amazing set. There were quite a few tracks that resonated with me the most, but three of them I will always replay in my mind. In their first few moments of playing, they dropped their track with the Bassbin Twins under their Big Top guise titled “Tidal.” It was so good, I even went out and bought it on vinyl the second I got back to Las Vegas. Those massive kick drums just knocked me senseless. On an even more emotional level, they played their dub mix of their track with Jes Brieden entitled “My Blue Heart” under their Motorcycle moniker. This track would never be released officially, but thankfully Dave Dresden released this dub mix on his SoundCloud.

Then there’s the track that left me with happy tears. All the lights in the building turned blue and the track slowly faded in. A track vocalized by the one and only Tamra Keenan who would later go on to work with Kaskade on tracks like “Angel On My Shoulder” and “Your Love is Black.” I’m talking about the Gabriel & Dresden’s Campfire Mix of Beber & Tamra’s “Travelling On.” Her lush vocals overlaid onto a subtle and simple instrumental track made this the perfect end to an amazing set that I will always replay during times of introspection. Thankfully, this set was recorded in it’s full glory and could be heard on Insomniac’s Mixcloud.

The stage designs were a bit more ambitious with some mesh sheeting dangling from the ceiling as lasers and projection lights displayed ornate designs among them that danced above us. They even had a “freak show” going on outside with fire performers and other “freaks”! They also went as far as making it rain live daisies from a helicopter in the pond area! Another year down and another to look forward to.

If I had any doubts the previous year, then by now they were all gone. EDC is home. EDC is where I belong.

Stay tuned for Part 2 of Robert’s story ‘Eleven Years Of My Life’, The LA Coliseum Years! 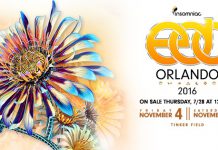 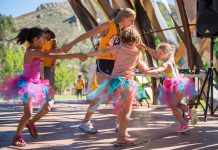 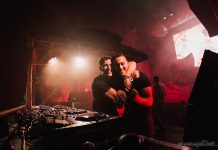