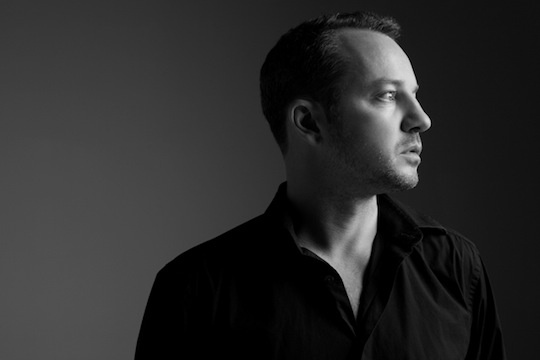 It was a chilly night in the city of Atlanta, Georgia this past weekend, but as we waited in line at EQ Nightclub to embark on a 5 hour journey with Max Graham, no one seemed to care. We heard the sweet sound of techno as Max Graham took to the decks which was the cue for the doors to open. I had made a 5 hour journey for this Cycles Tour experience, and I was so ready to see the master at work.

Walking into the club, I was immediately deposited into a dark room. There was a hint of fog filling the air and on the other side, Max Graham was working his magic. The venue, although small, was set up perfect for the type of music that Max Graham is known for, very little light with a mysterious vibe — excellent for techno and progressive. As I approached the bar I met up with Chris Orosco (DJ Reliquary), a member of UNITY Atlanta, the team that made this night possible. He made it a point to tell me to watch for the lasers throughout the night and that we were in for a show! So I grabbed my $8 drink, which was average for an Atlanta club, and hit the dance floor to get lost in the music.

In true Max Graham fashion, the night began with chill vibes, a steady beat, and nothing too extreme. We were in for a 5 hour journey and Max crafted a set that would take us from the bottom of the mountain to the farthest reaches of the galaxy, once he got into the thick of his set. The transition was flawless. I gotta point out that he went from techno and progressive into a trance set that would rival most that I have seen. The crowd was on point, dressed in everything from club attire to festival gear, ready to dance. They stayed right there with Max every step of the way, as he conducted the evening with precision. These were true Max Graham fans and it felt good to be in a room where everyone was there to celebrate the art of music. It was easy to make friends throughout the night and because of the small venue size, it was easy to move about the club and socialize.

Now, in going back to what Chris Orosco had mentioned earlier about the lasers, I was quite impressed! A group of high quality colored lasers shot out from above the DJ booth dancing and swirling as the beat pumped through the club. With the fog, and because this was a smoke friendly nightclub, it looked like there were clouds hovering above the crowd — something that I have seen at major events but not at a small club show. You could almost reach out and touch them. They had a strobe system that released its fury with perfect timing and power. The only downfall of the lighting set up was that it was just too dark for photos. You could barely see Max Graham unless you were right up at the booth. As much as I wanted to express my night to you visually, there was simply no way around that issue. As the night was wrapping up, like a true craftsman, Max Graham brought us back down from the trance galaxy back into more progressive pieces. The evening had come full circle and it was time to exit with some wonderful memories!

EQ Nightclub was the perfect stop for Max Graham’s Cycles tour. They didn’t overpack the venue, the drink prices were adequate, and the lighting (although not conducive for photo ops) was perfect for the vibes Max Graham was trying to express. The UNITY team was there, making sure everything was running smooth and that everyone was having the time of their lives. So kudos to them! The set, I mean, what can I possibly say other than stunning. If you have never had the opportunity to catch one of his famous open to close sets, I suggest that you make every effort to get to one. I promise that you will have the best time of your life!