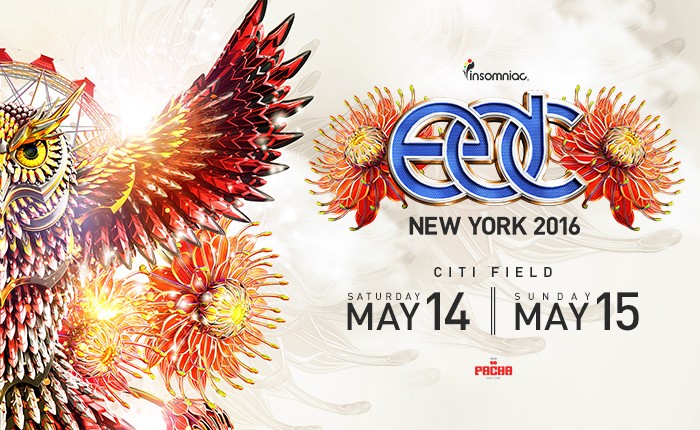 EDC New York 2016 is right around the corner, and has a very diverse and carefully selected lineup to please dance music fans across the spectrum. Whether you’re debating upgrading to VIP to get some special treatment, or eagerly awaiting the fabulous food options that will be at the event, we are all counting down the days until EDC touches down in New York City. Here are my top 5 acts – in no particular order that aren’t to be missed.

From his solo tracks and live sets to his New World Punx project with Markus Schulz, everything Ferry Corsten touches is awesome. Gouryella was originally a collaboration between Ferry and Tiesto, but Ferry has continued it on his own since the year 2000. Gouryella has recently re-surfaced with the 2015 hit Anahera, bringing the uplifting trance flavor back.

Ben Nicky’s acclaimed sets at Dreamstate and shows on his worldwide tour give a preview of what’s to come for the rest of this year’s festival season. With a successful 2015 behind him with continuing momentum so far, could Ben Nicky be a contender for EDC Las Vegas as well?

The mysterious Marshmello graced us with great catchy remixes and creative live performances last year. He quickly built a large following – a loyal, dedicated group of individuals known as “Mellogang”. With rows of passionate fans, the energy of Marshmello’s set at EDC NY is sure to be insane.

The best part of seeing Jeff Montalvo, aka Seven Lions perform is not knowing what to expect from a set and his new record Creation reflects the diversity of his sound. When I saw him at EDC 2014, he played all his singles, some dubsteb, psytrance and so much more. He always constructs such a diverse set and seems to know what works best for the crowd.

Eric Prydz’s one of a kind music, live performances and visual effects make him an impossible act to miss. He is truly a multi-faceted artist with his dance tracks as Pryda, to his darker tech influenced sound on his Cirez D tracks, or his most commonly known alias, Eric Prydz.

If you’re heading to the Big Apple for EDC New York, who will you be seeing this year? Tickets are still available HERE!

Get updates about EDC New York 2016 on Social Media: