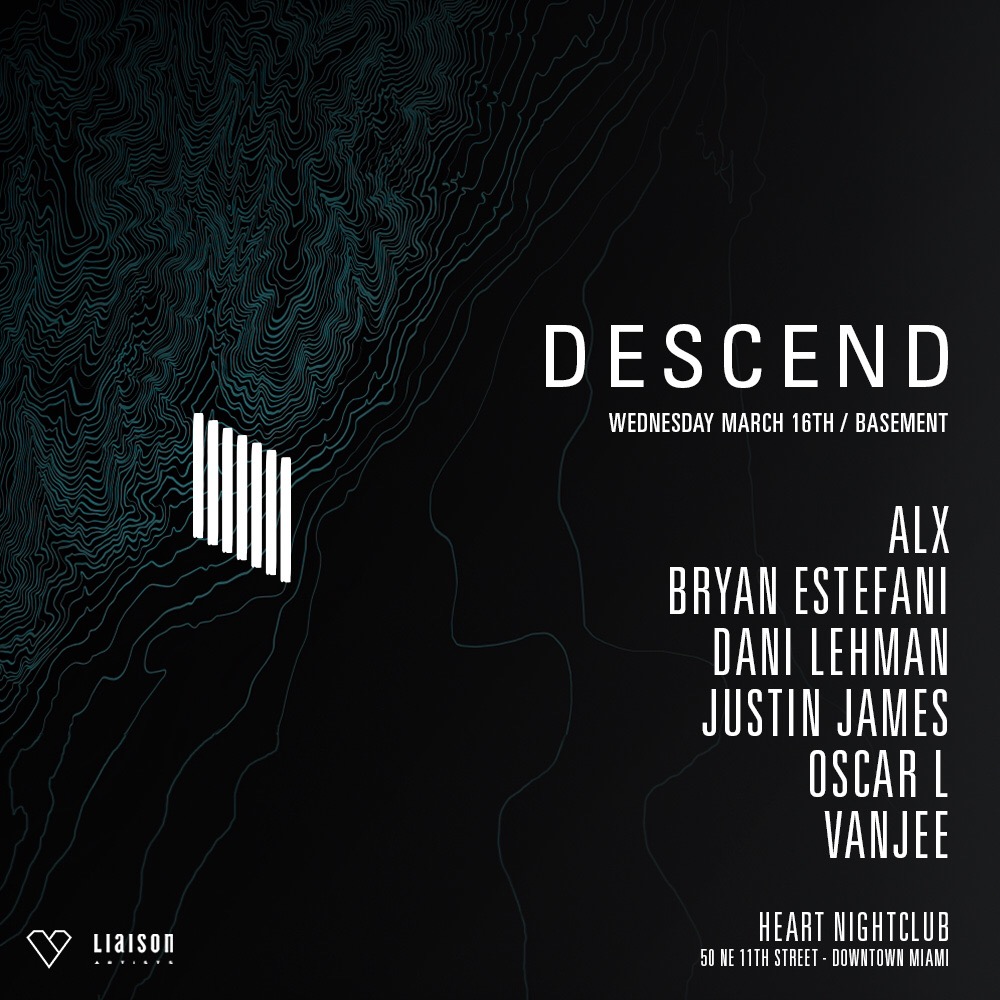 Alex Sanchez, also known as, ALX will present and headline the techno-centric Descend Records showcase at this year’s Miami Music Week. The event takes places on March 16th at the Heart Nightclub.

“Miami Music Week is an important time for the industry and its been great having the opportunity to work alongside the team at Heart Nightclub, during their first WMC. Heart Nightclub and Humans Alike have added a much needed layer of deeper techno to Miami’s underground music movement.”  – ALX

The Descend Records showcase is filled with techno veterans as well as up-and-coming artists. The line up is headlined by ALX and features supporting acts Bryan Estefani and Dani Lehman. Special guests will be played by Justin James, Oscar L. and Vanjee.  If you are into the underground, deep, or dark techno sound , you have to attend this event!