Skrillex and Diplo Win Twice at the 2016 Grammy Awards! 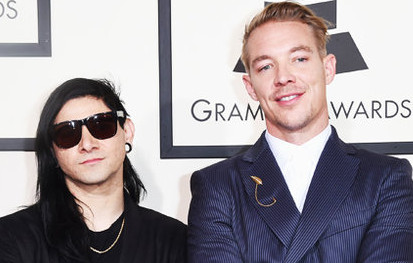 Congratulations to Skrillex and Diplo for their newest Grammy Awards!

Skrillex, Diplo and Justin Bieber also performed their hit single live on the award show with Skrillex on the guitar, Diplo on the drums and Justin Bieber on vocals. The performance audio was uploaded to the Jack Ü’s SoundCloud account, which you can listen to below!

The win for “Where Are Ü Now” beat out: Above & Beyond’s “We’re All We Need”, The Chemical Brothers’ “Go”, Flying Lotus’ “Never Catch Me”, and Galantis’ “Runaway (U & I)”. A complete list of Grammy winners can be found here.

This brings Skrillex up to 8 Grammy wins which surpasses electronic music group Daft Punk’s record of 6 Grammy award wins. Can Skrillex keep his award winning streak on a roll with the upcoming Electronic Music Awards and Foundation (EMAF) show airing in April?

Finally, DJs have been leaving their thoughts on Twitter regarding the win for Skrillex and Diplo. Leave a comment below with your thoughts on the winners and losers of this year’s Grammy Awards!