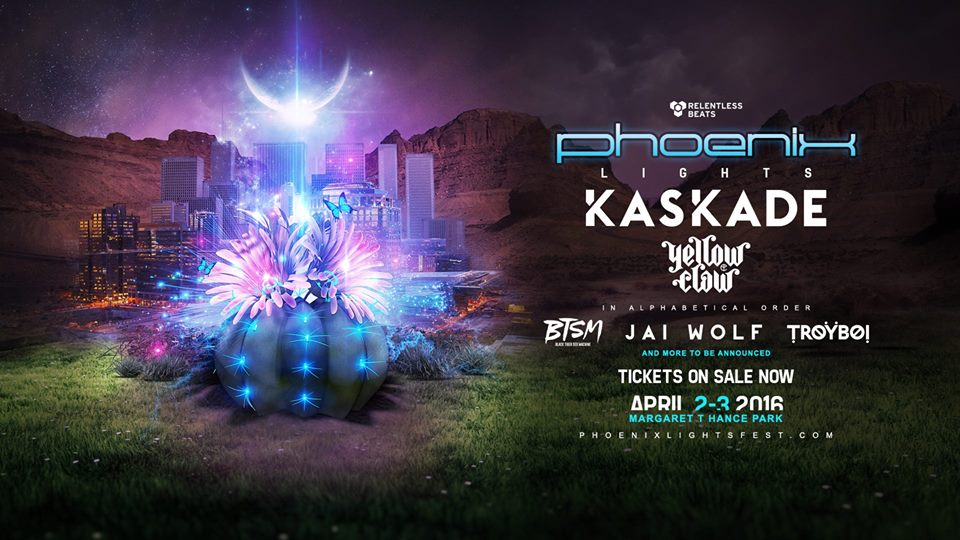 Arizona’s dance music scene has been growing exponentially in the past few years. The incredible team behind Relentless Beats has been bringing in bigger and bigger names with each new event. Last year they organized an incredible festival in Downtown Phoenix called “Phoenix Lights,” which is a nod to the many UFO sightings in Arizona. It was such a success that they’ve decided to move it to a bigger venue (still in downtown Phoenix) and extend it to a 2 day event. The lineup right now is small but full of heavy hitters, and with each new announcement the excitement grows more and more.

For more information on Phoenix Lights:

For more info about Relentless Beats: