“Empty Space” is best described as a track that directly catches ears with its staccato bass rhythm and cryptic, distorted accents. The rumbling bass line, accentuated high hits and quick, clapping patterns propel your mind through a mesmerizing odyssey. “Fourth Dimension” begins with a sequence of faint ‘blips’ and ‘bleeps’ that transforms rather sinister when the bassline kicks in at exactly one minute. “Shadows” captivates listeners unexpectedly, beginning with crisp high-hits and endless sizzling effects. There’s an electrifying vibration that echoes throughout the track, creating an eccentric mood. Lastly, “Visual Scope” starts off with an unbroken beat alongside scratches that create an energetic atmosphere. Around the the 3:00 mark, the track takes on a whole new sound as listeners are hit with a craze of electronic ‘bleeps’ and ‘bloops’.

Have a listen below.

Emerging from a new batch of Spanish producers gaining new attention in the electronic dance music scene, Fer BR was influenced by the Techno scene in 2000.

Born in October of 1984, Fer BR is a master at building exquisite and energetic ballads. Focusing on the dance floor, he merges the use of futuristic dark and funky accents, resulting in productions that have topped the best charts and sales lists last year. Fer BR is supported by many established artists like Carl Cox, Richie Hawtin, Paco Osuna, Marco Carola, Umek, Dubfire, Carlo Lio and Stacey Pullen.

After a successful releases on 1605, Potobolo and Waveform Recordings, he has joined Paco Osuna to be an active part of Mindshake Records, giving him the chance to share the label and showcase his work with major artists on the international scene.

As a DJ, Fer BR has been touring Europe the last 4 years, spinning grooves, funk, house and techno. Fer BR is undoubtedly one of the most creative Spanish artists, and a perfect electronic music exemplary. 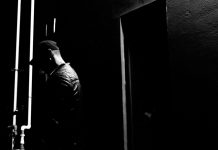 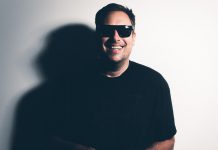