Riot Ten To Release “In The Trunk” on February 5th! 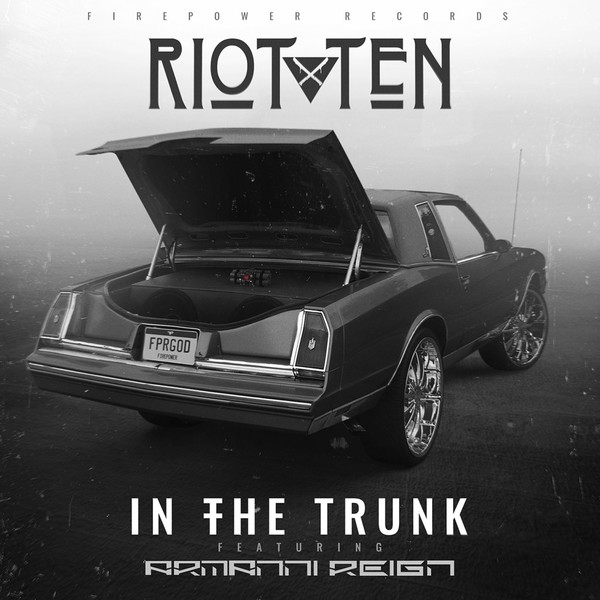 Firepower Records announced the release of Riot Ten’s new single “In The Trunk” featuring Armanni Reign. The track will drop on February 5th, 2016, in accordance to prepare for the upcoming festival season. “In The Trunk” is one of the heaviest dance floor breakdowns of the year. Breaking from El Paso, Texas, Riot Ten has exploded onto the bass scene. With elements of Hip Hop and help from Armanni Reign, he is able to smash house parties or get a crowd going. Featured most recently on Firepower’s release of Protohype and Paper Diamond’s track “Let’s go”

“In The Trunk” set’s the bar for an aggressive track. Armanni Reign starts the track. Riot Ten drops a heavy and deep track and moves the listener with enough energy to rage. Insatiable synth arrangements drip through the topline, and together with the Trapstyle beat structure.