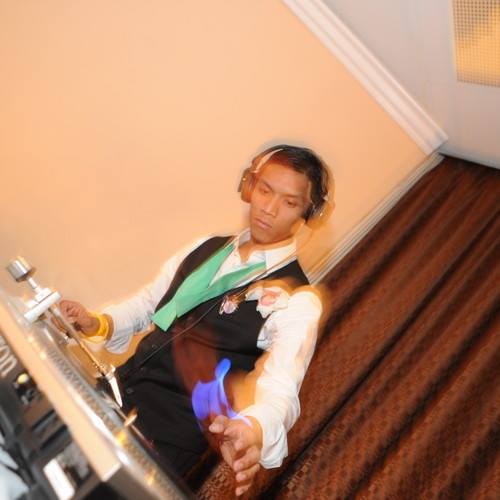 EDC Vegas 2011. My first event even though I have been listening to dance music since about 1998.

Buddies of mine that have been a part of the scene since about 2003.

Roni Size at EDC Vegas 2011. I was with my girlfriend-at-the-time, wife-now and she has never heard Drum n Bass before. Her first experience was at a music festival on a massive soundstage and she has been hooked since.

It was also a big deal watching someone that produced an album that was such a huge part of my childhood (New Forms by Roni Size and Reprazent). I can’t pick a favorite overall, but one that I cannot stop listening to lately is Metrik – Freefall VIP. Metrik is such a talented producer and his ear is most similar to mine in terms of direction that I would go if I went pro with producing.

There is literally no genre I would not listen to, but my favorites are Drum n Bass and UK Hardcore. I am a fan of heavy, fast stuff.

What do you feel your “identity” is in the electronic music community?

That’s something I am trying to nail down. I don’t know exactly how to define my identity (is it done by my interests, by my contributions, by what communities I belong to, etc).

Not only am I an avid listener, I am also a DJ and hobbyist producer!