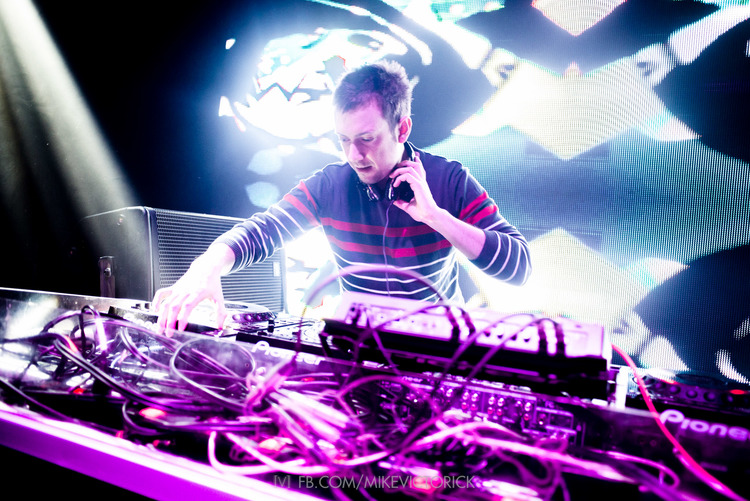 Our next Dreamstate artist comes to us from none other than the home of the Beatles, Liverpool, England. And just like the Beatles, Jordan Suckley would follow the call of music and his heart. When Jordan was 18 years old, he was working on a degree in business. During this time, he honed his skills on the decks and decided that he would enter a DJ competition that, unbeknownst to him, would change his life forever. He won the competition and the prize was to play at Cream, Liverpool. This was the first set he ever played and soon he would find himself submitting a demo to producer Eddie Halliwell and securing a spot at the Gatecrasher tour in Wales for New Years Eve. Fast forward time and in 2009, Jordan landed a signing with Blackhole Recordings and immediately began touring all over the U.K.

One fateful day, while on a flight to Northern Ireland, Jordan Suckley was approached by a man we know very well in the EDM scene, Gareth Emery. After some conversation about remixing, it was agreed that Jordan would remix one of Gareth Emery’s tracks on his very popular Northern Lights album.  The album Northern Lights Re-lit would become No. 1 on the iTunes dance charts, with Jordan being a contributor.  Fast forward again to 2012 and Jordan was invited to join a line up of DJ’s on BBC radio for the “In New DJ’s We Trust” show. This would lead to a collaboration with Simon Patterson and the track, “Vanilla”, was born. This track quickly climbed to the top 5 list of Beatport and Trackitdown Charts.

So, that is the past, but what about today? Well Jordan has certainly not slowed down. Jordan Suckley, like many of his successful predecessors, has started his own record label called Damaged Records. And with his radio show Damaged Radio, Jordan continues to spread the sounds of trance all over the world.  Listen to his radio show and Suckley’s tracks, “Who Cares”, “Droid”, “Medic”, and “Contaminated” (just to name a few),  will remind you that this man has found his niche in life.  But, why stop there? Seeing Jordan do what he does best in the clubs and festivals is the one true way to appreciate his genius. When he hits the Dreamstate stage, history will be made and memories will be created. His beats can be dark and driving or soft and melodic. His music is trance but sometimes with a dash of techno for flavor. His music will captivate you, pull you into a new dimension, spin you around a bit, and then drop you back into reality with a new sense of fulfillment. Want to hear what I am talking about? Check out Jordan Suckley’s live set from A State of Trance 700:

Today Jordan Suckley can be found still grinding hard on the festival and club circuit, he remains a beloved staple in the trance scene that we hold so dear. And his recent release of ‘Damaged Neon‘ mixed by Jordan Suckley, Freedom Fighters, and Allen & Envy has been causing quite the buzz. And head over to YouTube or Jordan even Suckley’s Facebook page for a little dose of current and past episodes of Jordan Suckley TV. Yes, Jordan Suckley remains active and more productive than ever. You can catch him the rest of this year in countries ranging from Germany to Ireland to Spain to the U.K. and of course the U.S. And ultimately his journey will land him right where it all began 1 year ago. On our precious Dreamstate stage. And the homecoming will be nothing short of game changing.