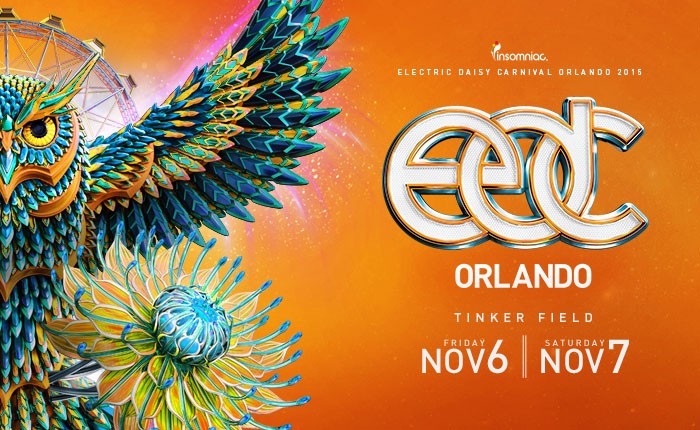 Insomniac announced today that single day tickets and the lineup by day for the 5th installment of Electric Daisy Carnival (EDC), Orlando are now available. Single day General Admission passes start at $99 before service fees, while VIP tickets begin at $179, before fees. Both pass types can be purchased for Friday, November 6th here and for Saturday, November 7th here.

Headliners will be able to immerse themselves in the carnival-like atmosphere through seven full-scale carnival rides, an electrifying fireworks display, and a stadium full of playful costumed performers. The two-day festival will return to its home at the historic Tinker Field and EDC Orlando will showcase over 50 of the world’s most well-known dance music artists across three of Insomniac’s signature, mind-blowing stages including kineticFIELD, circuitGROUNDS and neonGARDEN.  Also making its way to Orlando this year will be the breathtaking Dandelion Forest chill zone and the Buddha Garden art installation.

Check out who you won’t be missing at EDC Orlando with the lineup by day below: The festival will once again be going “cashless” by returning with its RFID Experience Pass wristbands.  For more information see ticketing FAQ for details:  Orlando.ElectricDaisyCarnival.com/tickets/