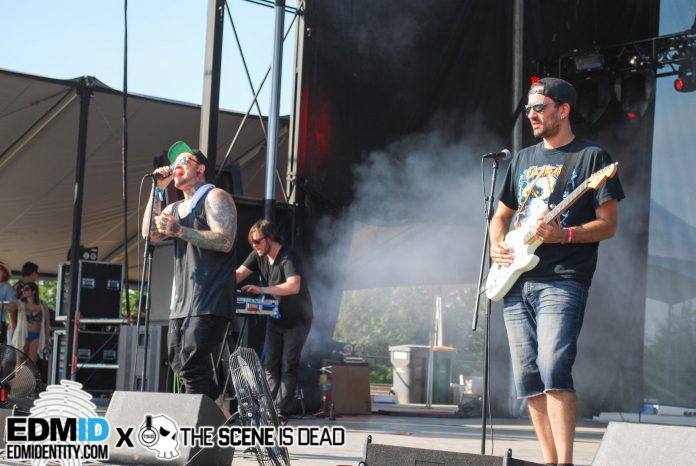 Heading towards Friday of Summer Set Music Festival this year I had two things on my mind. First, was the fact that it was blistering hot out and I was in a state that was known for it’s snow. Second, was how excited I was to check a group I had never seen live RBTS WIN and that I would get a chance to chat with them afterwards! After trekking back up to the Meadow Stage from the Big Top, my friends and I tried to keep cool and vibe out. It was fairly early in the day, so many people were still getting their grips on the festival and figuring out where everything was. So we sat down and relaxed in the shaded area of the Meadow Stage like many fellow attendees.

Now, I should probably give you some backstory on RBTS WIN. I personally did not have much experience with them going into the festival, but I did some researching prior and fell in love with their style. Directly from their website RBTS WIN is the duo of Javier Bolea and Cliff Worsham, with guitarist Josh Chassner. The group is based out of Asheville, North Carolina but members Javier and Josh originally come from the sun drenched city of Miami. One thing that I would like to note, is that they definitely do not follow any trends and know exactly what they are trying to bring to the masses. Their live performance was awesome, and incorporated many live elements that other artists are clamoring to catch up to in an era of the “push play” DJ.

So after their set I had the opportunity to sit down and chat, pick their brain on a few topics, and get to know them a bit better. What I found were some of the most down to earth, cool artists that I have ever had the chance to interview. 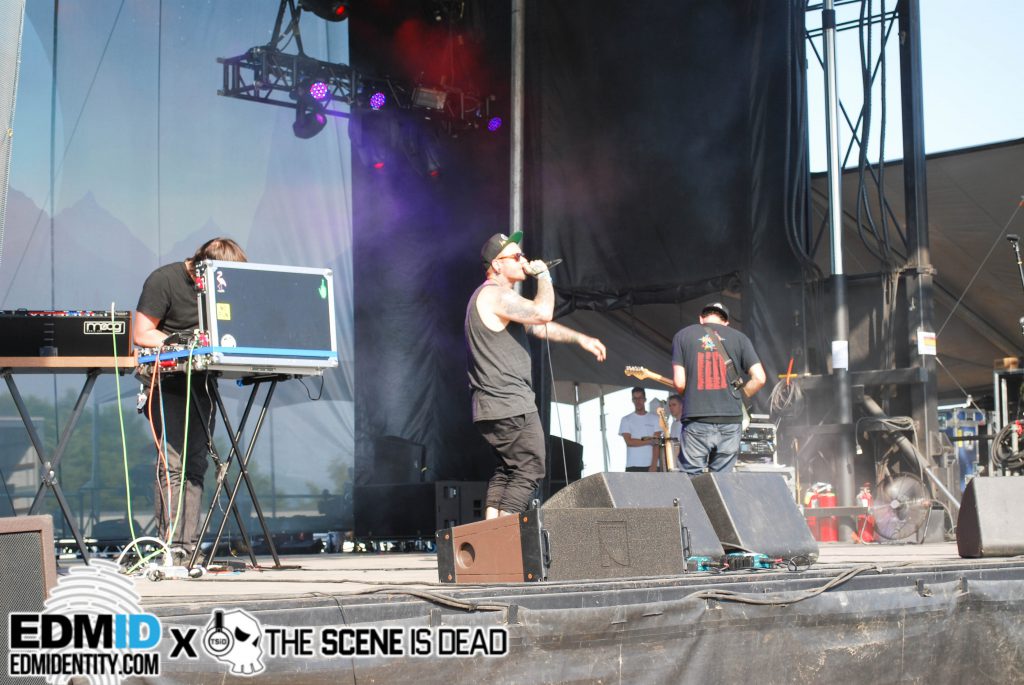 MLA: Who did you guys listen to growing up, and do you feel that influenced your sound as artists?

Cliff: I mean we all just listened to so much stuff. We came from hardcore punk rock and metal background but at the same time we were listening to hip hop. Our sound is like a culture of everything that we have been into in our lives. From metal to dub-reggae.

Javier: I grew up on Rock n Roll and then like Wham! and New Kids on the Block and then Nirvana. We are just a product of growing up in the 80s and 90s. We listened to everything from Prince to Pantera. We just want to write good records, ya know?

Josh: We try to not label it ever and just do it. the music we make, we don’t try to stick to one genre.

Javier: We sometimes change our genre on every record we make. The last record was like a beachy vibe and the new one is even more chill with some good tones. So people can’t really put an exact finger on us but that is what we are known for now. If you check out our backlog, which is free, there is some super lo-fi, dark wave stuff and other stuff is straight hip hop.

MLA: I definitely love the sound, I wasn’t really familiar with you guys before this but after digging through your SoundCloud I really enjoyed what I found. I hope to see you guys on the West Coast soon! Are you guys working on any new material?

Javier: We are finishing up the new record now and hopefully we will be doing a lot more touring next year.

Cliff: We will be doing a pretty big European push, more so than the states to be honest. We feel like that would be a place we could go to and people would like the sound and get into our music.

MLA: I can totally see Europe embracing your style of music. They have always been fairly progressive with new styles and genres.

Cliff: Because bands from Europe that weren’t “electronic” have been incorporating electronics in the music for so long and its created new hybrid version of electronic music. 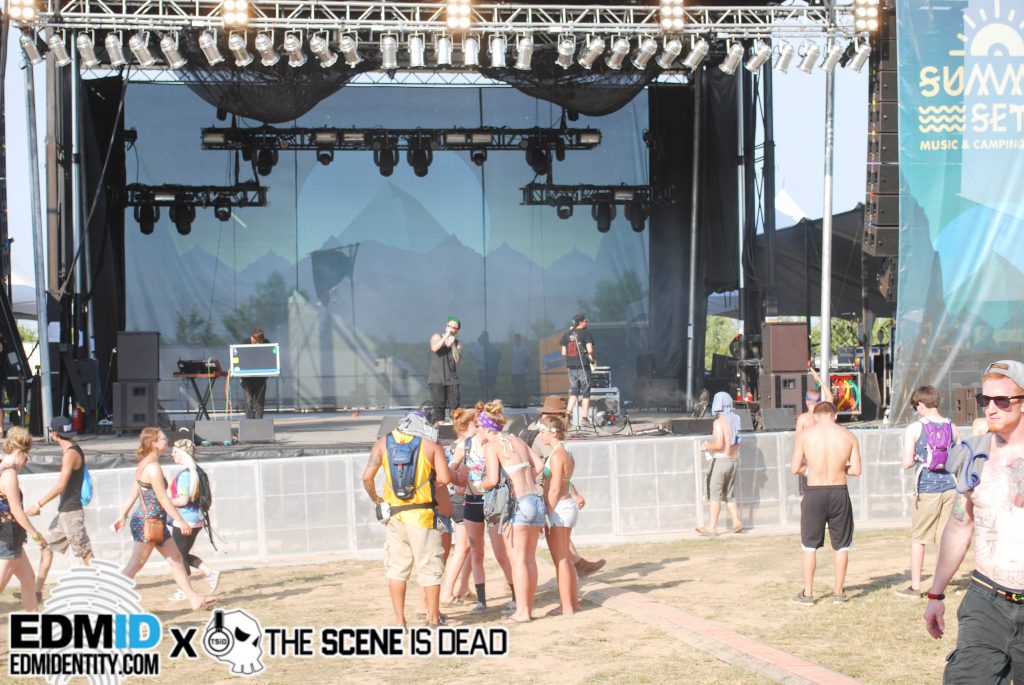 MLA: Yeah sort of what “IDM” [Intelligent Dance Music] has become here in the US.

Javier: IDM is like what I grew up with in Miami, where I’m from. When I heard EDM I was confused, when I was in High School listening to artists like Aphex Twin and Squarepusher, that’s why I picked up a drum machine. I had no idea that a lot of the music I had grown up listening to was made with that. I never thought a Duran Duran record was made with a drum machine because in the videos they were playing fake drums. I never knew what EDM was but I guess people are going back to IDM now.

Cliff: People call us EDM and I like IDM a lot better.

MLA: I definitely feel like you guys have more of an IDM vibe than an EDM one. I’ve noticed that more DJs are incorporating live elements into their sets at festivals like Coachella to get a wider audience. Do you all feel that you’re a step ahead of the game because you’re already doing that?

Cliff: Its natural for us because we all came up playing different instruments. We wanted to have that human feel and not just make it stuck to a grid. We want to make it loose. 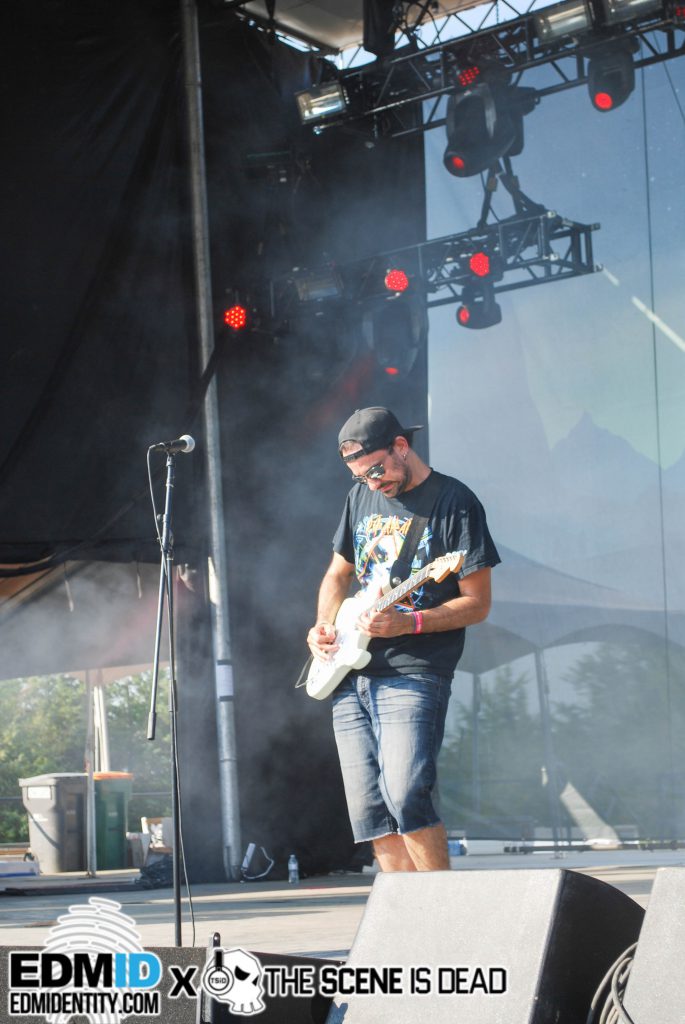 MLA: So how do you incorporate the human element while using the electronics?

Cliff: Turn off the quantization and let it be human, and not try to make it perfect. With electronic music, it’s so easy to have it fall to a grid oriented structure. I want to think about, “what would me as a 13 to 14 year old kid do with a  drum machine?” It would sound really loose and not perfect.

MLA: You guys have all played quite a few events, do you have a favorite one in particular?

MLA: You’ve played it three times so that one must be pretty fun!

Javier: We’ve been involved in some capacity nearly every year. We are pretty good friends with Moog Music from the standpoint that they are in Asheville and they’ve always supported us. We try to rep them even though they don’t need the help. Moogfest is incredible to be on a lineup with Kraftwerk or Squarepusher and see your name on the same piece of paper. It’s a dream come true.

Cliff: I’m from Asheville so its really cool to me. You watch Asheville turn into…it’s almost a different country. Everyone is so mellow there.

Javier: It’s a nerd festival, some of the festival is like circuit bending competitions, like who can build their circuits the best.

Josh: It’s not just for the electronic musicians but its for anyone who built or tinkered with anything electronic.

Javier: It’s like a technology fair with live music, so there is some cool day programming.

Cliff: All the dudes who build the machines we use, we can hear them speak about that stuff, it’s pretty cool.

MLA: So its basically a convention and a music festival! That’s pretty cool! What would be your dream venue?

Cliff: I feel like our music would vibe well and we try to incorporate the natural world in our tracks. Some of our songs have underlying water sounds running, you might not hear it but it gives that natural vibe.

MLA: I noticed there is a definitely a different feel listening to your music than traditional electronic music.

Javier: There is tape and dynamics in there.

Cliff: I feel like us and our music being so connected to the natural world it would just be the perfect venue. You put energy into nature and it creates a cool atmosphere. 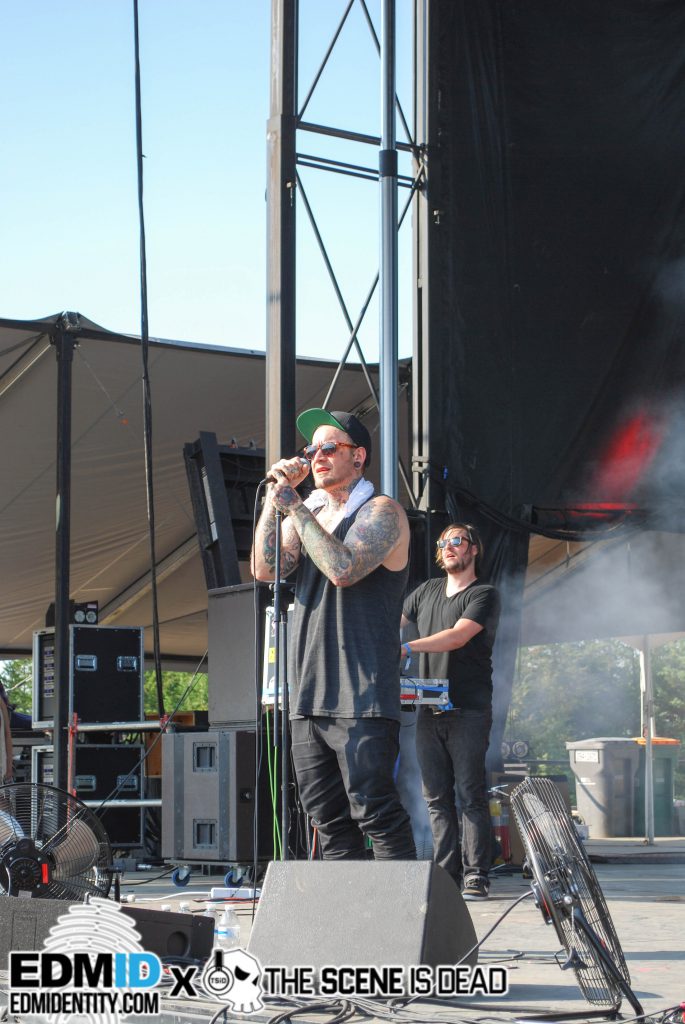 MLA: You said before the interview that you’d be heading out tonight after the event. Do you guys ever get to enjoy the shows you play at?

Cliff: That’s why we love Moogfest so much because we live a mile from the venue, so we can Uber downtown and such.

Javier: We are looking at it more like a job and trying to spread our music. And a lot of time we’re getting a little older so if we partied hard it would be hard to recover. We want to do what is best and make and spread music effectively.

Josh: We gotta keep some of the normalcy and mental power.

MLA: You guys were just in Cincinatti right? How was that?

All: It was really cool!

Javier: We played at a pretty scary venue, called Over the Rind, and its just like one block is like a run-down jungle and the other side is all condos and nice housing.

Cliff: Not only can you see the line but you can step over the line, it’s messed up.

Cliff: There are a lot of different vibes. Severe privilege to severe depression.

Javier: There might as well be a chalk line you could step over. We played in the depressed area and it was really great.

Cliff: The same thing happened where we are from. In Asheville in the mid-90s downtown died. They built a mall on the outside, and then a bypass so you didn’t have to drive through it. I was seeking out that downtown area. You could get property for cheap in the downtown area so a lot of artists went there. Its unfortunate because you’re watching it all over the country. They want everything to be cookie cutter and fit in their rules and these areas don’t conform very well. 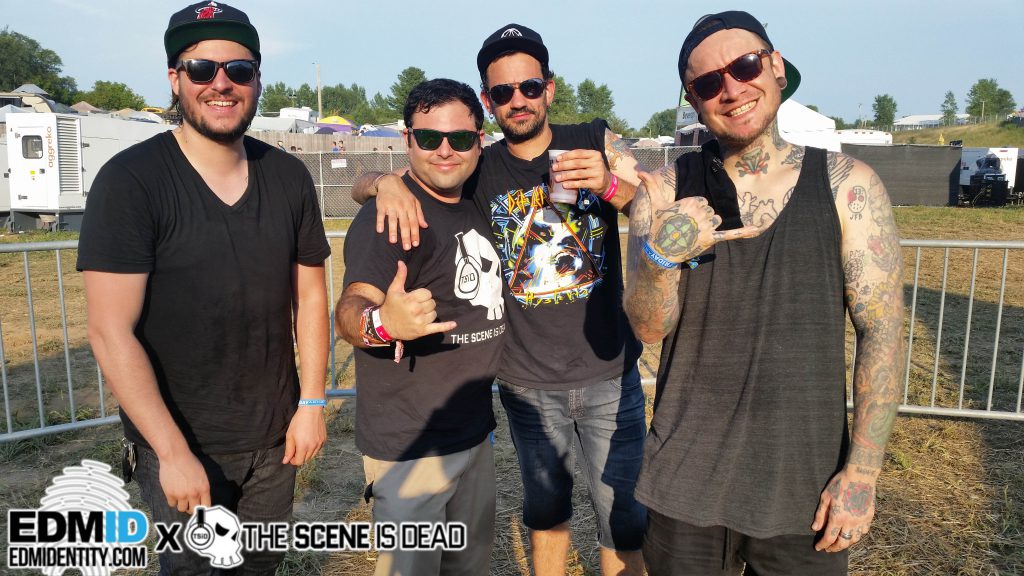 MLA: So if you guys could pick 3 artists each for the rest of your life, who would it be?

Cliff: Let’s do it hypothetical, you go first (points to Javier) he’s got way more conviction than Josh and I have.

Javier: Pink Floyd, Wu Tang Clan…I can include every member right?, and my third… would probably be Bob Marley.

Cliff: All of J Dilla, *sigh* that’s such a tough question, Prince, and you go let me think of one more.

Josh: I have to say one of those would have to be Pink Floyd, the guys from the band Porcupine Tree are doing and have always done is incredible. Everything they put out is amazing. I’m into very orchestral type stuff like what I’m trying to do with the guitar work for RBTS Win’s stuff has a lot of orchestral feel. Layering and synth and strings. The third one, I’m afraid to say because it closes out so many other artists. I would say if the original guys from Guns ‘N Roses would get back together. That’s a good question though, man.

Cliff: I’ll throw Tears for Fears into there too. Animal Plankton, maybe?

MLA: Last question! What are your favorite pizza toppings?

Josh: All Veggie, maybe an alfredo base.

Javier and Cliff: What? Groossss.

Cliff: If I had to pick one it would be New York Style Pepperoni! 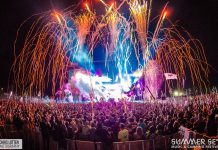