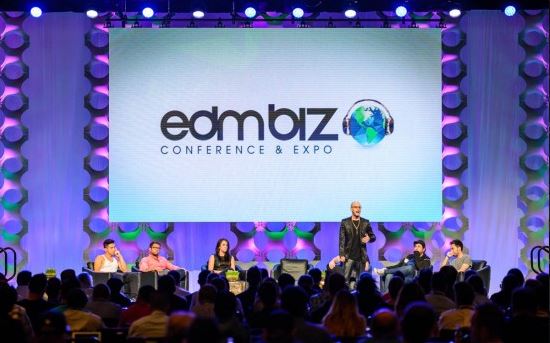 EDMbiz Conference & Expo 2015 has announced the first phase of panels and speakers including KCRW Music Director, Jason Bentley, who will be returning as host and co-curator of the 4th annual music conference which will taking place at The Cosmopolitan of Las Vegas from Tuesday, June 16 through Thursday, June 18.

One highlight of the event will be Billboard presenting its Dance Power Players 2015 list with a panel discussion hosted by John Amato, President at Billboard /The Hollywood Reporter; Megan Buerger, Writer, Billboard; and, Matt Medved, Editor, Billboard Dance. The trio will share insights on how the list was compiled and the addition of executives to the list for the first-time ever.

The following Keynote sessions and panels will take place at EDMBiz:

Industry leaders joining EDMbiz for a variety of presentations and panels to date will include the following*:

View details about speakers here. *Additional speakers, panels and EDC Week party access will be announced soon. All panels and speakers are subject to change.

As an attendee of EDMbiz attendees you’ll have access to the following EDC Week Shows:

For more information on speakers and registration, please visit edmbiz.com.