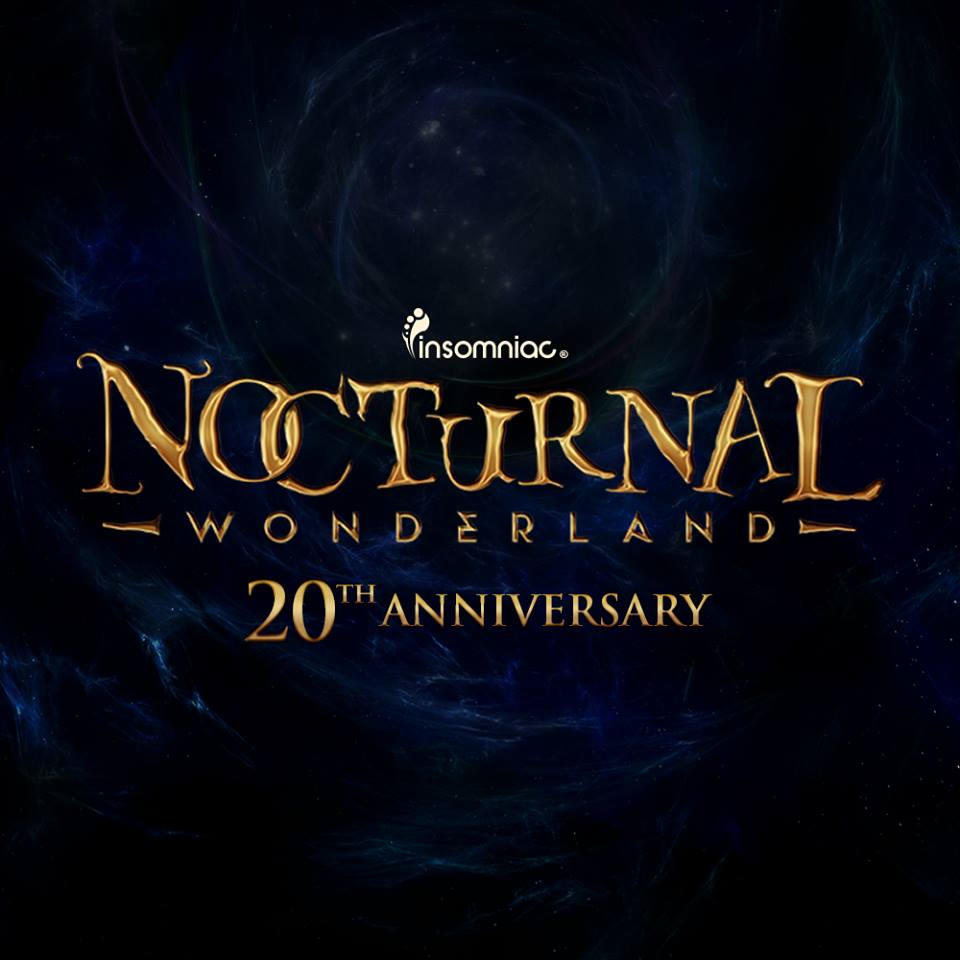 Insomniac released the artist line-up for this year’s eagerly awaited 20th anniversary celebration of Nocturnal Wonderland. North America’s longest running dance music festival will expand to three days for the first time in its two-decade history and feature a lineup of more than 80 of 2015’s top dance music artists as well as legendary DJs of the early dance music scene. Over Labor Day weekend, September 4, 5, and 6, Nocturnal will once again transform the San Manuel Amphitheater & Grounds into a beautifully dark landscape complete with whimsical art, stunning production, curious theatrical performers and wonderful surprises for fans to explore.

“Nocturnal Wonderland is the first festival I produced, so it holds a very special place in my heart. Celebrating its 20th anniversary is an amazing feeling. For this three-day experience, we’re going to produce an event that pushes our creative boundaries, and also gives love to Nocturnal’s SoCal roots with a lineup that includes classic artists that helped shape the early dance scene.” -Pasquale Rotella, Founder and CEO of Insomniac. Fans can celebrate the end of summer with Nocturnal’s festival soundtrack, which includes:

And much more to be announced.

Last year, Nocturnal Wonderland brought more than 55,000 fans together for an incredible two-day journey. Over the past two decades, Nocturnal has captivated more than 600,000 festivalgoers with its enchanted wonderland of world-class music and unparalleled production.  Insomniac will once again bring its signature over-the-top visual elements including interactive art installations, mind-blowing pyrotechnic displays and creative stage designs to life.

Fans are once again invited to join the Nocturnal camping community for up to four nights, sleeping under the beautiful night sky. Overnight guests will stay adjacent to the festival grounds and have the chance to interact with their fellow headliners before the festival gates open. Brand new to 2015, the Nocturnal campgrounds will expand to offer turnkey camping options, special amenities, and more entertainment than ever before. Further details on expanded camping options will be revealed in the coming months.

Tickets for this 18-and-over event are on sale now.  Three-day general admission passes, three-day VIP passes for those 21 and over and single day passes are available at NocturnalWonderland.com. Payment plan options are also available. VIP amenities include a separate entrance to the festival for expedited access, exclusive viewing decks overlooking the stage, a full cash bar, private restroom facilities, and a souvenir laminate and lanyard.