As a self-proclaimed kandi kid, how could I possibly find any positive in such an action? How could I take such a stance against what I spend many sleepless nights doing, tying together beads and string? Let me put it this way, I’m not defending the ban. I’m not attacking it either. The goal of this article is to find some positive aspects because of the ban. Cause at the end of the day, isn’t that something we kandi makers have always tried to promote anyways? Not letting the negative energies keep us or those near us down? Lets get the good vibes going and find that silver lining!

Kandi, at some events (such as all HARD events and most recently Mad Decent Block Party), is now on the same prohibited list as explosives, weapons, drugs, inflatables, etc. There are many discussions, chats and finger pointing under the belief that something as simple as the combination of beads, string and a whole lot of effort should never be on such a list. Events will lose the magic of trading an amazing cuff to a new friend, the bonding moment when you see someone with your favorite artist’s logo made in perlers, even the rare chance that you may get of giving kandi to the DJ on stage. Even with all these lost, there is much more to be gained.

There was a strong backlash against retail stores selling kandi (or rather pony bead bracelets) when EDM and kandi really started to get massively popular. Those items’ sales will drastically decline very quickly, since the people buying these bracelets will have less events they could even take them to. Lesser sales will eventually phase out these items. That creates two positives: retailers not selling our precious kandi and people aren’t trading away bracelets they bought in a store for ones we put a lot of time/effort into!

Kandi will actually regain novelty over time. People who are passionate about kandi will continue to make/trade/wear it, regardless of whether some events have them a banned list. Those people will still carry on the traditions and values that kandi originated on. Meeting these people could become more and more infrequent, however, the bond that you gain when you do find another “kandi kid” will have even more impact and meaning as time goes on. By no means am I saying people that make kandi are by any means better than others, but meeting another with the same passion is just a wonderful experience. The ensuing of trades and bonds will have even more meaning than ever before. This also means that less trades will occur over time. However, the trades that we will lose will more likely be those “plain singlet” trades or even one-sided giveaways for arbitrary reasons. This means that means there will be less people approaching you with intention of “getting one of those bracelets” or trading simply because “that’s just what you do at raves”.

The point is, get out those beads, make it meaningful, and keep the tradition going stronger than ever! With creativity and positivity, we will all see brighter days through these cloudy times! 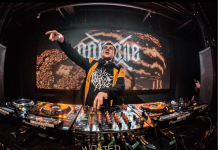 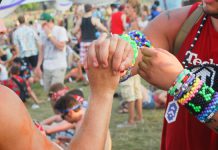 Kandi Etiquette: The Guide to Trading for First Timers 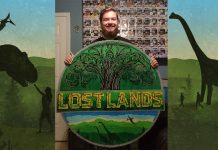