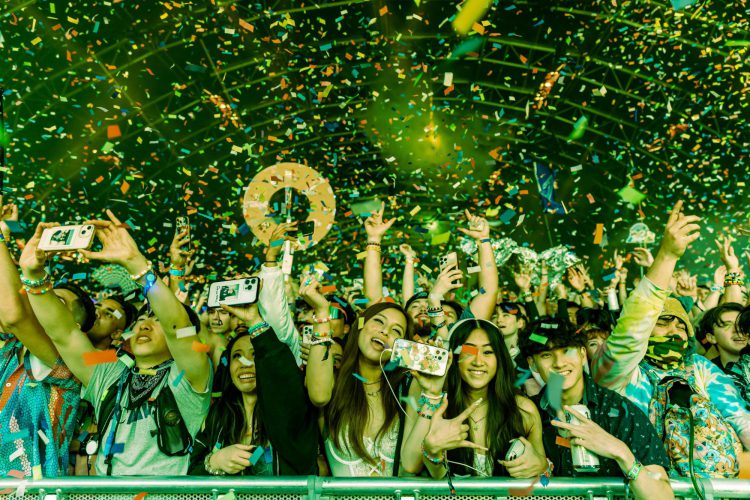 The alien invaders might have left the planet, but they’re already plotting the next time they’ll party with Earthlings at Countdown NYE 2023.

This year’s edition of Countdown NYE was another extraterrestrial experience for dance music lovers of all walks of life as the aliens landed at the NOS Events Center in San Bernardino once again for a weekend filled with unreal beats and exciting production – even if it was cold and rainy. But before they set course for their home world and blasted back off into the cosmos, there was one last transmission sent that included some important information.

The aliens will invade the planet once again on December 30-31 for another two-night affair – and those planning to dance the final hours of the year away can start planning now. Ticket information for the upcoming edition has been transmitted along with the news of their return. GA passes will start at $169.95 (+ tax and fees), while GA+ will run you $229.95 (+ tax and fees). Those looking to close the year out in style will want to opt for the elevated VIP experience, with passes starting at $279.95 (+ tax and fees), to gain access to a number of perks, including fast entry and exclusive dance areas.

While we might not know which artists are set to provide the soundtrack for the end-of-year festivities at Countdown NYE, past iterations have featured some of the most impressive names in the scene. The most recent edition brought artists such as Green Velvet, Eli Brown, The Chainsmokers, Justin Martin, FuntCase, JAUZ, ZHU, and more to the stage – so stay tuned for further transmissions from off-world that will surely arrive later this year.

All pass types for Countdown NYE 2023 will be available on Friday, January 13 at 10am PT via Front Gate. Layaway options are available after placing a $9.95 deposit.