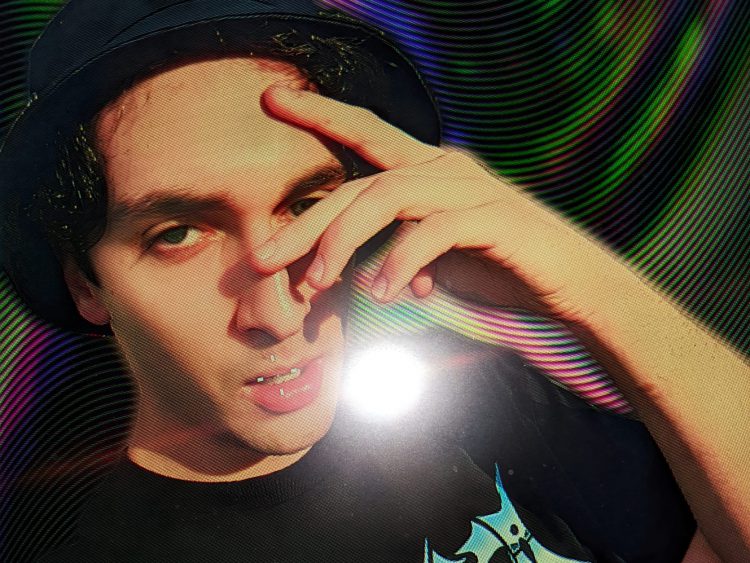 Don Peyote stopped by to chat about the creative process behind his recent singles, playing BUKU, and what’s to come for the project.

New Orleans-based DJ and producer Don Peyote brings a unique versatility to bass music and beyond. Defying the constraints of one genre, he continuously pushes boundaries, creating a plethora of multi-genre, hybrid tracks to carry listeners to another world. Coming to the limelight after his collaborative track with BuckTen was featured on Headbang Society, he set things in motion with no turning back.

This year Don Peyote continued to ride the wave of his releases while gaining recognition through his high-energy, hard-hitting sounds, including what was found on his 13-track self-titled album that dropped last year and a b2b performance at BUKU that saw him set for stun. He’s slowly created an arsenal of a catalog to unleash on listeners, and now he’s ready to add more fuel to the fire.

Don Peyote’s recent tracks, “Kizuki” and “DoTS” turned the heads of those who have come to love his hybrid dubstep, hardwave sound. With an endless number of possibilities in front of him, we caught up with this rising artist in the scene to get a look at what other maniacal creations he’s ready to reveal in the future. Listen to his exclusive guest mix and read on for the full conversation!

Hi Don Peyote! Thanks for taking the time to chat with us – we’re excited to share more about your project. To kick this one off, we’d love to know a bit more about your backstory. When did you first find a passion for dance music, and what led you to become a producer?

Hey everyone! Excited to do this interview with you, and thank you for your time! I’ve had a passion for Dance / Electronic, just all of it since I was in my adolescent years, probably nine years old. My family was very influential musically to me, so they always showed me the new, ‘cool’ dance songs at the time that ended up becoming the ‘Rave Classics’ of our era, if you will. I was also no stranger to composing my own music, as I had a background in symphonic orchestra playing different instruments n’ stuff. I always knew I wanted to DJ, produce, and just exist in the electronic world, as it had a certain mysticism that resonated profoundly with me.

Your sound is fairly versatile, with a wide range throughout your hefty catalog. What would you say is your favorite genre to produce, and how do you put yourself in a creative state of mind?

Bass Music is my go-to right now, meaning Wave, Halftime, Dubstep, Deep Dub’, and DnB. Anything that just feels good to me and that I’m confident any fans or new listeners will really resonate with is what I lean toward as my ‘favorite.’ [Laughs] Just good music. My creative mindset really is just inspiration I get from the works of others that work hard. It trickles from the top down, ya know? I also try to take care of myself and min/max my workflow so that my creative juices never deplete. The body is a temple, as they say.

One of your recent tunes, “DoTS,” landed on The Electric Movement’s Transfusion compilation. Can you share a bit about the production process behind this release?

Absolutely! This track is more along the ‘Dubstep’-alignment, and I just drew inspiration from any fun, bouncy, sound-design heavy tracks that I’ve gained inspiration from. In this case, probably Kai Wachi, Zomboy, MUST DIE!, Brondo, etc. The TEMCO team are friends of mine here in New Orleans, and given the current climate of not just our culture but the city in general, we need more cultivators and curators to spread the word and invoke passion in fans, new and old. They’re like family to me, and their vision is strong!

“Kizuki” is another gem you released and is complex at its core with multiple layers making it a hybrid track. How did that creative process come together for this one?

Kizuki, first and foremost, gained inspiration from the recent ‘Demon Slayer’ season. [Laughs] I’m just a big fan of well-produced art. But that track came together from three different Ableton project files of different genres that I fused into one, which was pretty tricky to do. Happy it worked out, and it’s being received well!

This year saw you perform at Buku in a b2b set and at Fête Du VOID Festival. What were those experiences like? Were there any memorable moments?

Both festivals were wonderful! Fête Du VOID was an intimate setting, which can be scary when showcasing yourself to an audience that might not be as familiar with your music, brand, etc. Those sets really teach you a lot about your sound, I feel. On the other hand, BUKU Music + Art Project (my hometown festival), Bassik, Winter Circle Productions, the AEG team, and production were overwhelmingly supportive of the Don Peyote project, which just felt good to hear after doing this for so long! That was my debut festival performance, after all. Shoutout to my homie Weston “BuckTen” Rachal for being my #1 supporter after all these years (at least a decade) and being up there with me.

Coming from New Orleans, you must see some pretty vibrant nightlife scene. What’s the scene like in your home city? How has that influenced or affected you as an artist?

Oh absolutely. It’s a melting pot, for sure. There’s the influence of all sectors every day of the week, which can feel overwhelming in a good way. It’s a staple for our culture, though and just shows how important Music + Art are to society. We need it, and it helps us understand things about ourselves that normal words can’t communicate. It’s shaped me to be a multi-faceted artist, producer, DJ, and businessman. I take that with me every day when I do my work.

What’s your favorite local venue that you would recommend to someone who’s never been to NOLA? Where would you take us on a night out on the town?

That’s a very difficult question as there’s a lot. If I were the curator of EDM Identity’s NOLA night out (this should actually happen FYI) I’d guarantee there’d be some type of Electronic / Bass show going on at ‘Republic NOLA’ to start. That venue is like my home base, and I’ve been going there longer than I probably should. [Laughs] Their team has shown me a lot of support over the years. For the afters, we’d hit ‘The Rabbit Hole,’ which is a newer spot curating the culture in the best way possible. Shoutout to Nile Ashton and the good work he does there!

Finally, what can fans expect from Don Peyote next? Any releases or big shows we can look forward to?

The guest mix I’m doing with EDM Identity! Everyone should check that out, as it includes some, but not all, of my recent unreleased music, as well as my best edits and recent originals! It perfectly encapsulates what my sets have been like lately. Take it as a lesson in Bass / Electronic music with Don Peyote. Go bump that on ya speakaz!