Auris Presents continues to prove that they not only have their finger on the pulse of the house and techno scene but understand its legacy as well. This was prominently put on display during the debut edition of ARC Music Festival in Chicago last year, but that was only the start as the upcoming iteration on Labor Day Weekend (September 2-4), is set to blow attendees away as well.

The initial lineup for ARC Music Festival 2022 was filled to the brim with legendary artists in the scene such as Carl Cox, Richie Hawtin, Fatboy Slim, Skream, Chris Lake, and more – and today’s news of additional artists should only further deepen your desire to attend. Joining in on the fun this year are other icons in the scene that include Acid Pauli, Pan-Pot, De La Swing, Mark Farina, Öona Dahl, DJ Three, and Tini Gessler.

Other artists have been announced to play the upcoming edition of ARC Music Festival on the ARC Car Stage, which is powered by The GoodBus. This includes Dani Deahl, DEEPFAKE, Cross, Axcel, Abigail, Boots & Claps, Ciphr, Avacado, BLU 9, and more who are sure to bring some heat along with them.

Additionally, Elrow has announced its theme for the festival, Rowmuda Triangle, which has previously been found in cities like New York – so expect a party of epic proportions at their curated stage. ARC Music Festival also plans to bring its high-quality production elements to each stage while highlighting local artists and restaurants as well, making this a true testament to the diversity in Chicago.

GA, VIP, and VIP+ passes for ARC Music Festival are on sale now via their website. Will you be making the trek to Chicago’s Union Park this Labor Day Weekend for three days of house and techno bliss? Let us know in the comments below.

**New Additions to Phase One Lineup 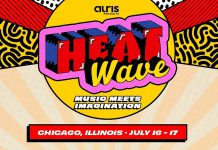 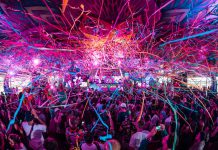 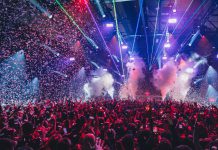