The beloved festival Mysteryland announces its return to Haarlemmermeer in The Netherlands with a reveal of its stage hosts.

Party animals from far and wide will once again descend upon The Netherlands on August 26-28 with open arms to welcome the return of Europe’s longest-running dance music festival, Mysteryland. Over the years, this massive festival has carved out a place within the hearts of dance lovers from over 100 countries and continually boasts a lineup of hundreds of DJs from nearly every facet of the scene. Mysteryland has continued to up the ante year after year, and 2022 will be no different as they prep for their 30th anniversary.

While the upcoming edition will surely feature an immaculate lineup of artists, Mysteryland has yet to reveal who will be gracing the decks this year. However, that doesn’t mean they cant stoke the fire of a ferociously hungry fan base with this first announcement. Stage hosts for the three-day extravaganza have come to light, allowing fans to piece together slowly who might take the stage come August. This year’s varsity list of hosts includes the legendary Carl Cox’s Awesome Soundwave, Oliver Heldens’ Heldeep Records, the fast and furious European staple Q-dance, as well as fellow favorites Cocoon, Sexy By Nature, and Trance Energy, to name a few.

Digging a little deeper, Mysteryland also revealed the return of their expertly curated Camping Stage which will play host exclusively to thousands of weekend campers. The cherished Thunderdome caters to a multitude of genres and styles throughout the weekend as well as numerous local stages and hidden surprises scattered throughout the venue that never cease to dazzle and amaze.

Mysteryland has continually gone above and beyond to deliver a taste of dance music love fit for fans from every corner of the globe and nearly every style of music. This year’s return is sure to be no different. Mysteryland is sure to bring a hefty dose of everything from booming main stage beats to the gritty, underground sound of house and techno. Yet, lovers of trance, hard dance, and more will find their place right at home amongst the madness of Mysteryland 2022.

A very limited number of weekend festival passes will go on sale at 12pm CET on Monday, February 21 via the Mysteryland Website, however, pre-registration is now open. Don’t miss your chance to join party animals from across the globe as we once again return to our happy place that is Mysteryland. 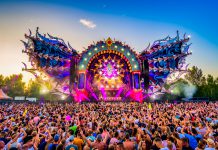 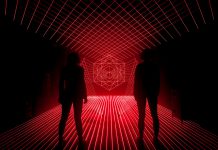 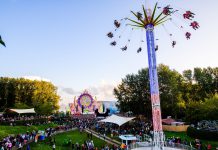