New York-based DJ and producer Nick Newhouse joins the This Is Home series to showcase his unique take on electronic music.

There are only a few cities on the planet that have a diverse range of cultures quite like New York City. This melting pot has been a hub for creativity over the years as it draws on the heartbeat of its population to influence everything from the cuisine found at restaurants to the art in its galleries. Music is another side of the city that never sleeps that has seen plenty of success over the years from forward-thinking producers who reside within it – and one of the artists beginning to carve out his own place is Nick Newhouse.

Growing up an hour and a half away from New York, Nick Newhouse was drawn to the city early on after his parents took him there. “It was always so vibrant and exciting–I remember loving that, even as a little kid,” he said while reminiscing on his youth. This led to his desire to immerse himself further by moving there after college and eventually led to him pursuing a career in music. Over the years Nick Newhouse began to release music as Baircave but has since set off on a new journey under his own name.

While working in the studio to develop his mellow, electronica sound found in his track “Every Night (In My Dreams),” Nick Newhouse caught the ear of Mat Zo. The renowned producer and Mad Zoo boss quickly signed him and his debut release on the label, Even Heat / Overfalls, has now been unveiled for the world to hear. This hypnotizing two-track release is a change of pace from the heavier sounds that typically permeate the imprint, but the warmth it provides will make listeners come back again and again.

Now, to celebrate his release on Mad Zoo and further put his tastemaking abilities on display, Nick Newhouse spun up a mix for the This Is Home series. Featuring tunes from artists like Duskus, Toro y Moi, and San Holo, along with his own tunes, it is a snapshot of his mind and the sounds that influence him today.

Listen to this exclusive guest mix from Nick Newhouse on SoundCloud and make sure to download or stream Even Heat / Overfalls on your favorite platform! 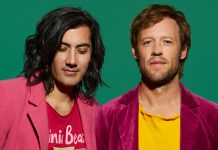 House Of Cheetah Brings Us the House Sounds of Maui 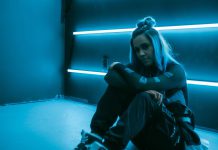 Skyler Madison Showcases Her Influences with a Bass-Fueled Mix 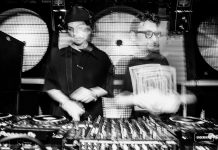