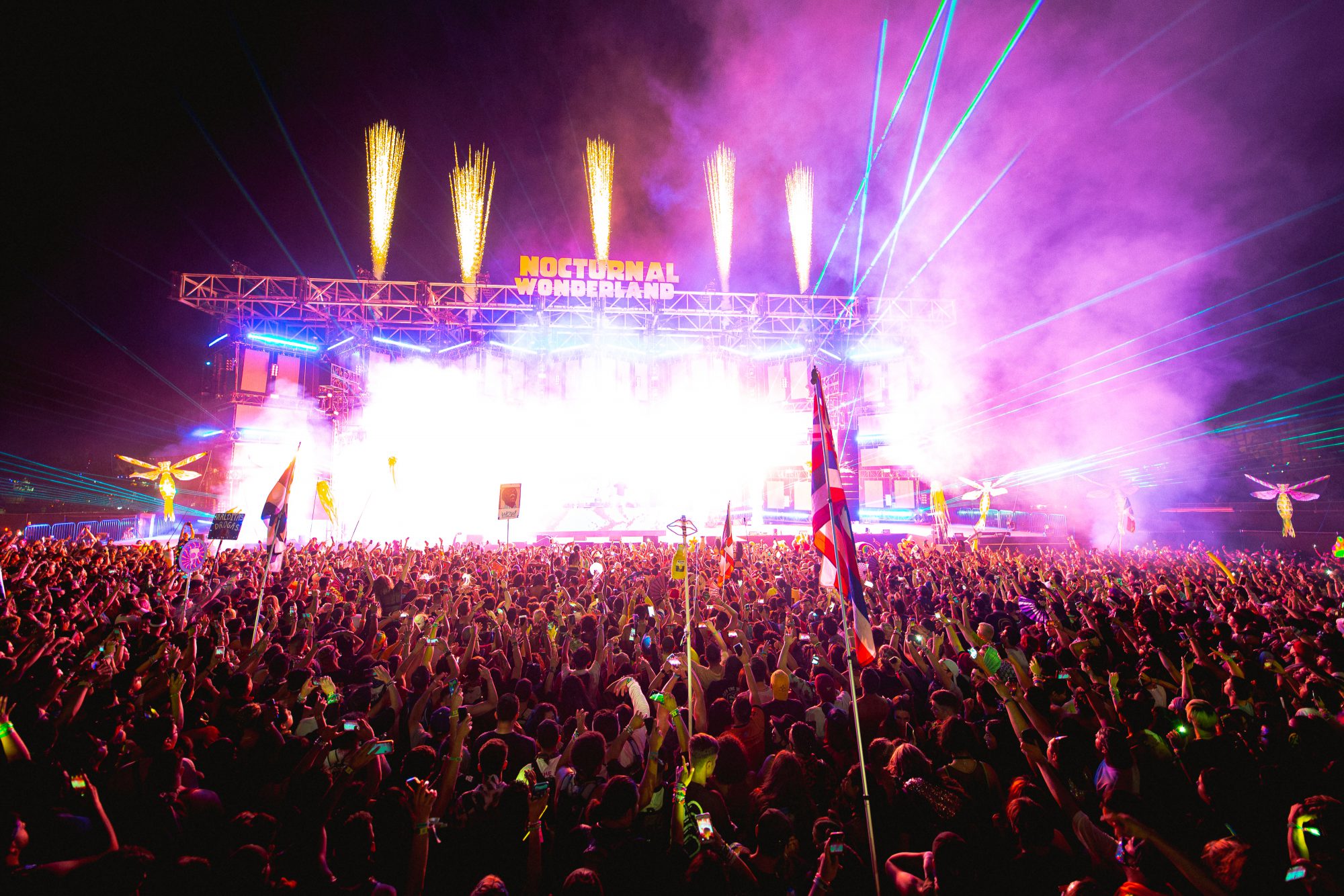 deadmau5, HVDES, LP Giobbi, Seven Lions, and more are set to play Nocturnal Wonderland as it makes its return to Glen Helen this September.

Creatures of the night rejoice! Insomniac Events’ longest-running music festival, Nocturnal Wonderland, is almost around the corner. While Pasquale Rotella unveiled the initial details for the weekend last year, today, they’ve unveiled the star-studded lineup fit to make any music lover excited for its return to the beloved Glen Helen Regional Park on September 18-19.

Insomniac didn’t hold back on bringing the heat with some of the most loves names in electronic dance music on the lineup this year. Immediate standouts who are set to play Nocturnal Wonderland this year include big names like deadmau5 and other legends such as 12th Planet, Flosstradamus, Sub Focus, Flux Pavilion, Tinlicker, Seven Lions, and Kill The Noise.

Something that stands out in the lineup is the roster of incredible women in music, including but not limited to the queen of underworld herself HVDES, otherworldly creator LUCII, the boss of all bosses GRLSKOUT, Animal Talk co-founder LP Giobbi, rising bass artist JEANIE, and some of the best of the best duos in the scene, Eli & Fur and Gem + Tauri.

Other notable artists who are set to perform include Claptone, Mikey Lion, William Black, Malaa, Dr. Fresch, Champagne Drip, Wuki, and No Mana, to name a few. Attendees will also be treated to a techno classics set by Octopus Recordings’ founder Sian, while Downlink and Modestep will be spinning a special b2b drum and bass set – and one of the most OG artists in the scene, Z-TRIP, will also be throwing down. Check out the full list below!

Tickets and camping passes for Nocturnal Wonderland 2021 go on sale Friday, July 16 at 12pm PT via their website. Stay tuned for more updates, including additional artists and other news surrounding their silent disco and more!

Late June Delivers All The Feels on ‘Standing Still’