Ultra Music Festival has finally come to terms with residents in Downtown Miami to help pave a path for its return in March 2022.

After a tumultuous few years with the City of Miami, Ultra Music Festival has set its sights on officially returning to its historic home in Bayfront Park in 2022. The past few years have seen numerous disagreements and plenty of tension between the festival and the Downtown Neighbors Alliance – the governing body representing numerous residential communities around Downtown Miami. But today, the two have agreed to allow the festival to return next spring.

Officially locking in dates for next March 25-27, dance music lovers from around the globe will once again descend on Bayfront Park for three days of top-tier dance music across a magnitude of genres. The agreement between the two parties will usher in Ultra’s voluntary upgrade and management of noise mitigation, traffic, and park cleanliness and closure impact. There will also be new production build guidelines that will continue to uphold the festival’s level of mind-blowing mayhem while keeping the community happy.

This news comes as a sigh of relief between the two embattled organizations that have long butted heads over the crown jewel of Miami’s downtown district. After the agreement was reached, Ultra’s spokesman Ray Martinez said, “we look forward to continuing to partner with area residents with the common goal of advancing a shared vision of sustainable coexistence, which will allow us to continue showcasing Miami and its local culture as the dance music capital of the world.”

While the future looks bright for Ultra, this also acts as a shining example of how music fans can continue to rise above and provide an example of community standards for those worldwide. Some of the most historic moments in dance music have gone down at the festival and fans will be excited to see what they have cooking up for their grand return in 2022.

Will you be making the pilgrimage back to Miami next March 25 – 27? Head to Ultra’s website for more information and keep your eyes tuned to their socials for the latest updates. 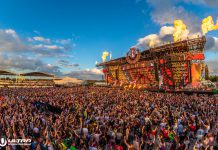 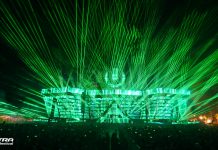 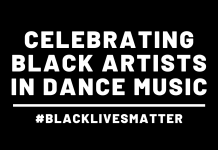