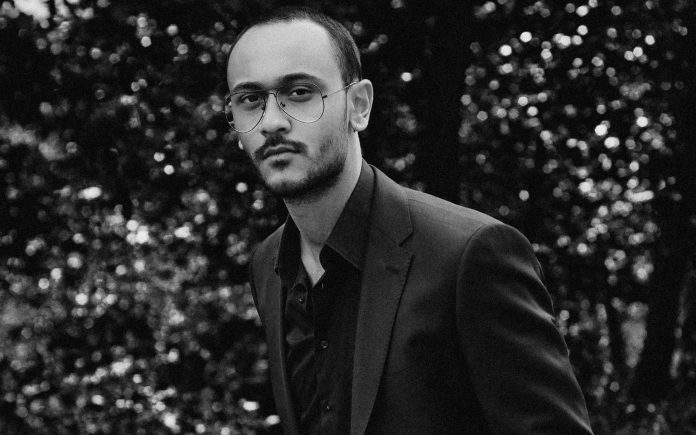 Dive into the mind of widerberg as he discusses the scene in Istanbul and showcases the melodic house & techno sound that he champions.

One of the most beautiful things about music is it is able to communicate feelings and emotions where words fail, and that’s exactly what widerberg does with his releases. Drawn to electronic music from a young age, this Turkish producer began creating hip-hop beats for a friend before finding his niche in melodic house & techno. Within this genre, widerberg is able to transform his life experiences into emotion-filled songs that instantly transport you to a parallel universe.

Inspired by a photo, film, or simply the world around him, widerberg translates these influences into musical journeys that unfold as stories. This is most prominently seen via The Middlemen, which draws inspiration from The Outlaw Ocean by Ian Urbina, while he also landed a number of other releases in 2020 that included “Rage” and “Vera.” He’s continued to pave his path in the new year as well with “Faded Memories” landing on Future Forward Music just a month ago.

Aside from his own releases, widerberg has begun to establish himself as a master tastemaker in the melodic house & techno scene as well. His ever-growing MELODIC TECHNO playlist on Spotify is the most followed in the genre on that platform, and consistently proves he has his finger on the pulse of the scene.

Now, widerberg has swung by for a chat to dive into the scene in Istanbul, what his plans are for this year, and more. To top it off he also spun up an hour-long mix to help further showcase his immense abilities as a tastemaker, so press play on the mix and learn more about this Turkish producer by reading our conversation with him.

Stream This Is Home 020 || widerberg [Istanbul] on SoundCloud:

Hello widerberg! Thank you for taking the time to be part of our This Is Home mix series. Can you tell us more about your start as a musician? Who were some of your earliest influences and what specifically drew you to Melodic House & Techno?

Hey! It’s a pleasure, and thank you for having me. widerberg is a music project that I started in 2016, but I officially started releasing music after 2018. Before widerberg, I was using my name and surname (Cemre Korkmaz) to publish songs. I’ve produced songs in many genres, but since 2016 I have been on a journey between Techno and sub-genres.

The first thing I remember is listening to Icarus’s song “Don’t Cry Wolf” (SevenDoors Remix) and then asking “what is this?!” By the way, it’s a great song. I would definitely recommend it. Then I started exploring similar songs, and a few years later, here we are!

Speaking of Melodic House & Techno, you curate one of the biggest playlists centered on that style on Spotify. How did you champion this project and what is your process for searching and selecting tracks?

MELODIC TECHNO is a Spotify Playlist that I launched in 2020. I made this playlist to keep the songs in a collection that I discovered. This playlist was hidden for a while, but when I was driving, at work, or having fun with friends, people were constantly asking me the name of the music.

So, I made the playlist public and started sharing it with people around me and my social media followers. Although its popularity is increasing day by day, Melodic Techno is a niche music genre, so people use my playlist to find this type of niche music. I think that’s why the playlist grew so fast in a year.

At first, I was researching the music myself, but now I get dozens of promo emails or messages every day. This makes it very easy for me to discover new music. I try to listen and respond to them as much as possible, but I’m a very picky person. The idea has not changed. I choose songs that inspire me. Songs that are emotional and powerful. Songs that I can listen to at home, in the car, or while working.

You recently released “Faded Memories” which is an absolutely stunning tune. Did you make this track specifically for its placement in the The Void compilation or were you already working on the track before? How did the track come to be?

Thank you so much! Actually, no, it’s not a compilation album-specific song. “Faded Memories” is a song that emerged after listening to Anjunadeep’s label boss James Grant and dear Jody Wisternoff’s set in Prague. What an incredible and inspiring set! I listen not only to Electronic Music but also to other genres of music.

I especially like to listen to classical music and soundtracks. I synthesized the atmosphere and storytelling of cinematic music with Melodic Techno’s powerful Drums and Bass. And voilà, here’s “Faded Memories”!

One of the things that defines the genre is the emotion layered into each release, so what emotions or message were you trying to weave into your recent track “Faded Memories” when you were producing it?

“Faded Memories” is like all my other songs, containing intense feelings and a story. That’s the most important thing for me. I guess that’s why I love this style of music so much! The song is the soundtrack to stories that slowly fade, ones we cannot away we hold. I think that’s the most accurate sentence for this song.

Can you speak more to what the electronic dance culture is like in Istanbul? What are some of the things that you feel define the local scene?

We Turkish people love electronic music so much! Adaptation of Istanbul and Ankara to new music genres is incredibly fast. This includes Melodic House & Techno too. I follow the news closely and this makes me very happy. I think the dance floor will be much more crowded when the pandemic is over.

After the pandemic when we head to Istanbul to visit you, where would you take us for a night out on the town? Are there any specific venues and restaurants we simply can’t miss out on?

I hope this comes true! Istanbul is a city that has hosted many world stars. Also, there are dozens of historical places to see. It’s really hard to choose! But to make a choice about entertainment, I’d like to have fun together at an after-party on the beach in “Kilyos” in the summer.

Finally, what goals do you have for the rest of 2021 and beyond? Do you hope to see more shows and festivals returning locally? Any new releases on the horizon?

In 2020, I had the opportunity to work with The New York Times reporter Ian Urbina. I feel that this project has seriously changed my career and my perspective on my career. In the fall of 2021, another project coming up that will surprise my audience again. I can’t give details yet because it is confidential, but I will share it on Instagram when it’s time to publish. Stay tuned! 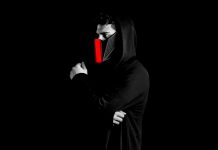