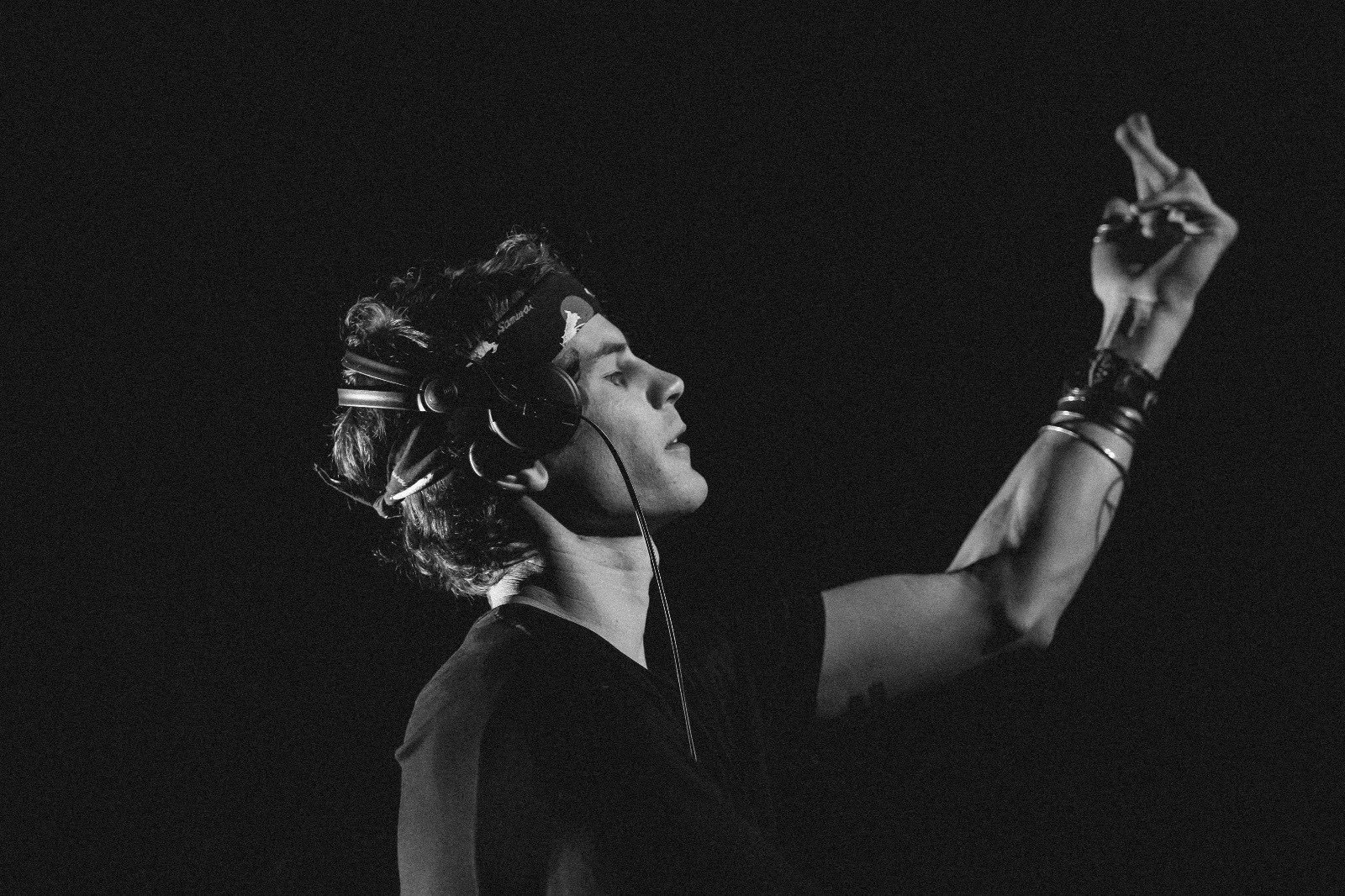 The music and impact i_o made on the scene will live on forever. As many continue to process his sudden passing, this is our tribute to him.

On November 23, the scene tragically lost the precious soul Garrett Lockhart, known to all as i_o. For many of us, we’re still in a state of shock and disbelief. Following the news of his passing, an overwhelming outpour of love flowed across social media from fans, producers, and DJs. You couldn’t ignore the kind words, shared memories, or photos of him smiling with his peers and fans.

Whether you were a fan or not, it was impossible to ignore his extraordinary trajectory in the scene. Within just a few short years there seemingly wasn’t a lineup without his name on it, and he could crank out tunes like no other that exemplified his unique take on dance music. As we continue to process this unexpected loss, we must pay homage to him and everything he accomplished.

Although i_o primarily produced techno music, his talents flowed across multiple genres. Since first emerging from the ashes of his previous alias, Fawks, he released an impressive arsenal of tunes on prominent labels like Bite This!, mau5trap, and most recently Armada Music. From his collaborations with Grimes, Tommy Trash, and Jauz to his solo work and remixes, anything he touched turned into gold. He brought a high intensity to every live set, and impressively, could easily smoke through a pack of cigarettes during any performance. It was an honor to see him soar over the past couple of years.

To honor the legacy of i_o and celebrate his life, we curated 30 of his most iconic tracks and our personal favorites as well. Tunes that will surely stir up some memories include “Audio Dust,” “Bad Things” featuring No Mana, “Death By Techno,” and his epic remix of deadmau5’s “Imaginary Friends.“ Our playlist also includes his more recent releases like “Castles In The Sky,” “Annihilation” featuring Lights, and “In My Head (Part 1).”

For everyone who knew, loved, and listened to i_o, just know you are not alone in how you’re feeling right now. We hope that our playlist will help you smile and think of your memories made while hearing these classic tracks played out loud at a festival, club, or even blasting through the speakers of your car. Read on more as our own staff members Grant Gilmore, Maria Clinton, and Raven Wright share their favorite memories. We miss you terribly, Garrett. We hope you’re at peace, wherever you are.

Stream The Essential || i_o on Spotify:

When the news came through that i_o had passed away it hit me really hard. I immediately was in denial, a confused state as to what was going on, and met with anger that someone who was doing amazing things was gone far too soon. Memories began to flood my mind because unlike many other artists… I was there from the jump with i_o. We were strong supporters of his work early on, we called the fact that he was about to be a massive name, and he continually delivered with each passing release.

I remember the first time I saw him at Beyond SoCal in 2018. It was on the Wide Awake Art Car and Space Yacht had brought him in to play, I couldn’t miss it. I dragged my friend with me to go stand in the rain and witness the set he was throwing down, from that moment on I was a huge fan.

He continued time and time again, to leave me impressed. Whether it was his techno tunes, ones with a progressive feel, remixes of other legends, or the sets that were jampacked with energy, I’ll never forget feasting my ears on his music.

When I asked him during our interview back in 2018 about the emergence of techno on mainstages, he said “The more people who are listening, the more community we have. You’ll always be able to tell the posers from the real music lovers, so don’t worry. Just keep the hate to a minimum, we all take time to discover what really moves us.” That message stuck with me then, and still to this day. Thank you, i_o, for everything you gifted to the world during your time here, we will always love you.

It was the first day of EDC Las Vegas 2019. My rave fam and I had just gotten through the gates where we made a beeline to the VIP section next to circuitGROUNDS to get organized before a long night of dancing in the desert. It was here that I fell in love with the edgy sounds of i_o. The rhythm kept a high octane punch and yet the melodies were brilliantly hypnotic. I remember standing there and taking it all in as his name flashed among the LED screens.

As I began to follow my friends towards the back of the crowd, I heard a tune that made me fall head over heels with an artist I had never thought to explore before this day. It was Above & Beyond’s “You Got To Go.” My mind lit up with elation! An incredibly popular trance track remixed to fit into the underground. Yes, please! More of that! Of course, the rising techno star would soon jump back in with a glorious remix of “Alchemy,” sealing his fate, in my eyes, as one of the most interesting and genius artists to emerge in the current scene.

His passing has sent shockwaves through my heart as I know that this was just the beginning for an artist who had the ability to reshape how we look at genre specifics and a man who may have one day ruled the industry.

My world flipped upside down when I heard “Low” by i_o en route to Beyond Wonderland SoCal 2019. I always check out the artists that I don’t know on the lineup because you never know who you’ll fall in love with, and he instantly captured my heart. I wouldn’t label myself a devout techno fan, but i_o opened the door to that realm for me. There’s one song, in particular, that left an imprint on my soul forever, “Audio Dust.” Words can’t explain the trials and tribulations that song got me through. There’s something incredible about a song that can make you escape within yourself. A song that quickly became my safe place no matter where I was. Since then, I made it my mission to see him live, and that dream became a reality in August 2019.

No one in my circle liked techno, so I made the boss move to attend his show at Halcyon in San Francisco on my own. It’s a small, intimate venue, and I couldn’t have asked for a better experience. To see Garrett smoking his cigarettes vibing to the music was a precious sight. I tend to get catastrophic at shows and prefer to chill in the back where there’s more space, but for this show, I politely pushed my way to the very front. For hours I stood directly in front of him and watched that spark shine in his eyes. To hear “Low,” “Death By Techno,” “Possession,” and “Come With Me” featuring Raito live was life-changing.

In the end, the thing that I will always love about i_o was his unique, dark, industrial, yet eloquent sound. He’s the reason I love techno today, and that’s the powerful thing about music – you never know what you love until you hear it. I’ve cried endlessly writing this because I still can’t believe you’re gone. I keep saying to myself, “I can’t wait to see i_o again. I can’t wait to hear “In My Head” live.” It doesn’t feel real that he’s gone, but I’m thankful that i_o left a piece of himself on this Earth forever. I love you, Garrett. Rest easy.

Leave a message with your memories of i_o on his socials: