As the COVID-19 pandemic continues to sweep the planet, the Rothbury Village Council has voted against the postponement of Electric Forest.

Update, 6:50pm PDT: Electric Forest has officially released a statement after the decision made today by the Rothbury Village Council. They are currently continuing to explore all options for alternative dates.

If you had planned on attending the festival this year, make sure those notifications for their social accounts have been turned on for the latest updates and information.

Forest Family: HQ has been working hard to explore alternative dates for Electric Forest 2020, and find a time that works best for both our community and our neighbors. pic.twitter.com/nLDHOYFbRm

Previously: The dominos have continued to fall one after another as festivals and events around the nation grapple with the coronavirus pandemic that has taken hold of the world. While major players like EDC Las Vegas and Coachella have found new dates in the fall, others like Lightning in a Bottle and Ultra Music Festival have been forced to cancel. Now, Electric Forest has become the latest to be added to the list.

The question of whether or not Electric Forest would press on was one on the minds of many who flock to the festival each year as others moved dates. Today, the Rothbury Village Council met to discuss the fate of the festival and its requested change of dates to September 10-13. The council then took a vote, denied the dates requested, and that effectively means that this year’s edition of Electric Forest has been cancelled.

As of publishing, there has been no official statement made by ForestHQ on the future of the festival. We’ll make sure to update this post the moment we receive their official statement on this vote, information regarding any potential refunds, and more.

This year’s edition of Electric Forest was set to feature a wide array of artists that showcased the history of the festival that would be celebrating a decade of existence. Headlining artists billed on the lineup included Flume, Big Gigantic, Louis The Child, Major Lazer, and multiple performances from The String Cheese Incident. 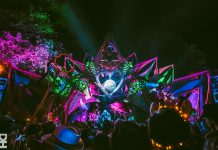 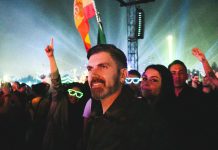 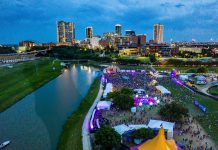